Today in 1904, US Patent 763973 A was issued, an invention of Michael Joseph Flynn and Dennis John Flynn, for their “Bottle.” There’s no Abstract, although in the description it includes this summary:

The subject of this invention is a bottle which while designed more particularly for containing beer and like beverages may be utilized for other liquids; and the principal object of the invention is to practically prevent to a considerable extent the improper reuse of the bottle. 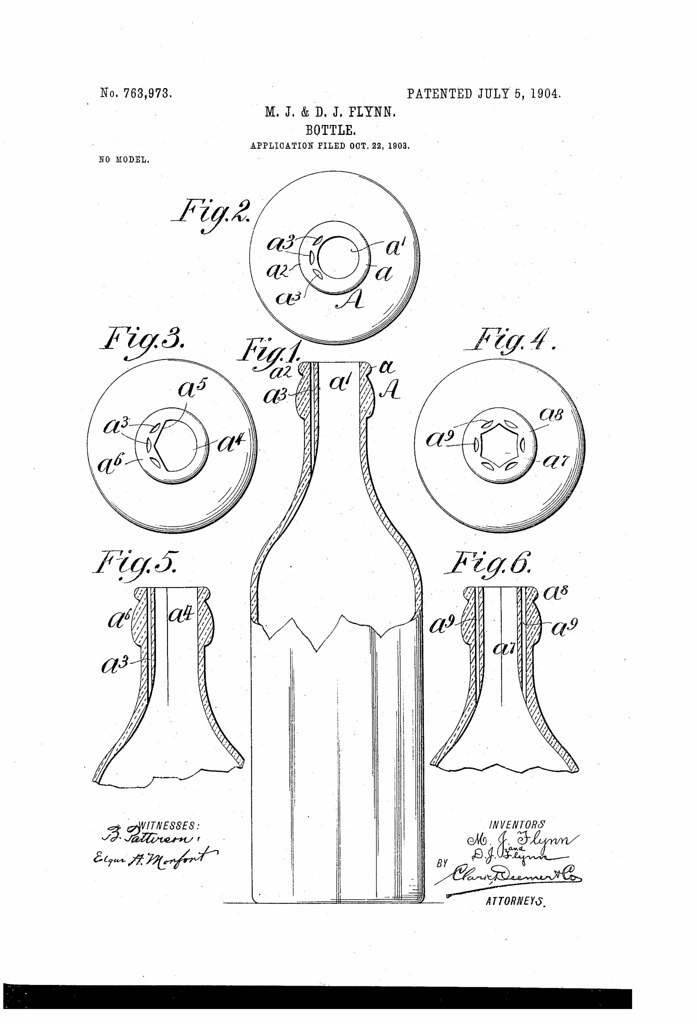