Today in 1915, US Patent D48217 S was issued, an invention of Frederick E. Anderson, for his “Design for a Drinking Glass.” There’s no Abstract, although in the description it includes these claims:

I have invented a certain new, original, and ornamental Design for a Drinking-Glass, of which the following is a specification, reference being had to the drawings forming a part thereof, wherein the side wall of the drinking glass is substantially straight from its lower end upwardly to a point near its top edge, at which point a pronounced outward curvature is developed in the form of a concavo convex bulge. This rounded or bulged formation is comparatively shallow vertically and terminates in the top edge, which edge is substantially in the plane of the straight side wall portion. It is thus characteristic of the design that the side of the glass presents a substantially straight line from its bottom to its top edge, save the outward bulge-which is adjacent to the top. 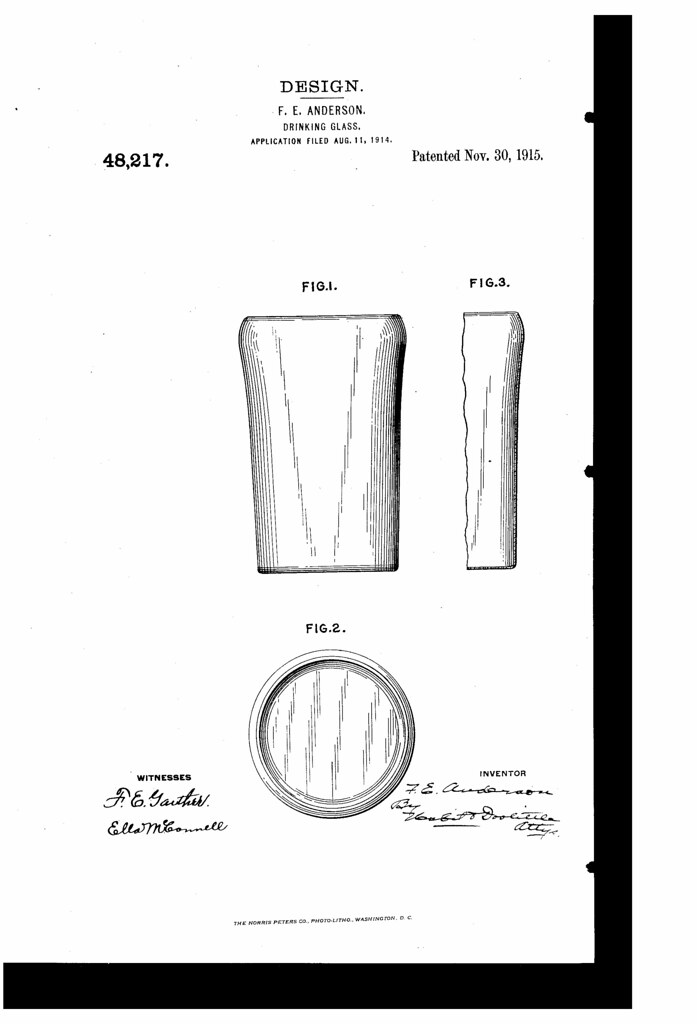