Today in 1947, US Patent RE22889 E was issued, an invention of Florian F. Dauenhauer, for his “Stationary Type Hop Picking Machine.” There’s no Abstract, although in the description it includes this summary:

Hops are raised on a trellis sixteen to eighteen feet in height. When ripe, the vines are out about four feet from the ground, the strings supporting their upper ends to the wire or trellis overhead being either broken by pulling on the vines or cut. Hand picking of hops, owing to the conditions surrounding the growing of hops, the shortness of the season, scarcity of labor and the like, is very expensive and the best hand picking leaves a large percentage of foreign material in the hops and the necessary sacking, boxing and delay in getting hand picked hops to the dry house often results in the discoloring, bruising and flattening of the hops themselves and entails many objectionable incidents.

My invention is an improvement over Patents Nos. 1,054,119 and 1,054,551 covering an apparatus and method for picking hops. In the patents, the picker drums are arranged in two horizontal rows with the drums in the upper row being disposed vertically above the drums in the lower row. The passage between the two rows of drums in the patented devices is therefore restricted in depth between each pair of drums and is of greater depth between adjacent sets of drums. This results in a passage having varying depths and the vines will be unnecessarily compressed each time they are moved through the restricted portions of the passage. The breakage of parts of the vines takes place more readily because of this. Moreover, the arrangement of the drums in vertical pairs leads to another disadvantageous feature of the machine. The hops are picked only where the vertical pairs of drums occur and no picking takes place between adjacent pairs of drums. The picking operation is therefore not continuous throughout the length of the passage.

One of the objects of my invention is to provide a hop picker in which the picking of the hops is continuous throughout the length of the passage through which the vines are moved. A further object of my invention is to provide a passage of uniform depth throughout. A more complete picking of the hops results and there is less breakage of the vines since the vines are carried through a passage of uniform depth rather than through one where the depth varies between each pair of successive drums. 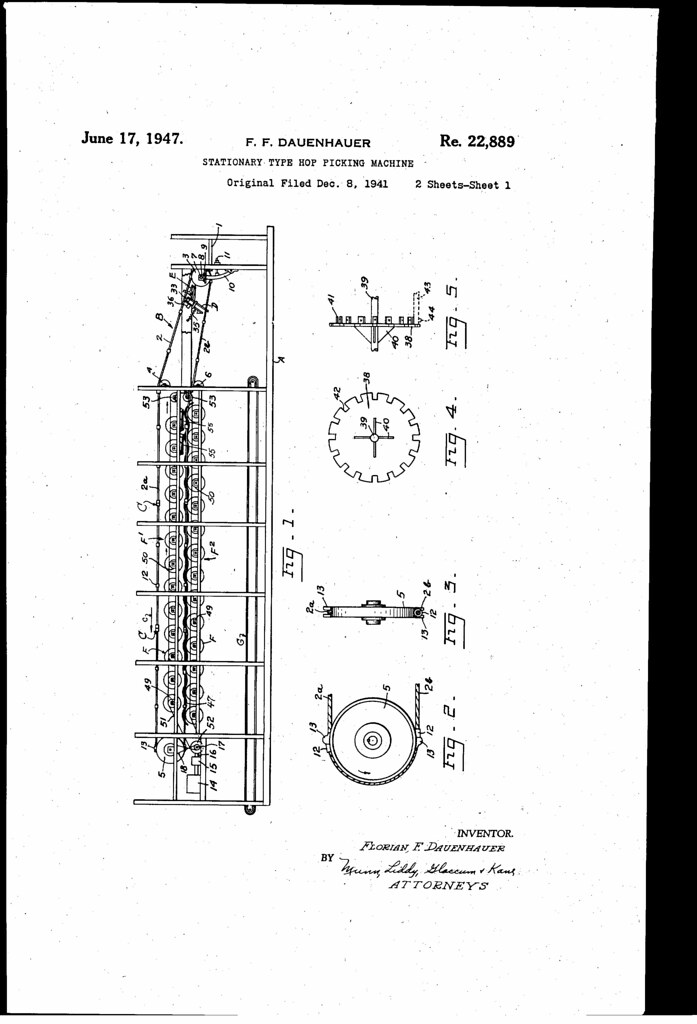 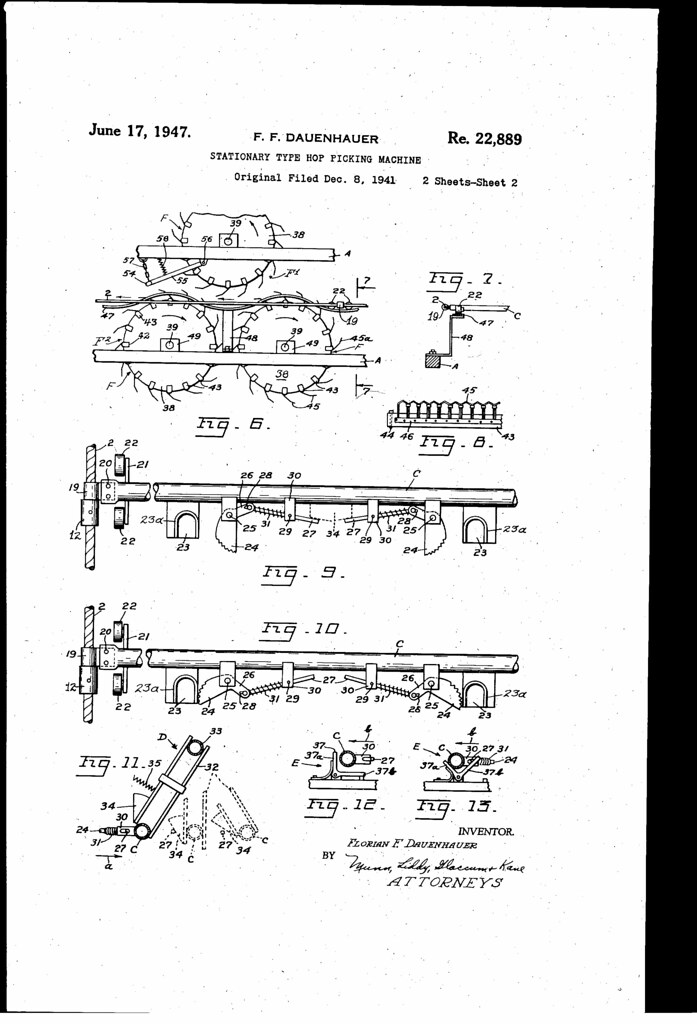