Today in 1963, both US Patent 3115149 A and US Patent 3115150 A were issued, and both are related inventions of Victor A. Sariotti and Arthur J. Tonna, assigned to the Burgermeister Brewing Corp., under the same name: “Tapping Valve For Beer Kegs.” There’s no Abstract, although the description for both patents is virtually identical, as is the accompanying drawings, although you can see a few minute differences if you look at them side by side:

This invention relates to the valve art, and more particularly to an improvement in a tapping valve for beer kegs.

In the valves of this type which are in use, the outlet port of the valve is located as much as an inch or more above the bottom of the keg. As a consequence, this port is uncovered to the pressurized gas before the keg is fully emptied. The keg still contains a number of quarts of beer. To minimize the loss of this beer, the keg is tipped, tipping blocks being regularly provided for this purpose, to maintain the valve outlet port submerged as long as possible. Even so, many ounces of residual beer remain in the keg and is lost to the purchaser.

it has been suggested that the valve be provided with a radially disposed tubular extension, the inlet opening of which is disposed immediately adjacent the bottom of the keg when the valve is open, thereby enabling substantially complete draining of the keg. The patent to Lamoureux 2,545,620 discloses such an arrangement. But while the tubular extension type of valve shown in this patent enables a substantially complete emptying of the keg, it does not lend itself to conventional keg handling practice.

Such kegs are returned to the brewery for cleaning while the valve is closed and subsequent refilling. Caustic solution is employed in the cleaning operation, and the tubular extension will entrap and retain an amount of cleaning solution, thereby rendering the use of such a valve unsatisfactory in practice.

In summary, the present invention is an improvement on the described tubular extension type of valve, in that means are embodied in the valve to render it self-clearing of cleaning fluids during the cleaning operation. 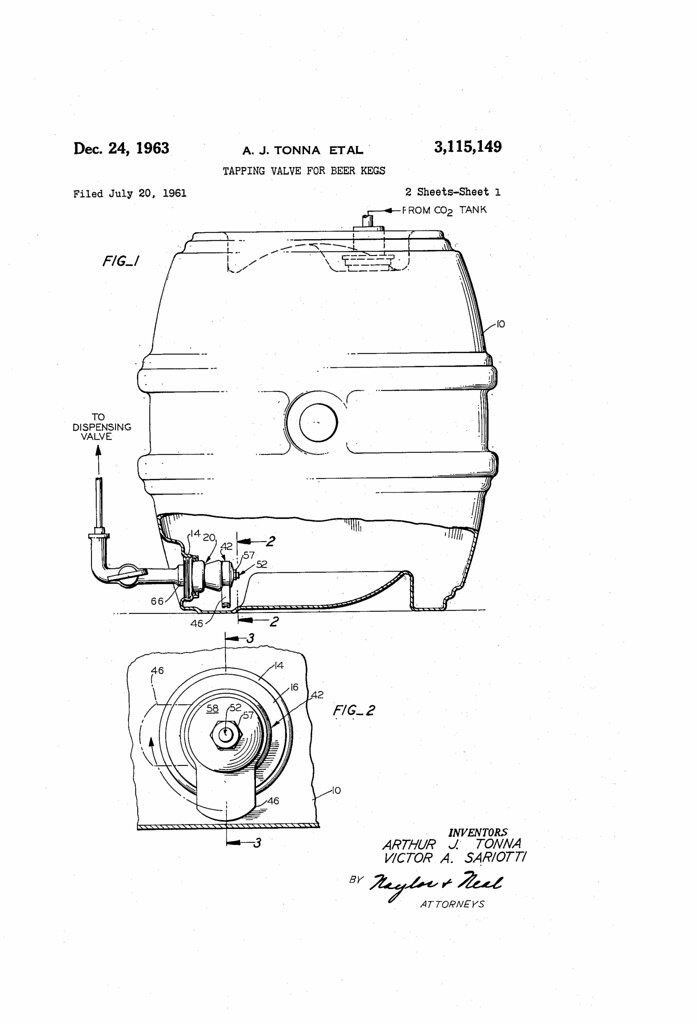 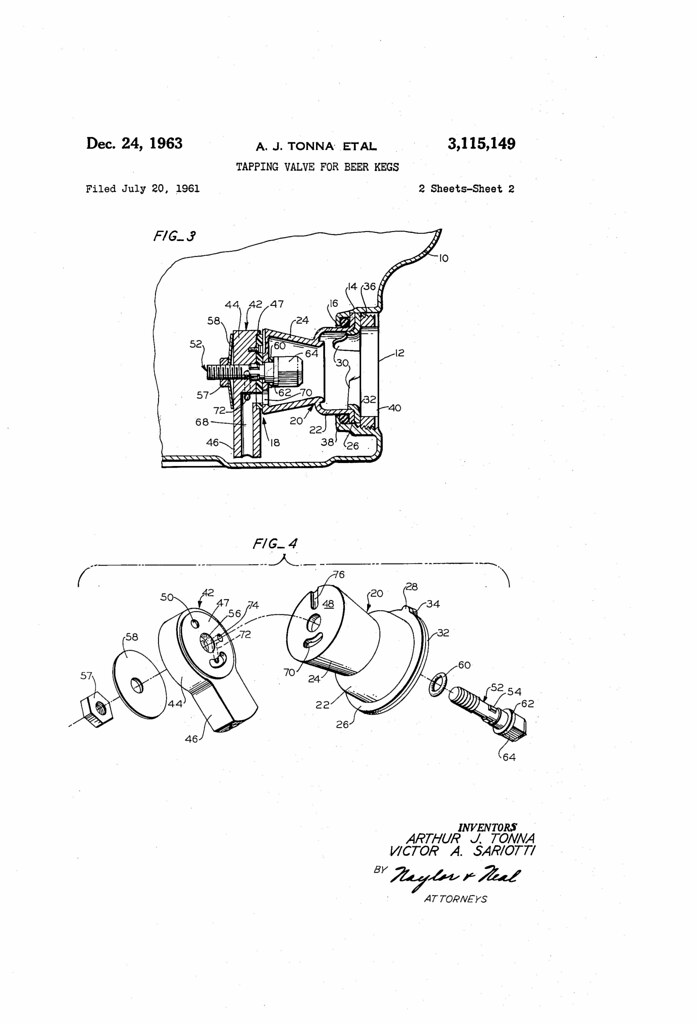