You are here: Home / Breweries / Pretty Beer To Stop Brewing

Sad news. Dann and Martha Paquette, co-owners of the Pretty Things Beer and Ale Project posted on their website today their decision to cease the operations of their company. Explaining their decision in For a Beginning, there must be an End, here’s what’s up:

Seven years ago we sold our first glass of beer at The Publick House in Brookline. We didn’t foresee then that our strange project would become such a part of our lives.

It has been a crazy fun time. We’ve dressed up in more costumes than a Bob Hope special. Amazing employees and friends have conspired with us along the way. Bocky, Anya, and John Funke have channeled our project almost better than we have done ourselves. And we found a rag tag group of like-minded creative brewers out there in the world as well.

Brewing our beers has been a great labor and a great joy. But best of all we shared it with so many great beer drinkers. It really feels like we met you all. We’ve stood in shops, bars, restaurants, on stages, in VFW halls. Sometimes you were already fans. Sometimes you spat out our beer. Sometimes you just fancied a chat. We always felt happy to meet you by the end. It was always fun, or funny, or we sold a beer, or learned something. Many of you became friends. We’ve loved drinking beers with you.

We hope our beers brought you joy and brought you closer together. There’s no greater goal for a batch of beer or a project like ours.

After seven years it’s time to draw the curtains and head off to a new adventure. A poorly drawn grain of barley called Jack D’Or made this whole thing possible. He’ll be coming with us.

Besides making great beer, Dann’s thoughtful approach to everything they do has been great to watch, if only from afar. The few times we’ve spent any time together I’ve loved talking philosophically with him and certainly hope his voice won’t be lost as he transitions to whatever adventure awaits him in the next chapter of his journey. And I wish Dann and Martha the best of best wishes going forward.

Pretty Things beer will be available until it runs out, probably sometime in January of next year. If I were you, I’d stock up while you can. 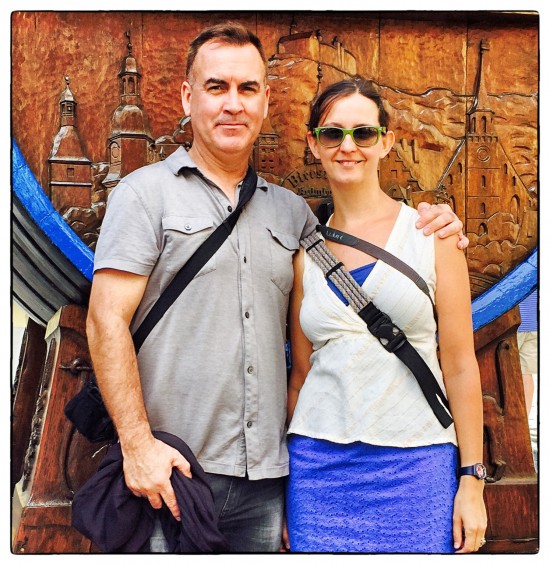