My friend Paul Marshall sent me this delightful little story about the state of the Prohibition Party in 2016. And yes, that Prohibition Party. Believe it or not it’s the oldest independent third-party still active, and they field a presidential candidate every four years. The party was founded in 1869, and its single defining platform was that they were, and still are, “opposed [to] the manufacture, distribution, and sale of alcoholic beverages.” I knew they were still around, hoping to convince people that Prohibition was really a good idea, and we should try it again, despite all evidence to the contrary. But what I didn’t know was just how small they’ve become. 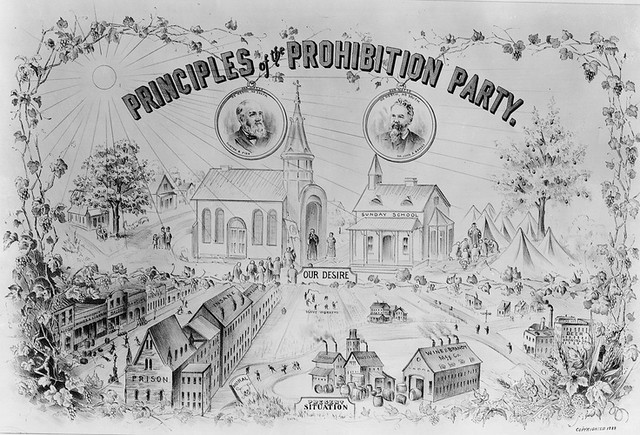 In their heyday, before the 18th Amendment passed, they were active in American politics and contributed to the discussion, and even after Prohibition was enacted, continued to agitate for even stricter controls until they faded into obscurity. How obscure? In the 2012 national election for President of the United States, the Prohibition Party candidate, Jack Fellure of West Virginia, received 518 votes. But that’s not even the low point. One of their 2004 candidates, Earl Dodge of Colorado (there were two that election due to a split in the party), got 140 votes. At their peak, in 1892, John Bidwell of California received 270,770, which represented only a little bit less than half a percent of the roughly 63 million people then in the U.S. Seven times they cracked the 200,000 vote line, though not since 1916. The last time they hit over 100,000 votes was 1948, and 1976 was the last time they garnered more than 10,000. In the last three elections, less then 1,000 people voted for the party candidate. 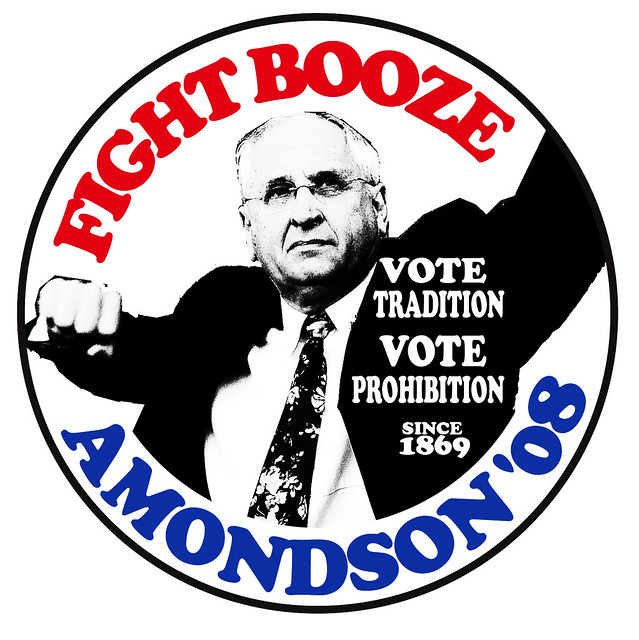 2008 Prohibition Party presidential candidate Gene Amondson of Washington state, the last year for which they’re selling buttons on the party’s website store. When I say store, it’s actually a Cafe Press store, and the party website itself was created for free using Wix.com. The party coffers are apparently not very full.

According to the Guardian article by Adam Gabbatt, A sobering alternative? Prohibition party back on the ticket this election, revealed that this year’s candidate is Jim Hedges of Pennsylvania, and his running mate is Bill Bayes of Mississippi. Hedges is actually the only known member of the Prohibition Party to have held any elected office — local, state or national — in the 21st Century, when he was the Tax Assessor for Thompson Township, Pennsylvania between 2002 and 2007.

Gabbatt went to Pennsylvania to interview the candidates, and it’s a fascinating read. It’s interesting to hear him talk so matter-of-factly about such an anachronistic idea that most people have moved past, with the obvious exception of the anti-alcohol groups that still exist. But even they seemed to have abandoned trying to get Prohibition going again (even though they’d certainly be in favor of it). Instead, they’ve been slinging mud and trying to disrupt the manufacture and sale (though especially access and advertising) of alcohol pretty much since before the ink was dry on the 21st Amendment.

Not surprisingly, the makeup of the membership skews to an older demographic, and according to Hedges “the current members are over 50, many in their 70s and 80s, and many are ultra-conservative.” But one of the most surprising reveals in the article is just how small the Prohibition Party of today really is. Hedges said that there are “currently about three dozen fee-paying members, who each contribute $10 a year.” So that’s $360 the party receives in dues for the year, plus there was a trust set up in the 1930s that provides additional funds. In most elections recently, that’s allowed them to be on the ballot in just one state, though this year Hedges is hoping to make it onto the ballot in six states, with an ultimate goal of getting 1,000 votes in each. But he’s realistic about his changes of becoming president, which he states are simply. “Zero. None whatsoever.” Still, despite the great divide between his party’s platform, and my own politics, I still think he’d make a better president than Donald Trump. If only there were a button available. 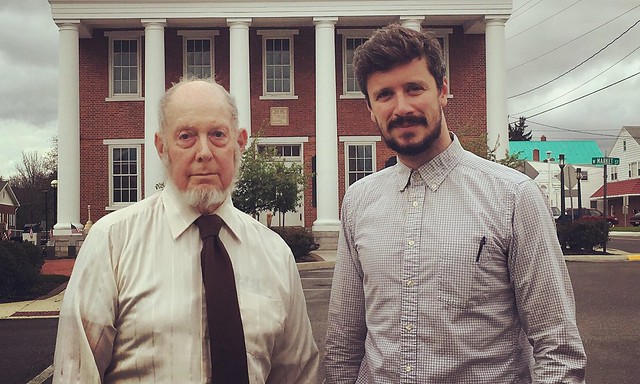