Unless you’ve been living under a rock for the past twenty-four hours, you’ve no doubt seen the provocative article on Slate, Against Hoppy Beer, The craft beer industry’s love affair with hops is alienating people who don’t like bitter brews, by Adrienne So. I’d been hoping to avoid taking the obvious bait, but I find myself thinking about the article itself, the way it’s gone viral and the two camps that have been set up online defending or decrying it.

From Slate’s point of view, it’s a massive success. As of this morning, almost 1500 people have left a comment, nearly 4,000 shared it on Facebook, and it’s currently one of the most read and shared articles on Slate. That’s eyeballs on the page; that’s money in the bank. But the article itself, though there are a few deep flaws, isn’t itself that inflammatory. It’s that headline, or as Stan points out: headlines. Because while the page itself displays Against Hoppy Beer, The craft beer industry’s love affair with hops is alienating people who don’t like bitter brews, e-mailing it changes the headline to Hops Enthusiasts Are Ruining Craft Beer for the Rest of Us and bookmarking it saves the headline Hoppy beer is awful — or at least, its bitterness is ruining craft beer’s reputation. If you look in your browser bar where the URL you’re at is displayed, you’ll see that’s what it’s titled online in the address. To me, that suggests that the last one was Slate’s original online title and the plan from the beginning was to pull people in with intentionally inflammatory, and somewhat misleading, headlines. It’s certainly not the first time, for them, or many other websites. I can’t speak for everyone, but it’s a rare article of mine that has the same title when I started as what ends up printed on the page or displayed online.

To me, that’s the ticking hop bomb, not necessarily the article itself, that discourse so often happens online in response to something incendiary rather than just as a desire to have a discussion or to address issues important to us a loosely defined group. 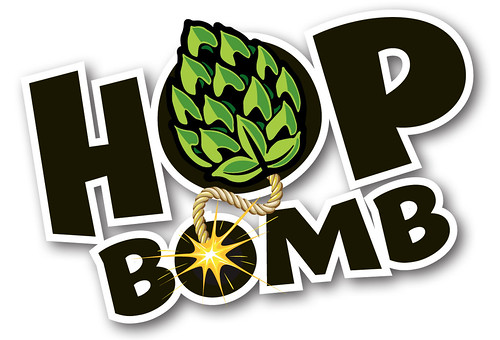 Because the issue of balance in beer is certainly a worthy one. Or as Stan Hieronymus muses.

It’s good to call for balance in beer, and too bitter is too bitter. Although perhaps there could have been a little more, well, balance. Maybe more about why there’s more to “hoppy” than bitterness.

But if the transition from bland, flavorless macro beer to a craft beer landscape should have taught us anything, it’s that there’s plenty of room for lots of kinds of beer: hoppy, malty, sour, dark, light, etcetera, etcetera, etcetera. That hoppy beers have been in ascendency for a few years now is certainly true, but so what? All flavorful beer is selling more and more each day.

So admits that “[n]ot all craft beer is hoppy. There are many craft breweries that seek to create balanced, drinkable beers that aren’t very bitter at all.” How could she not? She blames Sierra Nevada Pale Ale for starting it all, perhaps forgetting Anchor Liberty Ale was the first beer to use Cascade hops and was considered very hoppy in its even earlier day. But as Jeff Alworth correctly points out, it wasn’t so much that those beers introduced imbalance, they re-introduced a new mix of flavors, ones which emphasized a bit more hop character than a majority of Americans were familiar with in the 1970s. I was alive, and drinking then, and can tell you there were not a lot of hoppy beers to compare these with. As Alworth puts it. “That was shocking because we’d slowly leached all hop character from hops and told customers that bitterness was the enemy. THIS was the bizarre position.”

Maybe it’s the bubble of Portland that has given So the impression that hoppy beers are the big sellers, but again, as Alworth points out. “When you look at the best-selling craft beers, they’re not hoppy: Fat Tire, SN Pale, Boston Lager, Blue Moon, Widmer Hef. Those five beers account for at least four million barrels—something like a fifth or a quarter of the market.” For several years, IPAs have been the fastest growing category in mainstream grocery stores, as reported by Nielsen and IRI, but you have to remember that’s from a very small base, and is not representative of the market as a whole. But even that aside, breweries are at heart, businesses. If their hoppy beers were not selling, they’d stop making them. Which raises the question. How can something that’s selling, and selling, be ruining a market that continues to keep growing? I’ve heard brewers tell me that they feel like they have to have at least one hoppy beer in their line-up, because customers expect it, and want it. Does that sound like a situation in which hoppy beers are alienating the customer? Or ruining the market?

Whenever I hear the canard that people don’t like bitter flavors, one word leaps to my mind: coffee. Please tell me again how people won’t drink something bitter? Go ahead, I’ll wait until after you’ve had your morning cup of joe, or even your Earl Grey tea. Even if you’re adding milk or sugar, it’s still a bitter concoction to some degree. Bitter is one of the basic tastes humans experience, and is present in virtually everything we eat and drink. Are there times when it’s too much? Of course, just as there are beers I find to be too sweet, or display too much oak character in a barrel-aged stout. Balance is the key, but sometimes even balance can be overrated, if done well. If every beer was balanced in the exact same way, they’d all taste the same again. And we all know what happened to American beer when that was the case. There’s room in the beer world for all manner of beers on the continuum of possible flavors, and if you want something that’s not overly hoppy, there are many, many choices available. So concludes by suggesting what she believes everyone who loves, or is obsessed, with hops should do now. “Give it a rest.” To which I can only reply, in the words of the great Marcel Marceau, who spoke the only word in Mel Brooks’ film Silent Movie. “No.”

What I’d really like to see given a rest is the attention-getting, inflammatory headline in which the article that follows can rarely back up its provocative premise. It’s the schoolyard equivalent of “look at me, look at me!” It’s like saying hoppy beers are ruining craft beer, or they’re just awful or that they’re alienating people. Those are just headline grabbing stunts to lure people in. And, sadly, it works. But it doesn’t seem to do anything to further what might otherwise be a valuable discussion about the changing nature of peoples’ tastes, preferences and the marketplace. And now I think it’s time to go to the refrigerator and grab a Pliny. After all this, I sure hope it still tastes good.

UPDATE: And while I was writing this, Jeff Alworth also posted his own response, Hops Are Not A Problem, which is worth taking a look at, too. As he nicely points out, bitterness is relative, hoppiness isn’t just bitterness and different regions have different styles.