You are here: Home / Breweries / SABInBev Will Control 6 Of 10 Best-Selling U.S. Beers

According to a new report in Business Insider, the new entity combining Anheuser-Busch InBev and SABMiller will control six out of the ten best-selling beers in America, and it would have been eight, except the deal currently stipulates that “Molson Coors will take Miller off of SABMiller’s hands.” But I especially like the handy flowchart they created to show the evolution of the various companies that will come together to become SABInBev, or whatever they end up calling the new beer behemoth. Sadly, it looks like SABMiller, or what’s left of it, will simply be absorbed into ABI. 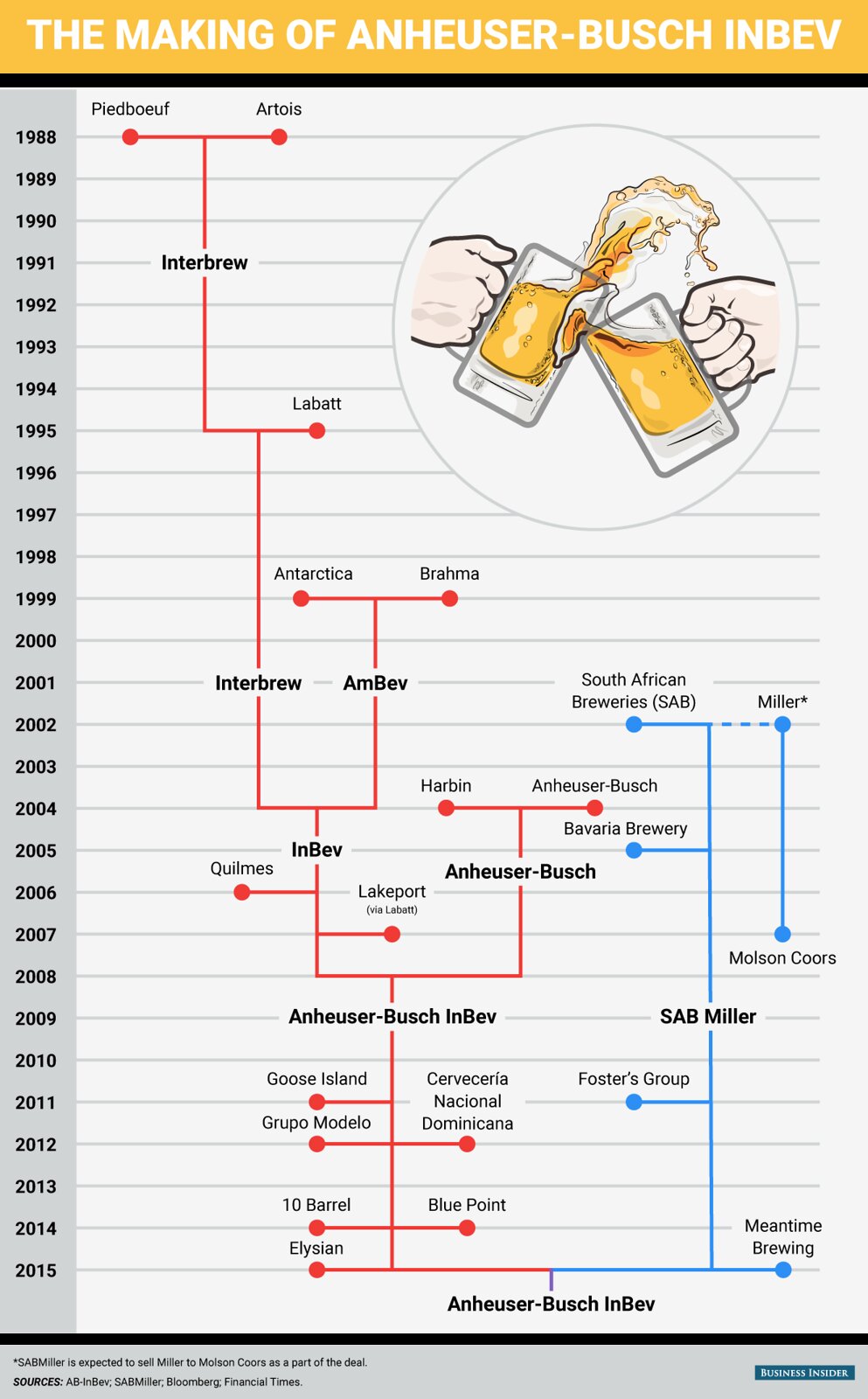