You are here: Home / Beers / Session #118: Guess Who’s Coming To The Beer Dinner

For our 118th Session, our host will be Stan Hieronymus, who started the Session writes Appellation Beer, among much else. For his topic, he’s chosen to give us an interesting exercise, more like a game called Who You Gonna Invite?, which asks this simple question. “If you could invite four people dead or alive to a beer dinner who would they be? What four beers would you serve?” So maybe not so simple when you start to really think about it, but here’s what else he has to add about our assignment.

If the questions look familiar it might be because we played the game here nine years ago. It was fun, so let’s take the show on the road. To participate, answer these questions Dec. 2 in a blog post (or, what the heck, in a series of tweets). Post the url in the comments here or email me a link. I’ll post a roundup with links some time the following week.

It seems like such a simple task. Just pick four people and four beers. But of course, there’s nothing easy about it at all. First, the people. Choosing four also means leaving out innumerable others, so that has to be factored into the decision. Whoever you pick, dozens (hundreds, maybe) more have to be left off the guest list. I like a lot of people, and have, I like to think, wide tastes so there are a lot of people I would like to include. But then there’s also the mix of people. You want the group to have good chemistry, to get along, or at least respect one another enough to keep the conversation enjoyable even if there are disagreements.

Then there’s the “dead or alive” part of the equation. That ups the ante, I think. Because while I think it would be a great dinner with just some of my favorite beer writers. I would happily pass an evening dining with Stan, Stephen Beaumont, Lew Bryson and Emily Sauter (with apologies to my fellow writers I didn’t choose). But if I could invite Michael Jackson or Fred Eckhardt, what then? That would certainly change the guest list. Should you choose Pliny the Elder or Pliny the Younger (the man, not the beer)?

Or would I choose four of my favorite celebrities? Maybe Elvis Costello, Phoebe Cates, Harrison Ford and John Cleese. And not necessarily a celebrity in the conventional sense, but Noam Chomsky would be high on my list. I’d also like to invite the reclusive Bill Watterson, creator of Calvin & Hobbes, although he probably wouldn’t come. But add the deceased to the mix and I might go with Bill Hicks, Katherine Hepburn, Maynard Ferguson or John Updike. Or I might go more obscure, with people like William Gruber, who invented View-Master, or Jay Ward, who created Rocky & Bullwinkle. If we could choose fictional people to invite it would be pretty easy: Indiana Jones, James Bond, Simon Templar and Captain Malcolm Reynolds, from Firefly.

What about family? There are certainly unanswered questions I have for both of my parents and the grandfather who died when I was still an infant. And I would love to pick the brain of Johann Stamm, my ancestor on my Mom’s side who first emigrated to Pennsylvania from Berne, Switzerland in 1745. I know almost nothing about him, apart from where he was born, and the fact that he was an anabaptist and a farmer. And I would love another chance to talk to my Uncle Wilbur. He wasn’t really my uncle, but was my grandmother’s second husband, who she divorced before I was even born. He was an alcoholic, and when he was trying to get sober, he lived in our basement for months, maybe a little over a year, I’m not sure how long it was. But when no one else would have anything to do with Wilbur, my mother took him in. He was kind to me; he encouraged me to try new things, and we became close. Then one day he got better, I guess, and left. I rarely saw him after that, and I would love to know more about his life. When my mother died, he came to the funeral, and because my grandmother did not want him there, he paid his respects from a distance, and I can still see him clearly standing beside a tall tree, remote and separated from the rest of the people at the gravesite, openly weeping. I still get choked up at the memory of seeing him there, and I wish I’d had an opportunity to know him better.

Or what about some of history’s most famous. Who wouldn’t want to share a beer with Leonardo Da Vinci, Aristotle or Albert Einstein. For conversation, who wouldn’t want to sit at a table with Oscar Wilde, Samuel Johnson, William Shakespeare and Ben Franklin. I’ve always had a thing for U.S. history during the time of American Independence — and I make my family watch the musical 1776 every 4th of July — so I would love to raise a tankard with Thomas Jefferson, John Adams, George Washington and James Madison. I’m also an inveterate art lover, so I’d love to sit down with Rene Magritte, and my daughter was named for suffragist Alice Paul, so it might be interesting to include her, too.

So thinking through the available options and opportunities, I don’t feel any closer to choosing my four guests, but I guess I have to make up my mind. Since there’s a chance, however remote, that I might be invited to have a drink with someone who’s still alive, the chance to spend time with someone previously deceased is just too good to not take advantage of. 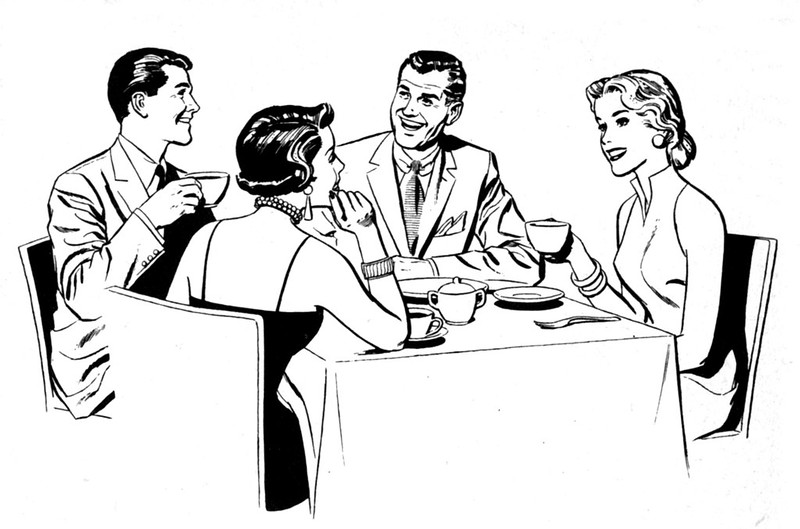 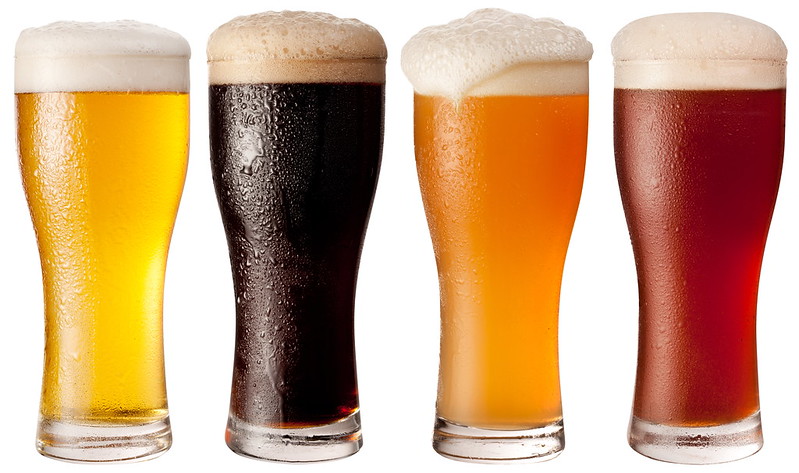 The same holds true for the beers you choose, too. I’m assuming, since the people you invite can be alive or dead, that the beer can be, too. Which would mean you could choose any beer, fresh or centuries old. How amazing would that be? Amazing, maybe, but no less difficult. So which four beers?

Since according to Stan’s instructions this is meant to be a “beer dinner,” and there’s no word on what the food might be, we have to assume it can be anything, and possibly would be dictated by the beers chosen. So like the exercise of choosing guests, the beers are tough to pick, too. You want something special, I think, something worthy of the guest list. I think you’d want a mix of beers, not all the same, and a progression from first to last, from appetizer to dessert.

But while the beer is important to a successful beer dinner, it may not be the most important aspect of it. Beer is in the title, of course, but I also think that it really doesn’t matter too much. The fact is that what makes a beer dinner great has as much to do with the company as the chef’s skill, the brewer’s magic and whoever paired the two together for each dish. I’ve had great food and beer at dinners but sat alone or with people I hardly knew and would have been just as happy at home. I’ve also had so-so food and beer choices but because I was with people I loved, respected or both, it was an amazing evening. The point is, while it may seem counterintuitive, I don’t think the beer is the most important ingredient in a beer dinner. The people are what elevate a good beer dinner to a great one.

So for that reason, I didn’t put nearly as much thought into the beer as I did the guest list. I think it’s enough to choose four beers I love, and would like to share with my friends at the table. And that’s true at this fancy exercise of a beer dinner or a simple get together with a few friends.

There are pleny of beers I’d like to include, such as Anchor Spruce Beer, which they made one time in 1991 for GABF’s 10th anniversary. I was one of the few people to really love it — even Fritz Maytag thought it had too much spruce character — but since I’m almost alone on revering it, I won’t do that to my guests. But I will pick just four beers that I do really love. Are they my favorite beers of all-time? Nah, I don’t think I have a list like that. Beers are too much of a time and a place for that kind of list making. So I think it’s best to pick four I’d like to drink right now, and want to share with my guests.

Here’s the beers to be served: