Our 44th Session is an appropriately scary one, with Halloween at the end of the month. The Session is hosted by Ashley Routson a.k.a. The Beer Wench. She’s chosen “Frankenstein Beers” as her topic, which Ashley likens to Frankenstein’s monster, a creation that was “constructed of human parts and various other inanimate objects,” defying nature’s laws and ultimately “unlike anything the world had ever seen before.” She continues.

Many craft brewers are like Frankenstein. They have become mad scientists obsessed with defying the laws of brewing and creating beers that transcend style guidelines. These “Frankenstein Beers” challenge the way people perceive beer. They are freaks of nature — big, bold and intense. The ingredients resemble those of a beer and the brewing process might appear to be normal, but some aspects of the entire experience are experimental, unorthodox and insane.

An altercation with these beers produces confusion in the eye of the taster … is it a beer, or a monster?

Your mission, should you choose to accept it, is to write a blog post on “Frankenstein Beers.” There are no rules about how to write about this topic — feel free to highlight a Frankenstein brewer, brewery, beer tasting notes … or just your opinions on the concept. 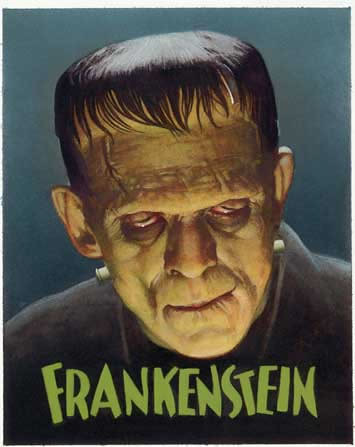 A Modern Prometheus. Prometheus was the Titan who stole fire from Zeus and gave it to mankind. “Zeus then punished him for his crime by having him bound to a rock while a great eagle ate his liver every day only to have it grow back to be eaten again the next day.” Modern brewers also damage our livers each day, but luckily it’s still intact when we wake up with only a hangover the next day.

But Frankenstein is also considered an allegory for the dangers of messing with nature and the idea that science can be bad, a common theme at the dawn of the industrial revolution. But Frankenstein’s monster only became so monstrous because his creator couldn’t bear the thought of being his father and banished him. The monster reacted badly to being abandoned along with people not being able to see the good inside of him, his ugly exterior was all they could see. That’s what caused him to become violent and seek revenge on Dr. Frankenstein. His creation could have been quite positive had it not been for the way he was treated. And so Frankenstein is considered a cautionary tale, though it really didn’t have to turn out that way. And it’s for that reason that I consider the notion of Frankenstein beers as a very positive development in the world of brewing.

In the last thirty years of craft beer, brewers as confident and skilled as Dr. Frankenstein eschewed traditional styles either by building on them or simply ignoring them to create their own monster beers. But they loved them and nurtured them, and never abandoned them. And I think that’s why we love them, too. No pitchforks necessary. The American craft beer scene, and more recently the world beer scene, has become a landscape filled with Frankenstein-like beers, unique and unusual and beloved. Unlike Mary Shelley’s Frankenstein, today’s monster beers are quite wonderful and prove the science of brewing in a post-industrial age doesn’t pervert nature but raises it to an art form. To me, the best of today’s beers can be described as a balance between art and science. Some breweries are overly scientific and create bland, tasteless beers that are very well-crafted. Others are artistic leaning endeavors that are ambitious and creative but are often inconsistent and/or technically flawed. But the best hit that Goldilocks sweet spot that balances the two.

They also don’t follow traditional styles, preferring their own path. And the best of those new ideas are copied — the sincerest form of flattery — creating new kinds of beer and driving many Brits and others who hate the explosion of new beer categories absolutely bonkers. But at the Great British Beer Festival, the American export booth is one of the most popular spots at Earl’s Court. People may complain about the new monster beers, or at least the American predisposition to categorize them, but they’ll line up to drink them all the same.

It may be Halloween month, but when it comes to beer, Frankenstein is alive and well throughout the entire year. I just think of him as a friendlier monster, more like the 60s cartoon Frankenstein Jr. 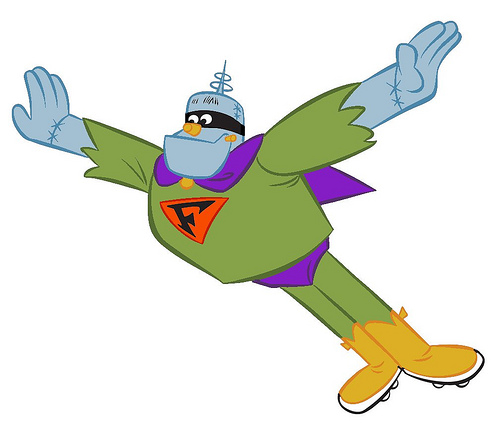