The Distilled Spirits Council, a trade organization for producers of distilled spirits, just released their annual report on how spirits are doing relative to the other alcoholic beverages. Vodka continues to lead the spirits parade, with rum in second and tequila in third. 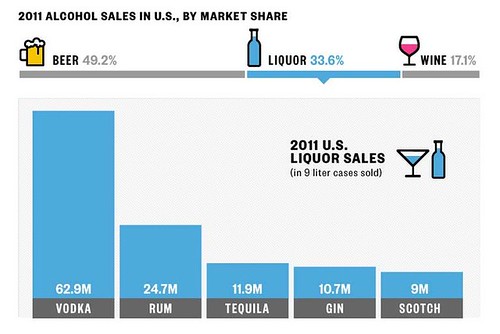 While beer continues to be the most popular adult beverage, spirits once again took market share from beer, which was up 4% by sales in 2011 over 2010. According to their figures, beer currently enjoys 49.3% of the alcohol market, with spirits having 33.6% and wine 17.1%. [Note: I can’t account for the 0.1% difference in the two charts. They’re supposedly taken from the same source, though the one below is directly from the Distilled Spirits Council.] 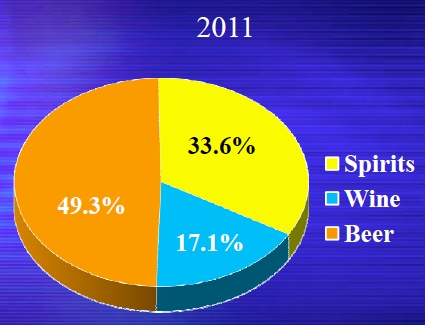 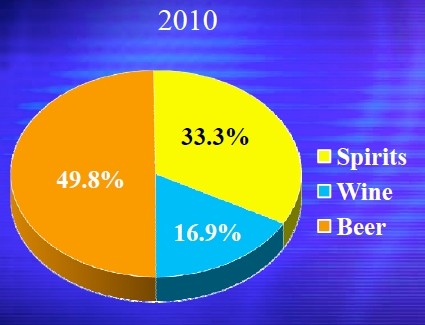 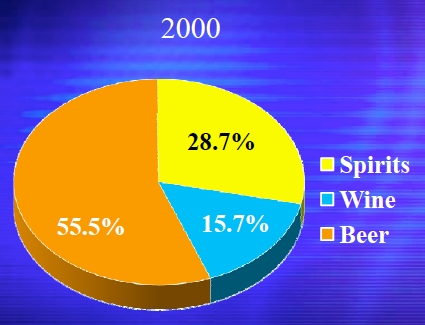