You are here: Home / Beers / The First Brewery In The Americas

While I don’t have many specific details, the first Western-style brewery in the Americas began today when Don Alfonso de Herrera was granted permission to build a brewery on December 12, 1543. He built it near Mexico City the following year, opening in 1544.

Although the story began at least three years before, the specific details vary widely depending on which source you look at, I’ve done my best to piece it together as best I could.

Hernán Cortés was a Spanish Conquistador who led the expedition that led to much of South America and Southwestern North America being conquered by Spain. Cortes arrived in what today is Mexico in 1519. They found that the native population enjoyed traditional fermented drinks such as pulque, zendecho (pulque corn), izquiate, and pozol (or pozoles), chinguirito, tepaches, mesquite wines, chicha, the zambumbia and tesgüino. Initially, beer brewed with barley was produced in small quantities by Cortés’ soldiers, but it was very limited due to the lack of supplies.

On August 23, 1541, Don Alonso de Herrera, from Seville, Spain, submitted an application to the Spanish government hoping to receive royal authorization to build a commercial brewery in New Spain, which is what Mexico was called at that time. His application was debated in Madrid by the Council of the Indies, which Charles V, King of Spain and the Holy Roman Emperor, used to administrate his North American territories. The following year in the city of Nájara, on either June 6, 1542 or July 6, 1542 (sources vary), either Alonso de Herrera signed a contract with the Crown or Emperor Charles V (who apparently loved beer) signed a decree (or Royal Charter) giving him permission to establish his brewery in the New World (again, there is conflicting information about this).

Whichever is correct, the deal with the crown was this. Alonso de Herrera received a license to brew beer in New Spain (the “Indies” apparently was what was written on the agreement) exclusively for a period of twenty years. “He was liable to pay one third of his profits in tax, supervised by the Viceroy, Antonio de Mendoza. The price of beer was estimated at 6 reales (20.1 g or 0.7 oz of silver) per arroba” (a unit of measure equal to 25 pounds or 11.5 kg in Spain).

The Crown, in return, made him Corregidor (district governor) of an area of the valley of Mexico inside what is now Mexico City where the hacienda (estate) “de El Portal,” the site of the brewery, was situated. This allowed him, among other privileges, imports free of excise duty.

The agreement also stipulated that he was also permitted to manufacture other goods, such as “naveta oil, soap and blonde.” I think naveta oil is possibly shipping oil but I have no idea what they meant by “blonde.” But he had one more hurdle to get over, and that involved getting permission (probably a formality) from the Viceroy of New Spain, who at that time was Don Antonio de Mendoza. On December 12, 1543, Mendoza formally granted him permission, issuing him a permit to build his brewery, and he began at once. He also granted Herrera “land to grow hops and other necessary plants.”

Alonso de Herrera hired Flemish brewers, who brought “tackle, boilers, and other equipment necessary for brewing.” According to the terms of the deal, the Crown had also agreed that Alonso de Herrera would bear the costs on the workers he took with him. But he also received an exemption from the payment of any import tax on what was transported to and from Spain, and was also given two hundred slaves from Portugal, Cape Verde and Guinea, which would be used for the building of the brewery.

Herrera’s brewery struggled during its first years, as alcohol consumption was highly regulated by authorities, and the new brew had to compete with native beverages. It was also more expensive due to the lack of ingredients. However, the beverage caught on, as it was drunk by colonial authorities, leading others to want it as well. Herrera worked to expand his brewery and the land on which wheat and barley were raised. In the long run, Herrera’s brewery did not survive, and the production of European-style beverages such as beer and wine were heavily taxed and heavily regulated by Spain to protect home markets. The purpose of this was to make colonials import these products from Europe.

Herrera also sent lavish gifts to Emperor Charles V, and Viceroy Antonio de Mendoza was supplied with all the beer he could drink, which must have helped grease the wheels. Because wine was scarce, beer did become more popular, although the price did rise to more like 8 reales, mostly die to shortages of wheat and barley. Beer was sold primarily in the markets, plazas, and in a tavern Herrera built. “Beer production suffered ups and downs,” and he even had to stop production briefly when “some of his brewers decided to return to Flanders, and others chose to work in the mines of Mexico to make good money. However, from 1549 production increased: 1,158 pounds to be made between 28 January and 25 October 1549-an average of 128.6 pounds per month- and reached 4,192 arrobas between the last date and 8 May 1552, which places the monthly average in about 246.5 pounds, as noted by Emilio Luque Azcona.” The fate of the brewery is not known with any certainty, although it appears to not have survived Herrera’s death, although I’ve been unable to find when that was exactly. The last mention of it in the historical record appears to be in 1552.

While El Portal is thought to be where the brewery was built, its exact location is unknown, but it is thought to have been located in the south of Mexico City (where Metro Portales is today) or in Amecameca, Mexico State. Another source puts it “near the so-called Paso de Cortés.” 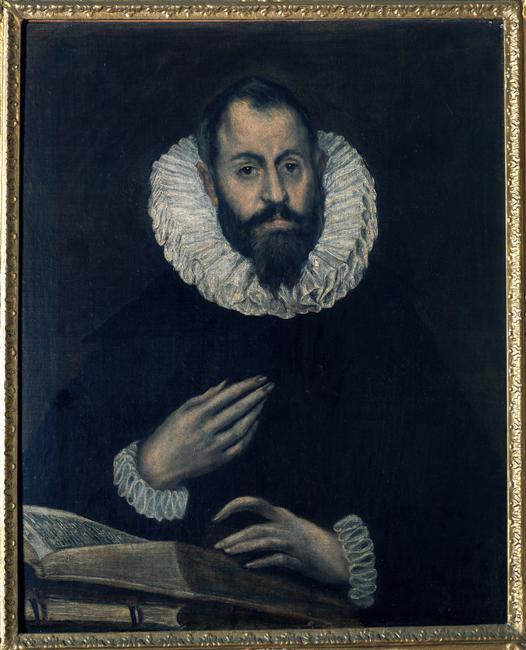