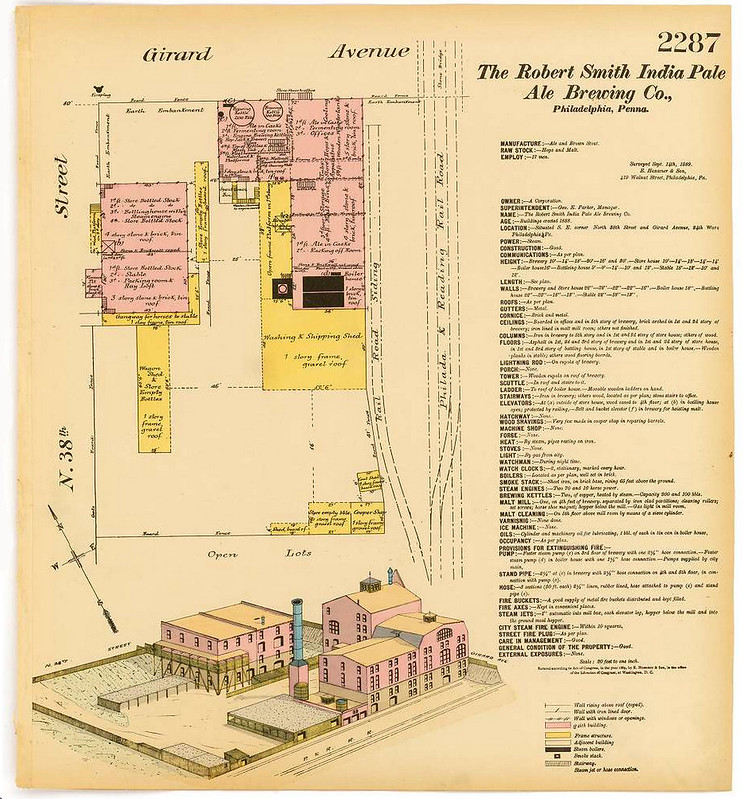 The brewery was located in West Philadelphia, in the 24th Ward, at N. 38th St, Girard Ave and Philadelphia and the Reading Railroad. The survey also includes some interesting tidbits in the text at the right, a laundry list of architectural facts and figures. For example, the brewery was powered by steam, had two copper kettles — a 100 bbl and 200 bbl vessel — and employed 17 people. Below is a blow-up of the brewery illustration, showing the brewery property and grounds.