You are here: Home / Beers / The Yulesteiner Brewery

Today is Yule, observed each year on the Winter Solstice, and originally part of Germanic pagan beliefs, but later brought into the Christmas observances, like many aspects of our modern holiday. Another modern tradition is the model train around the tree or Christmas train, especially among families with a train enthusiast. I have one in mine — my son Porter — so I tend to notice these things.

There’s another modern tradition, perhaps less common, but no less elaborate, known as the Christmas Village, or something like that, a subgroup within the miniature village and dollhouse crowd. One of the local train shops we frequent is known as Dollhouses, Trains & More, and has abundant inventory of these villages. They’re sold one piece at a time, so you can go as simple or as elaborate as you want, as it is with most hobbies. Also, like many collectibles, new parts of the village are introduced every year, while others are “retired,” making the desirable ones go up in value. Maybe this is anecdotal, but these seem to pair up in some families, with one member of the family collecting trains and the other the villages. It brings balance, I guess.

So anyway, I noticed one the other day which was pretty funny, the Yulesteiner Brewery, from the Lemax Company, one of the big companies in model villages. It’s a brewery that’s part of their Caddington Collection, a Christmas village described like this. “The charming Caddington Village Collection captures the elegance of the Victorian Era, with its detailed architecture and colorful daily life.” 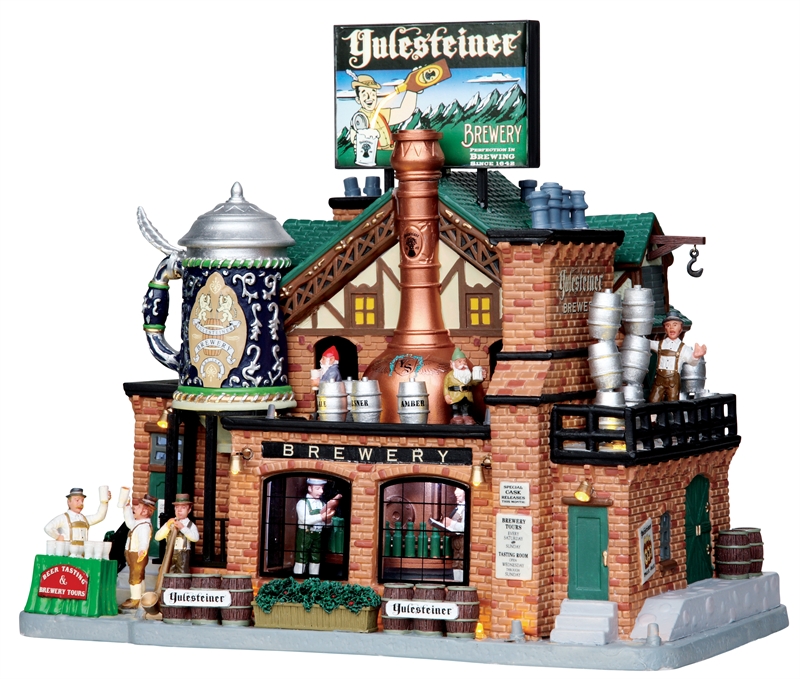 According to the Product Details,” Beer bottles revolve around beer vat” and “Beer kegs and ‘beer gnomes’ rotate on upper level of brewer.” It’s 10.63 x 12.01 x 7.24 inches and was released in 2010. It’s made of porcelain and is product type “Sights & Sounds.” Here’s a short video of it in motion.

But that’s not the only one it turns out. There have been at least a few other beer-themed buildings over the years. A quick search turned up these. 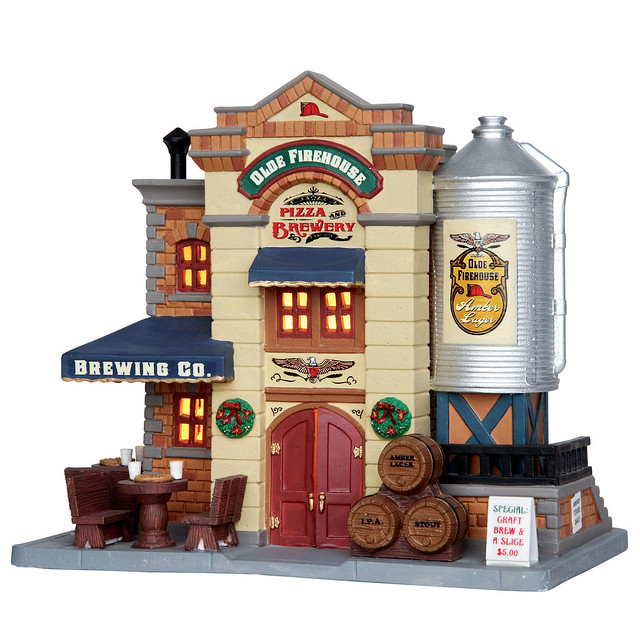 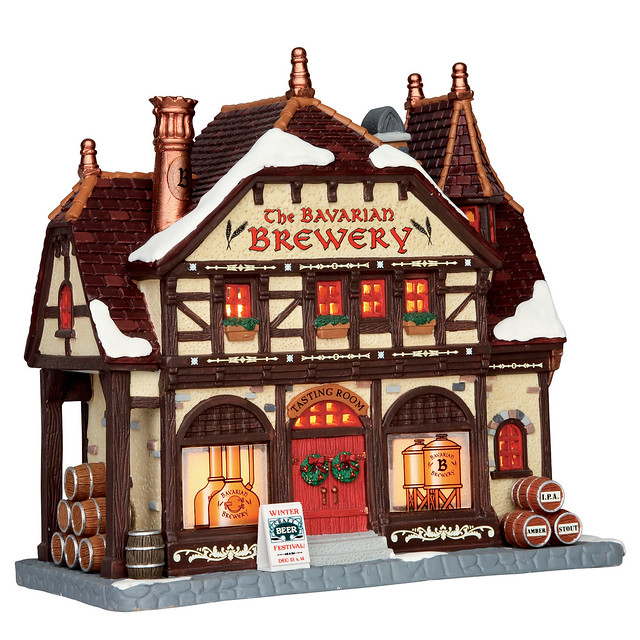 Curiously, the beers offered by this brewery include an IPA, Amber and a Stout, beers one typically would not find in a brewery in Bavaria. 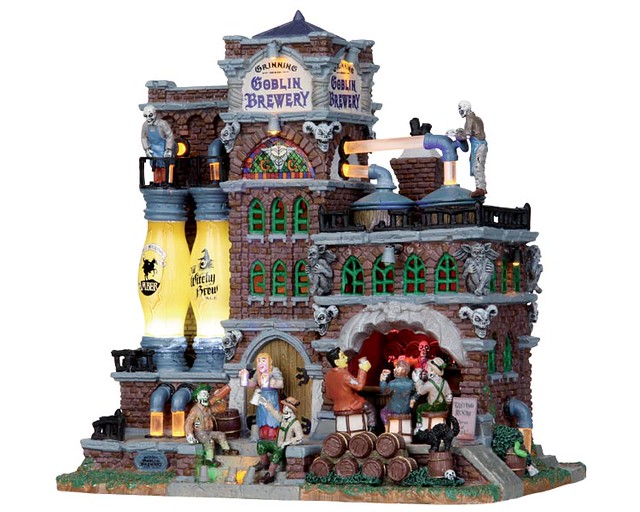 This one, obviously, is actually for a Halloween Village, which apparently is also a thing. 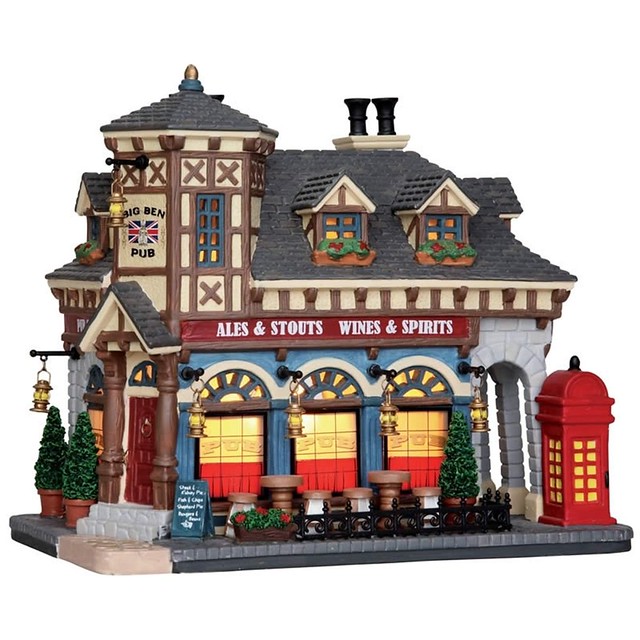 While not a brewery, it seemed close enough to include. 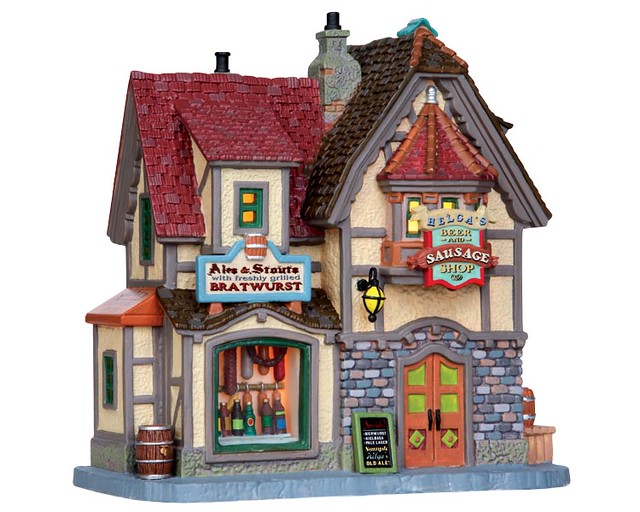 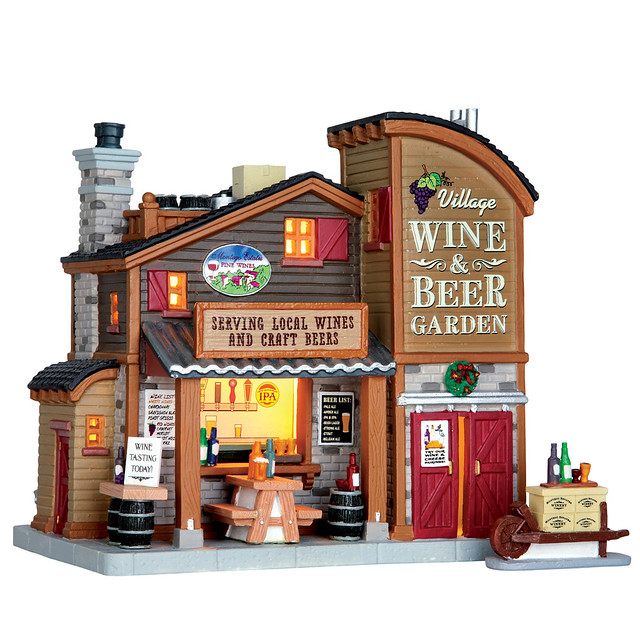 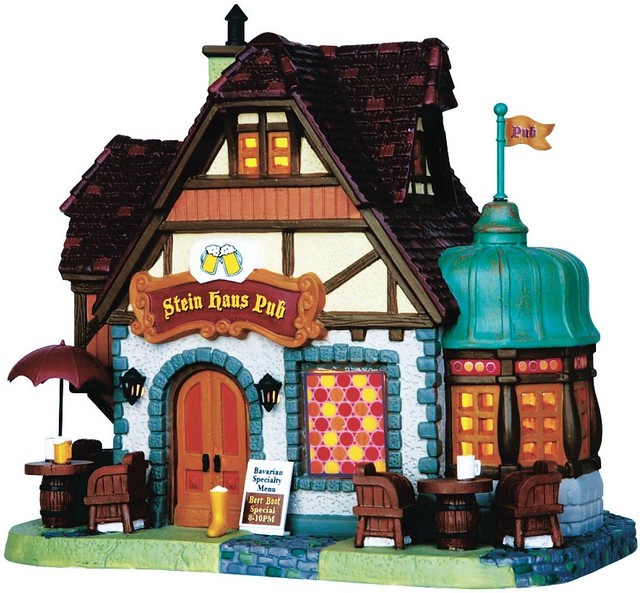 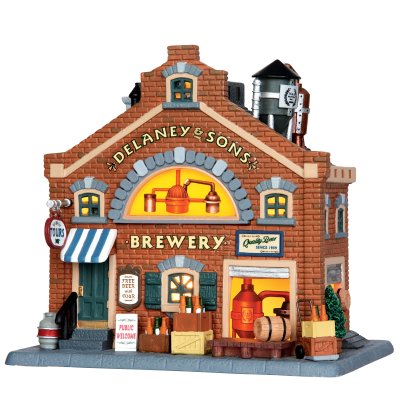 In addition to Lemax, another leader in the field of miniatures is Department 56. They have a few of their own. 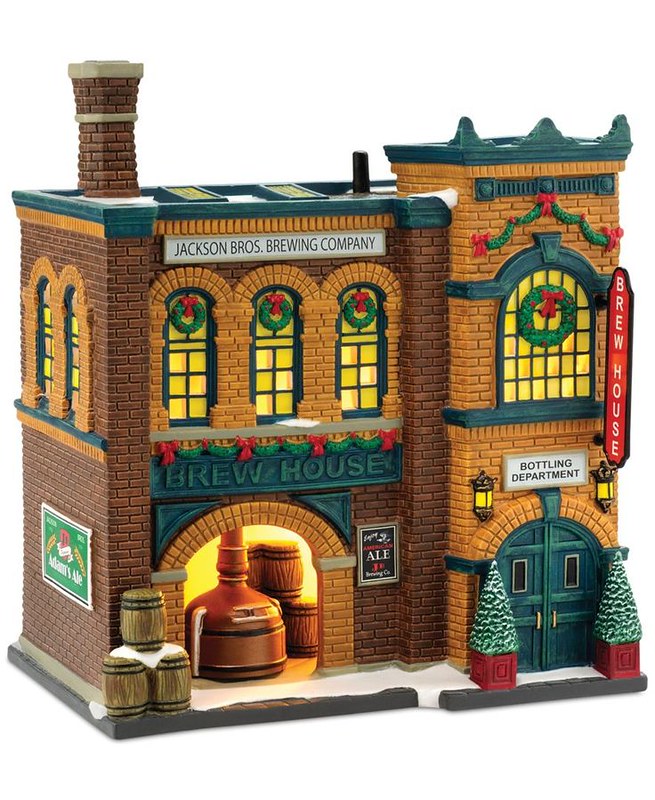 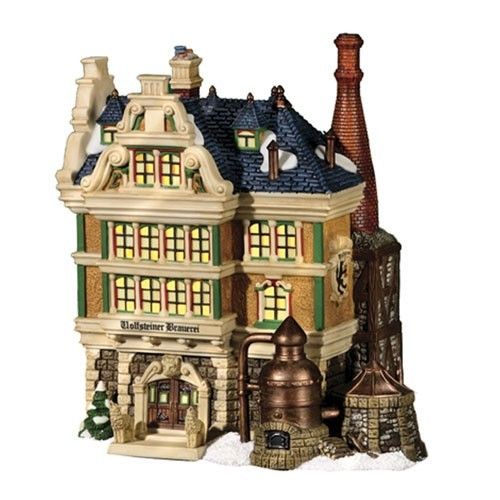 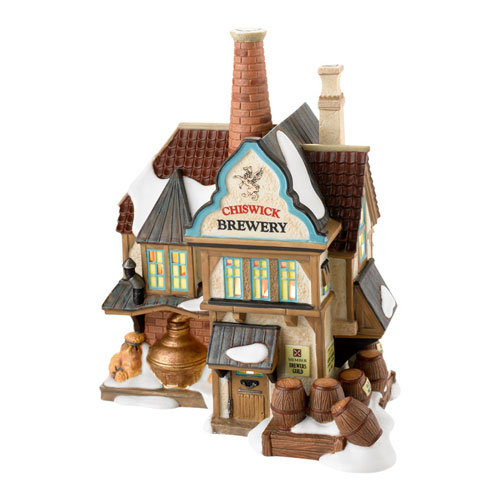 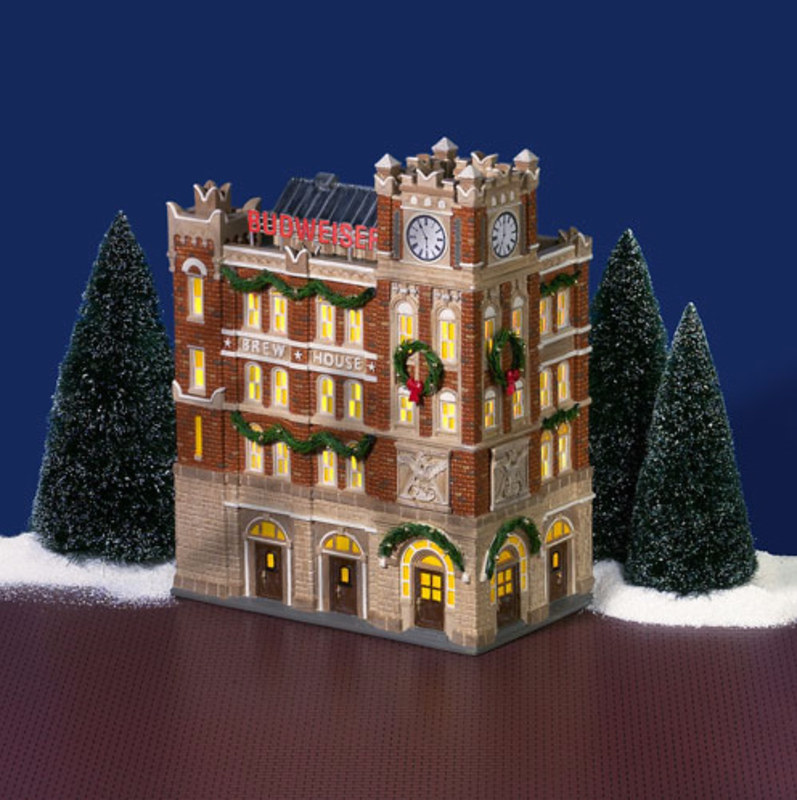 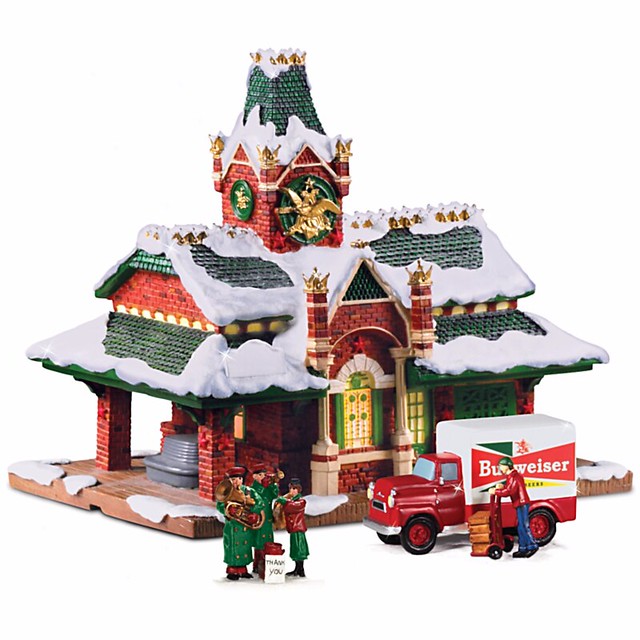 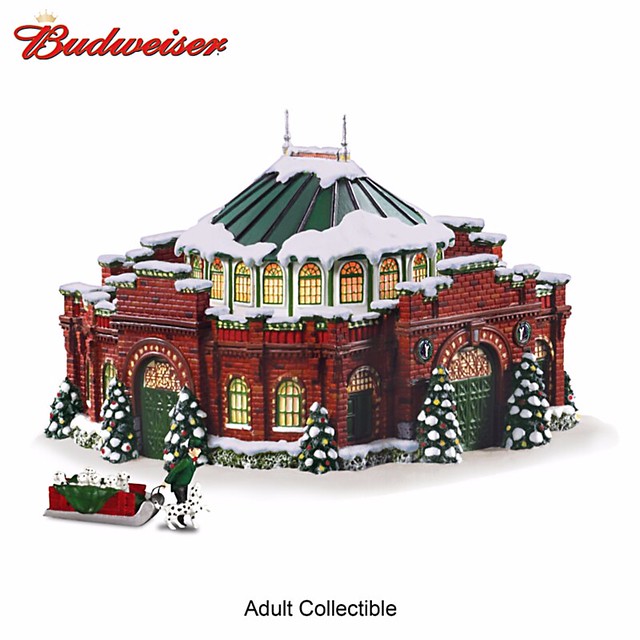 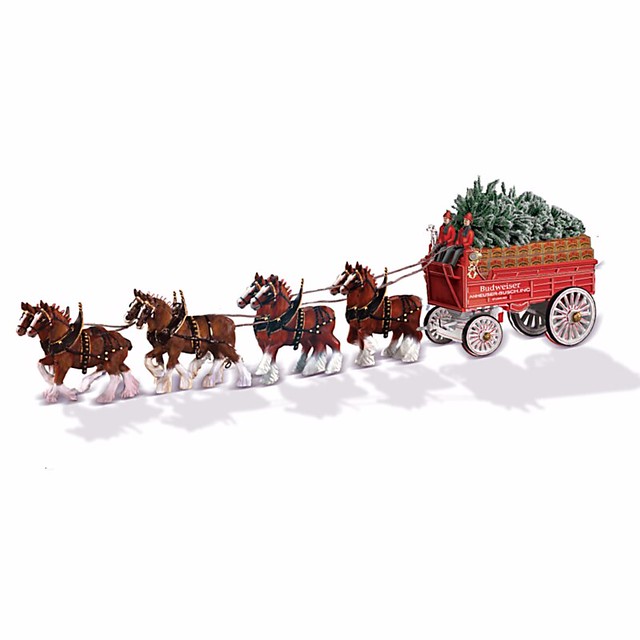 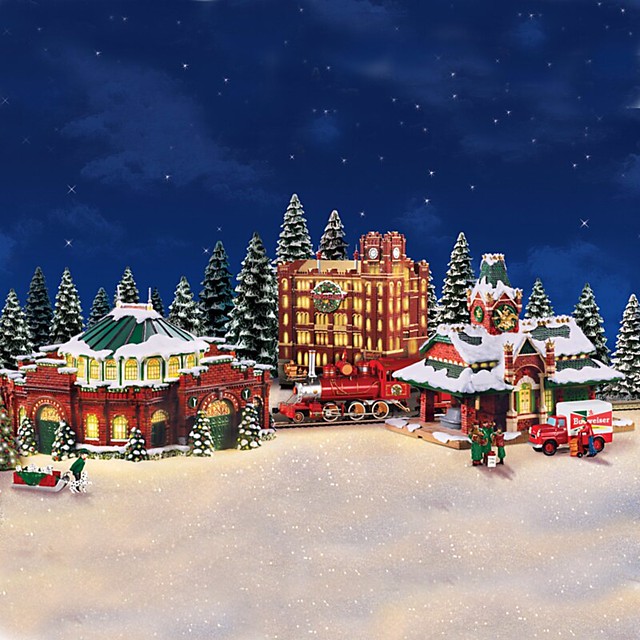