There’s an interesting development going on in Venezuela. Empresas Polar, the country’s largest brewer — with an 80% market share — completely shut down their operations in April, apparently because of “supply problems of its main raw materials.” The president of Venezuela, Nicolas Maduro, according to the drinks business, “has now threatened to take over the closed breweries, saying that the business owners risk being ‘put in handcuffs.'”

The country has been hit by a dire economic downturn over the last several years, and the president has not exactly been helping. John Oliver has covered the situation there hilariously at least twice, first in early May 2015 and then again last Sunday. In that report he mentioned that Marcos was threatening to jail owners of closed factories and have the government seize the buildings and take them over. And apparently one of those businesses he’s targeting is Polar. Here’s the rest of the story from the drinks beverage:

He said he was also ordering action “to recover the production apparatus, which is being paralyzed by the bourgeoisie”.

Meanwhile, Polar said it could no longer access the US currency needed to import the malted barley for beer production, and had to close the last of its breweries. Access to foreign exchange is currently under the control of the country’s government.

The beer shortage has had a big impact, as Venezuelans really like their beer. The tropical country has the highest per capita consumption rates of any nation in South America, and ongoing economic woes have to some extent been softened so far by the affordable luxury of a cold beer.

It’s the latest chapter in a long-running set of shortages and supply problems for beer and other food in Venezuela.

Polar’s billionaire owner, Lorenzo Mendoza, has been a vocal opponent of the President, with Maduro accusing him of waging an “economic war” on his government. Over the past year, Polar has been embroiled in a strike by brewery workers, conflict with the trade unions, and has seen its distribution centre occupied by the military. 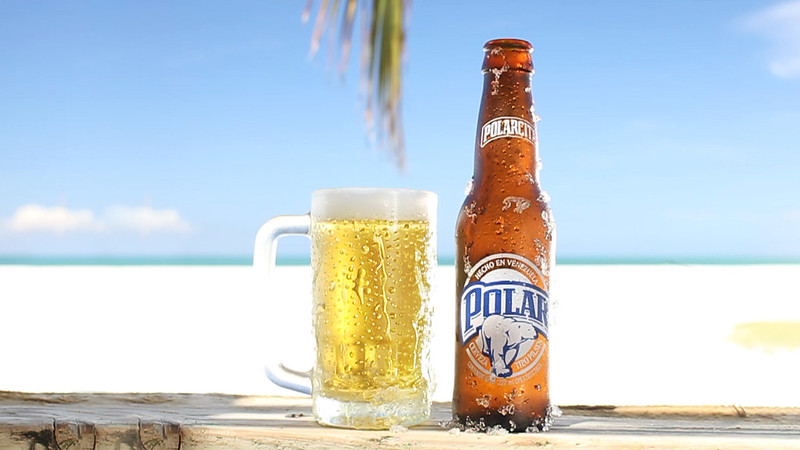 Apropos of the nothing, it was almost impossible to find an image of Polar Pilsen that didn’t include a model in a bikini. Go ahead, Google it and see how hard it really is.