Vinnie Cilurzo gave the keynote address at this year’s Craft Brewers Conference in Austin, Texas. Hoping to spark a new tradition, like Sam Calagione last year, he served some of his own beer so everyone assembled could drink a toast to craft beer’s success and to everyone’s efforts that led to that success. He set out bottles of the second batch of Russian River’s Beatification. 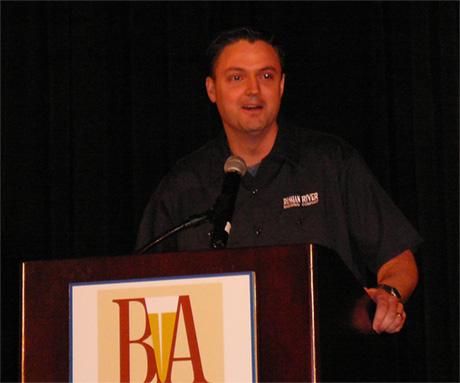 Vinnie spoke in part about innovation and the innovative contributions of many of the early pioneers of craft brewing. The video below is a little more than half of Ciilurzo’s speech from near the beginning until the toast. My memory card ran out at that point.