You are here: Home / Breweries / Why The Big Beer Companies Will Fail To Court Women

Earlier this week, I read in AdAge that Budweiser Pulls Puppies From Super Bowl Ad Plans for the very sensible reason that they weren’t terribly effective. As AdAge notes, “as cute as they are, the puppies apparently don’t sell beer.”

I also read in Bloomberg that ABI was going to shift their advertising focus away from the male-dominated imagery that they’ve employed for decades, objectifying and alienating one-half of the world’s consumers, in an effort to win over female beer drinkers. “‘Objectification of women is going away,’ said Jorn Socquet, AB InBev’s vice president of marketing for the U.S.” in the Bloomberg article, What ‘Gender Friendly’ Ads Look Like to Big Beer. 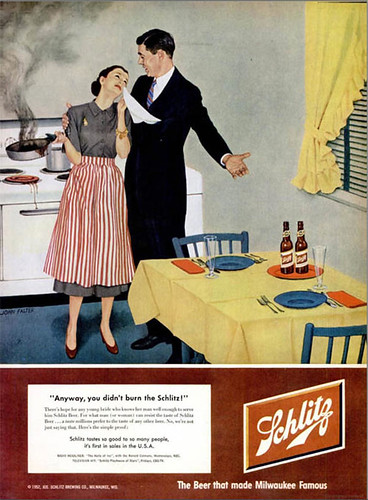 That strategy has created a demographic where only about one-quarter of women drink their beer, yet when they were riding high they didn’t seem to care at all how they treated the mothers, aunts, sisters, wives and girlfriends of the people who bought their beer. Despite loud and vocal criticism of those practices for years and years, only now that their sales are slipping have they seemed to have noticed and decided they should “win back women.” To do this, they’re going to air an ad during the Super Bowl “built around the idea that coming together over a frosty Bud Light can help solve the world’s problems, including unequal pay.”

But can one ad, or even a series of ads, undo decades of tone deaf ads that were, and continue to be, downright awful to women? And it’s not like things have gotten much better in the more enlightened 21st century. If anything, attacks on women have increased in politics, business and in the media. 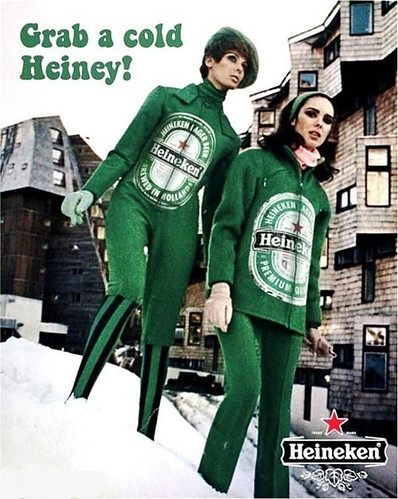 As The Atlantic wonders, Are TV Ads Getting More Sexist? and Business Insider notes that These Modern Ads Are Even More Sexist Than Their ‘Mad Men’ Era Counterparts. And more specific to beer, Vinepair makes a compelling case that 13 Sexist Beer Ads Show How Little Has Changed Since the 1950s. There’s an entire Tumblr devoted to Bad Beer Ads for Women. There’s no shortage of material to show that it’s not really gotten any better in my lifetime. 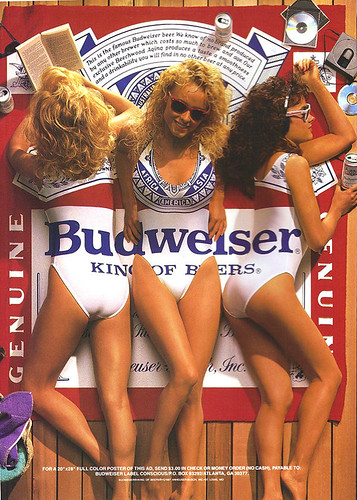 But if corporations are people, they are people with convenient Alzheimer’s Disease. They’ll undoubtedly try to convince women that they’ve had this change of heart because it’s right thing to do (and even though it might be) but the truth is that it only has to do with profit. They’ll hope that no one will remember how bad, and how consistently sexist, their ads have been for decades upon decades, right up to the present day.

Fortune magazine weighed in with their take on the new plan, with how Beer Companies Are Courting Women, and here’s how you know that they don’t really get it and it will fail.

In order to win over women, the beer companies are designing more colorful packaging and creating sweeter drinks, like the Bud Lite Lime-A-Rita. But taste isn’t necessarily the problem — MillerCoors and AB InBev are focusing on the social aspect of beer, too.

I love how the big brewers always think that changing up the packaging is the way to woo customers. The idea that women will only respond to “more colorful packaging” and only want “sweeter drinks” is laughably naive and almost criminally insulting. And this is, remember, them trying to “court women,” a similarly insulting turn of phrase. How many times have we seen beer companies try fruitier, sweeter beers and pink packaging to entice women? How often has it worked? The now defunct Beer West magazine had a good overview of such failed attempts in Have You Really Come A Long Way, Baby? How beer is(n’t) marketed to women. 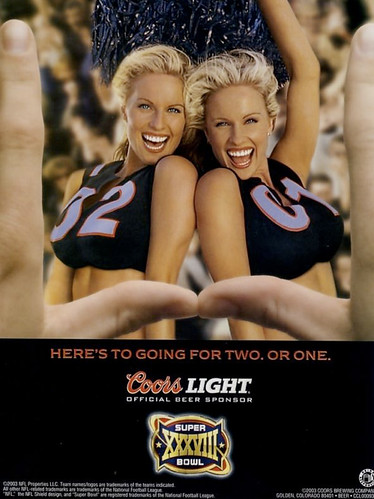 To illustrate that it’s not just Anheuser-Busch InBev wearing blinders, MillerCoors’ senior marketing insights director Britt Dougherty opined that they’re “going through a feminization of culture” as a way of saying the days of “airing ads that objectify women” are over. I’ll believe it when I see it. I suspect that as soon as this doesn’t prove as successful as they want, they’ll return to the tried and true male-oriented advertising that’s been their bread and butter my entire lifetime. 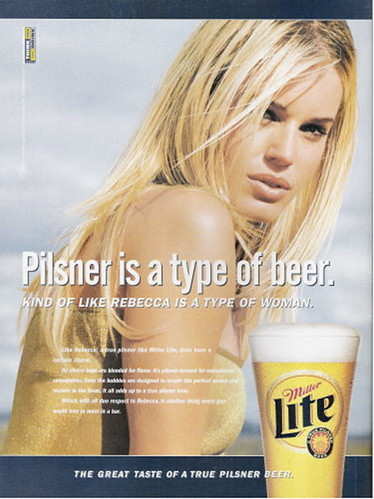 Sexism, perhaps more than any of the destructive -isms, makes no sense to me. I’m male, and it makes no sense. Why do so many men feel they have to keep down women? Every one of us has a female mother. Most of us have sisters, aunts, and daughters. Why would we ever want to keep them from succeeding? I know there’s at least some religious reasons for it, but even that can’t account for all of it. Why would you voluntarily keep you mother, wife or daughter from being able to climb as high as they want to in life? Why would you harass, objectify or otherwise insult every other female, just because they’re female? I honestly don’t understand it. How can you hate your mother? How can you hate your wife? How can you hate your daughters? Because hatred toward some women, by using sexism, objectification and other insults, is hatred toward all women, your own family included. 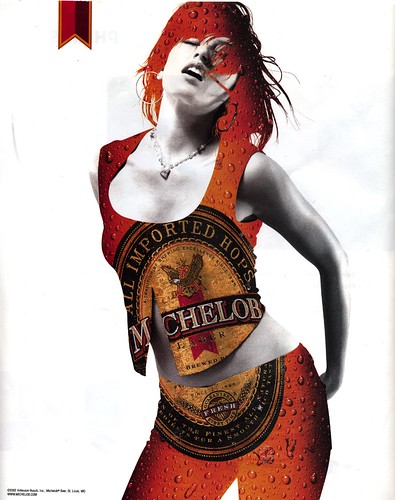 And yet it seems to be rampant, and growing, in our society. It should be a thing of the past, a relic, but as Gamergate makes abundantly clear, there are males in our society who hate women to the point that they want to do them actual physical harm for saying things they don’t like, disagree with or just having an opinion. That seems nuts, but perhaps more confusing is that we don’t do more to put a stop to it as a society. Can there really be enough men who are deaf and blind to what’s happening, or do they secretly agree with them or just not give a shit so long as they’re on top of the perceived hierarchy? I have a daughter who I want to grow up in a world where she can do whatever she wants, follow every opportunity available to her and live her life to the fullest, exactly the same as her brother, my son, is able to do. And as it stands now, that seems like it’s too much for society to bear, that true gender equality remains as elusive as the end of racism. Why the fuck should that be the case? If we can’t even erase it from the beer industry, which ought to know better, what chance have we for the wider world? So while I think this is the right step for the big beer companies, they haven’t shown themselves to take any action except ones that help their bottom line. And while that is to be expected (being a problem with the institution of corporations) you’d like to think that even male executives have women in their lives that would make such decisions increasingly difficult, yet so far that remarkably hasn’t been the case.

Maybe if we celebrated our similarities — like enjoying beer — instead of pandering to our differences, that would be a good start. So yeah, let’s keep sexism out of beer advertising, out of beer culture and out of the breweries themselves. We’re all just people, beer-loving people. 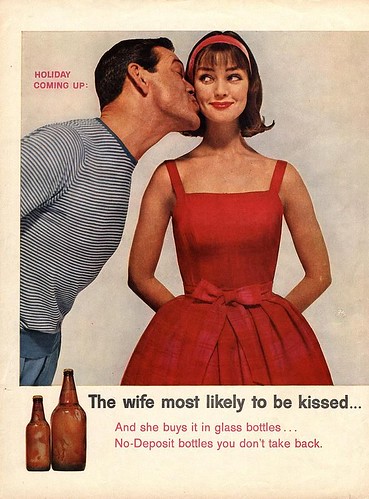