This is an interesting photo I came across in 100 Years of Brewing, which was originally published in 1903. This two-page double truck is a photo of all the attendees of the Seventeenth annual convention of the United States Brewers Association, which was held in Milwaukee, Wisconsin. The photo was taken on June 6, 1877.

There are 133 people in the photo, although not all of them are identified. Quite a few of the people in the photo are, or rather were, pretty big deals in the brewing industry at that time, which makes sense. This was, after all, the biggest trade convention for brewing. But when you read the names, it’s a veritable who’s who of the brewing industry. 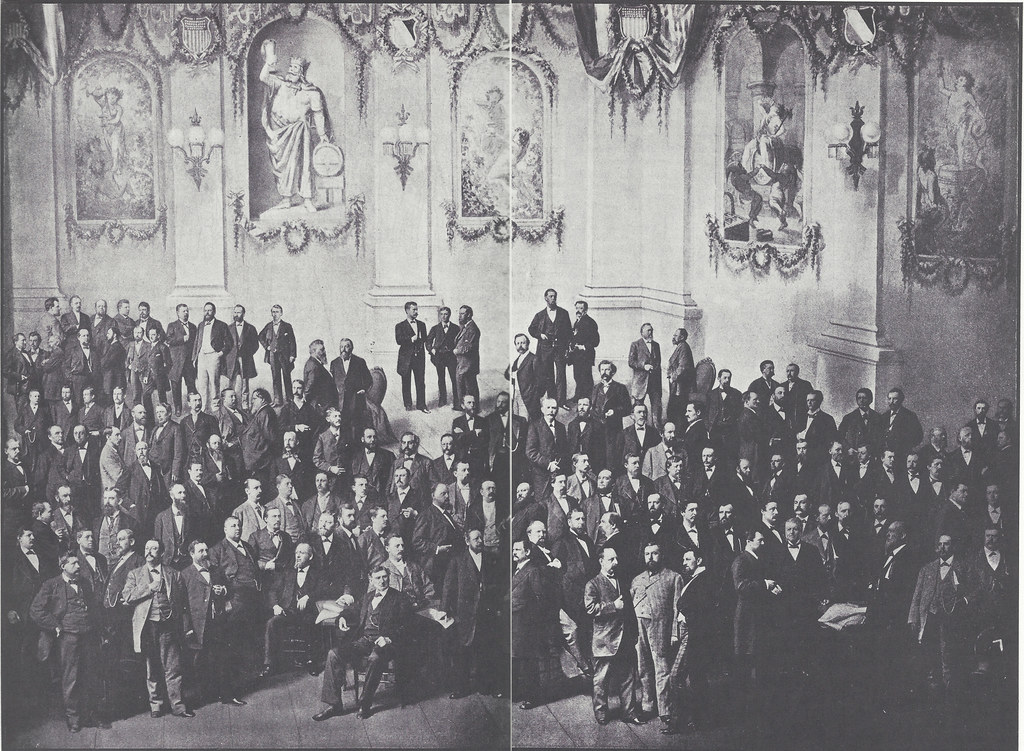 Luckily, they included a numbered key to identify the people in the picture. 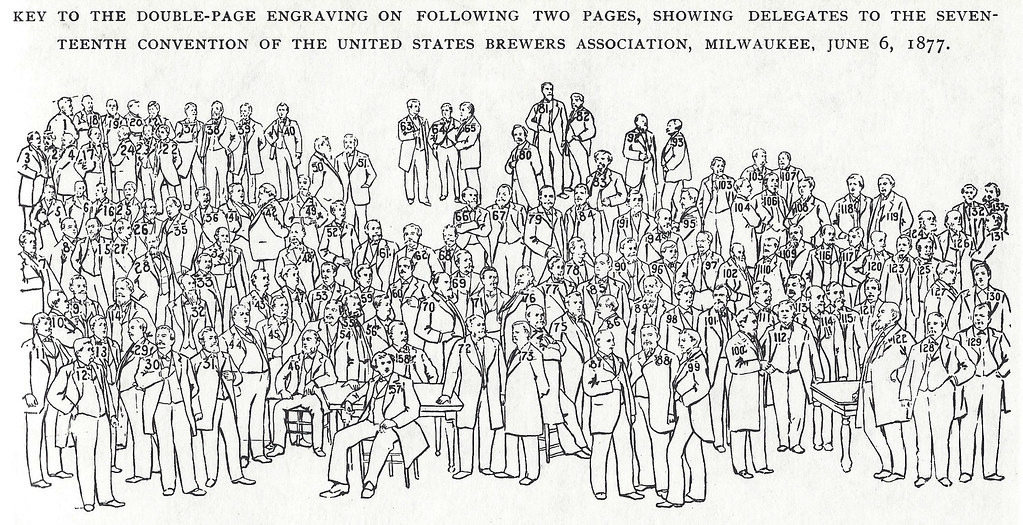 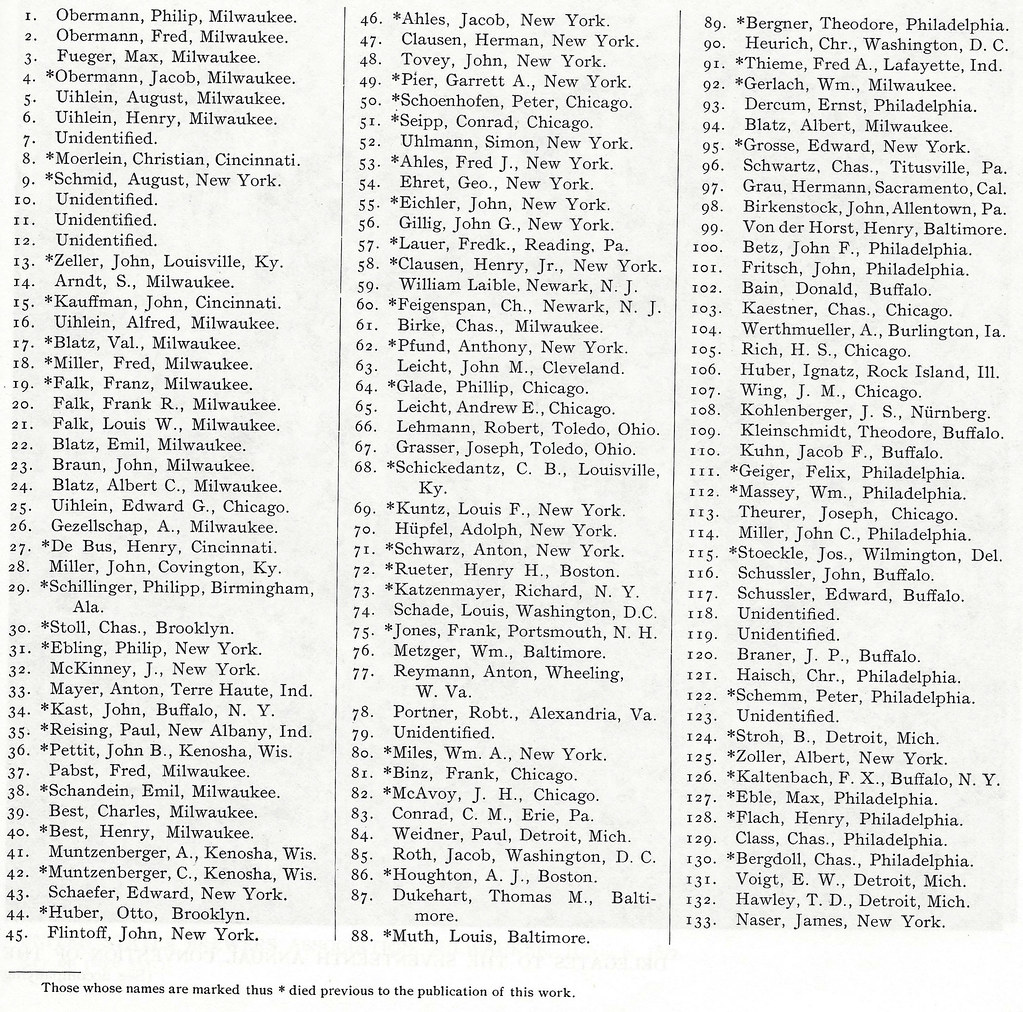 Here are slightly larger images of the two pages, first the left page, followed by the right. 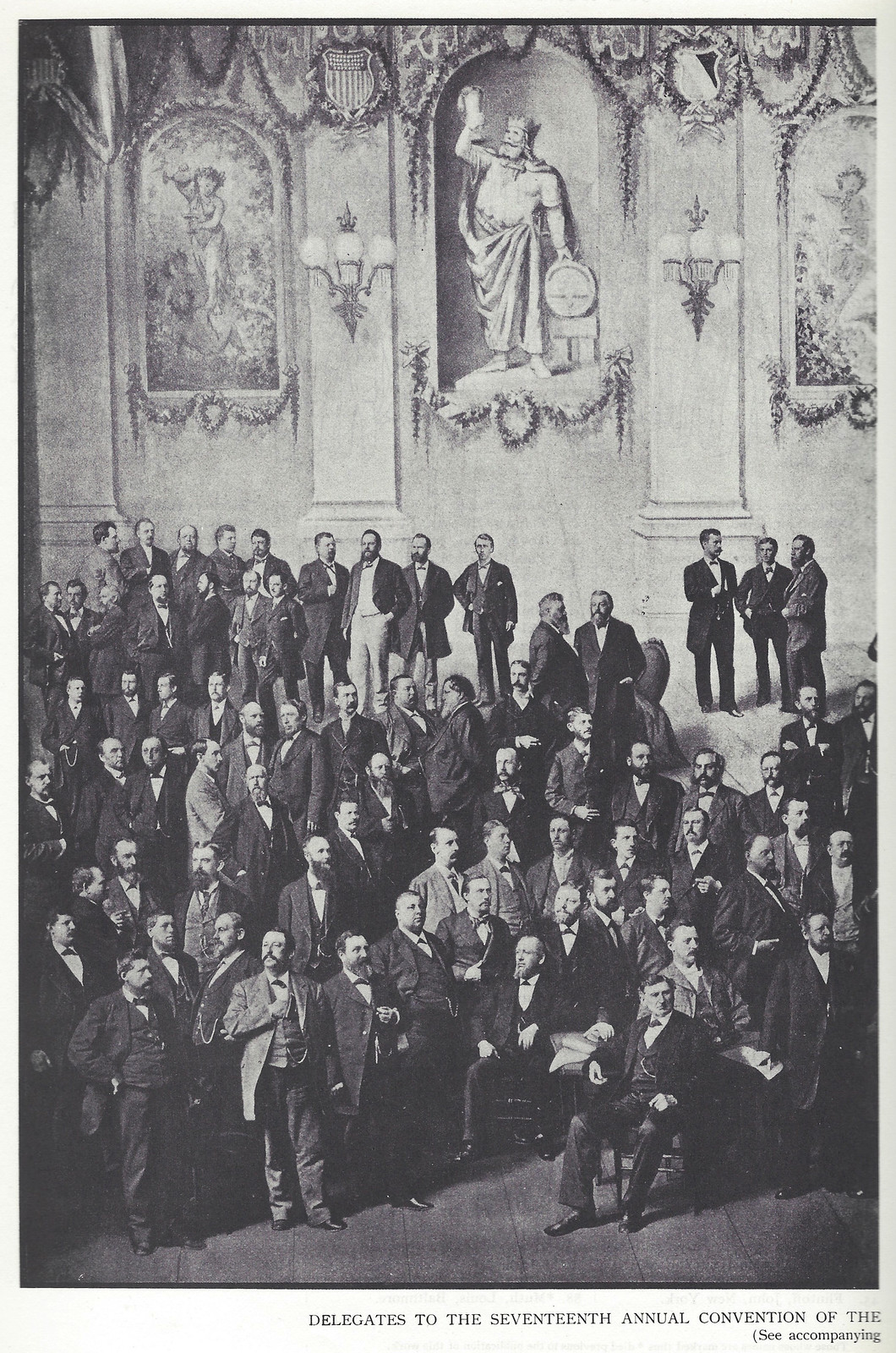 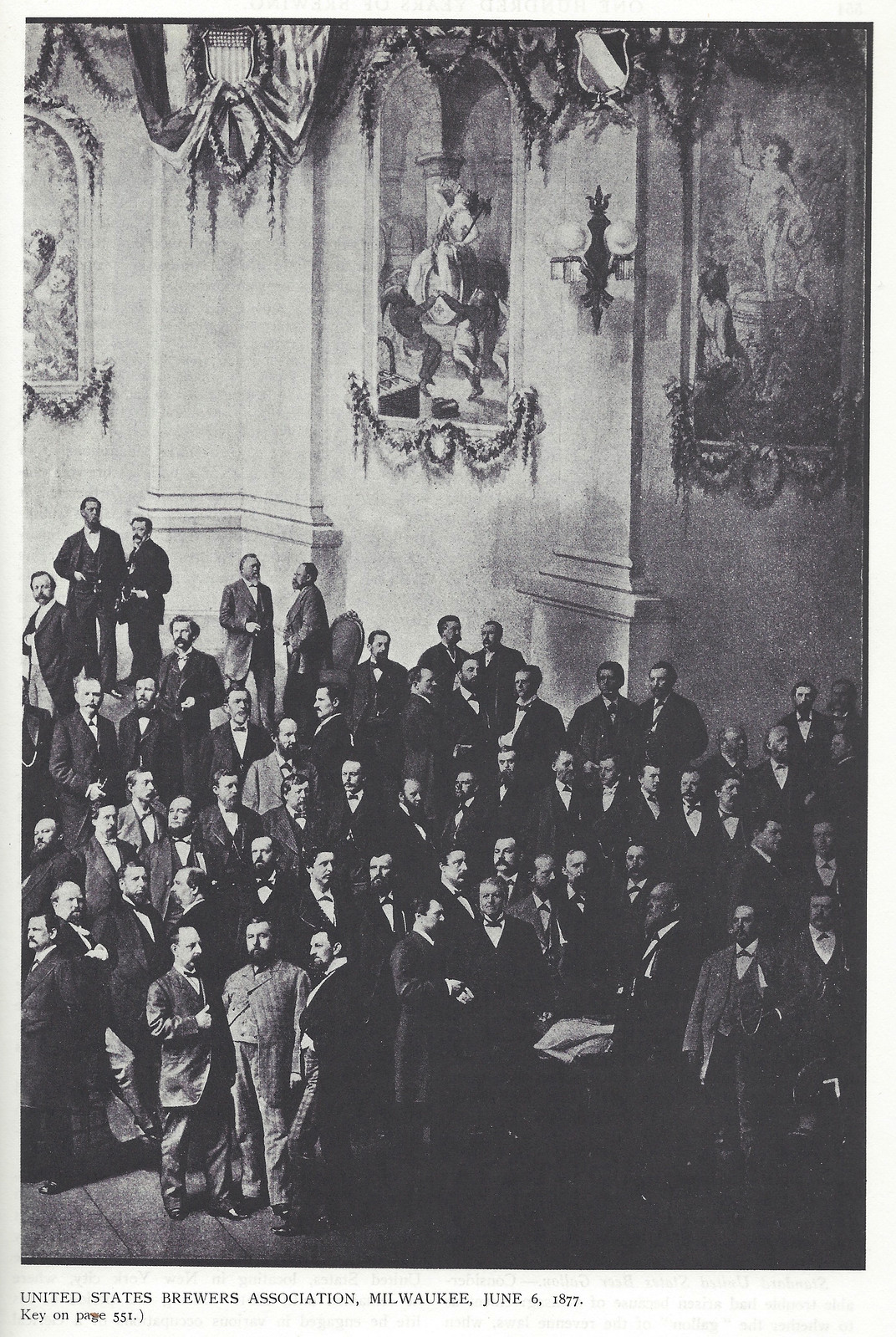