Friday’s ad is for Ginder-Ale, from maybe the 1950s or 60s. From the late 1800s until the 1980s, poster art really came into its own, and in Europe a lot of really cool posters, many of them for breweries, were produced. I’ve been posting vintage European posters all last year and will continue to do so in 2020. This poster was created for Brouwerij Martinas, which was also known as the Brouwerij Ginder-Ale after 1928, when their best-known beer was introduced. The brewery was founded in 1871 in Merchtem, a municipality located in the Belgian province of Flemish Brabant, by Florentinus De Boeck. In 1973, it was acquired by Brouweij Artois and today is part of AB-InBev, who still makes the beer for the local market of Merchtem. I don’t know who created this poster, but it’s signed in the corner “Antoni” or “Antonis.”

Today is the birthday of living legend Mike “Tasty” McDole, homebrewer extraordinaire, and one time co-host of “The Jamil Show,” or “Can You Brew It?” and a regular still on the “Sunday Show” on The Brewing Network. Tasty would never refer to himself that way, and on Twitter he claims to be simply a “homebrewer and a craft beer enthusiast.” But most of us who know him would, as he also admits, “make [him] out to be much more.” And that is correct, I believe, as Tasty is one of the best. He’s a former Longshot winner, has given talks at the National Homebrew Convention and has won countless awards and has collaborated with numerous commercial breweries on beers. Join me in wishing Tasty a very happy birthday. 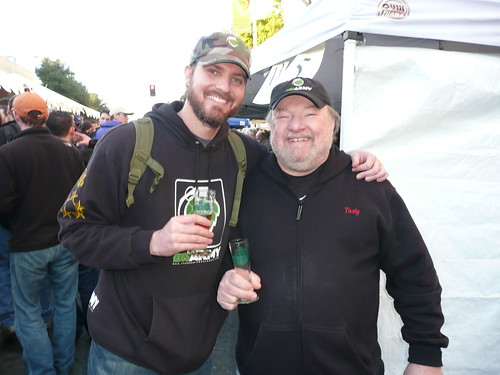 With Justin Crossley at the Bistro Double IPA Festival in 2010. 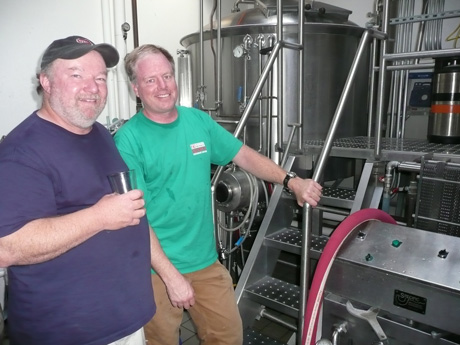 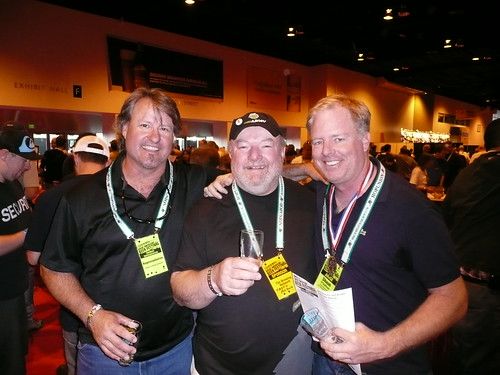 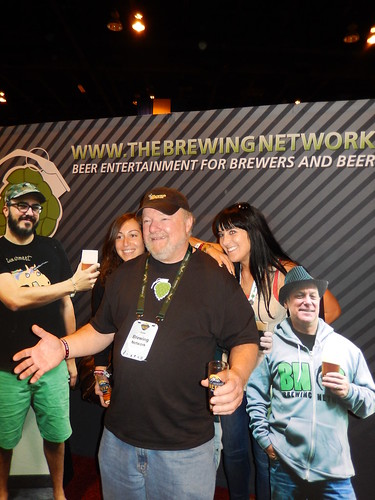 And a couple of years ago, 21st Amendment Brewery released Tasty IPA in collaboration with Mike.

Today is Carolyn Smagalski’s birthday. Carolyn’s a beer writer from Pennsylvania — not sure what it is about Pennsylvania and beer writing — who writes for BellaOnline. Her nickname is the Beer Fox and she does a terrific job spreading he gospel of great beer. Join me in wishing Carolyn a very happy birthday. 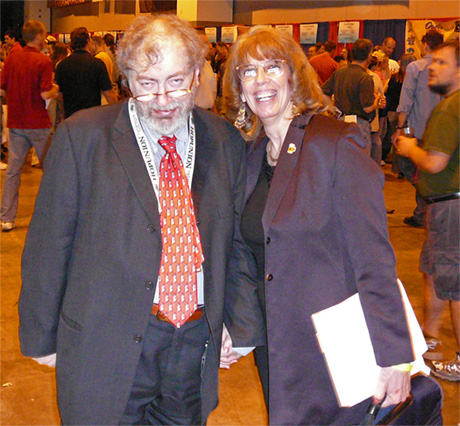 Carolyn with Michael Jackson at GABF in 2006. 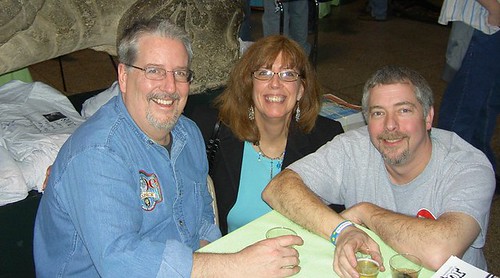 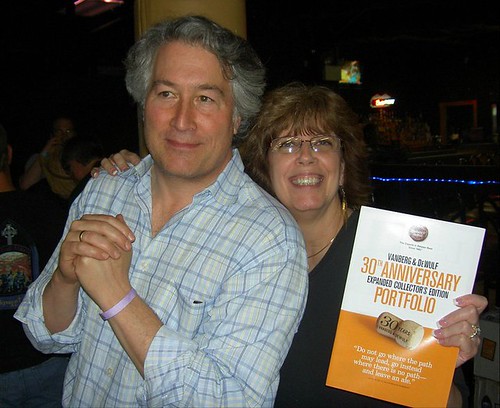 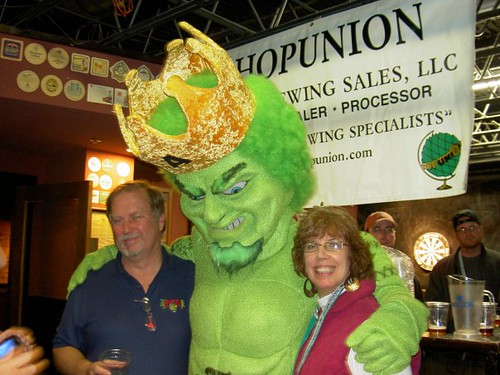 Ralph Olson, from HopUnion, the Alpha King and Carolyn.