Monday’s ad is for “Budweiser,” from 1963. This ad was made for Anheuser-Busch, and was part of their series using the tagline “this calls for Budweiser,” which ran during the 1960s, and replaced the earlier “Where there’s Bud” campaign. This one features a couple on a date at a midway amusement park, stopping for a hot dog and a couple of beers. The text begins “the midway….”

Today is Fred Bueltmann’s 52nd birthday. Fred was a partner in New Holland Brewing, and was their VP of brand and lifestyle before announcing his departure last fall. He’s also a self-styled Beervangelist and published the “Beervangelist’s Guide to the Galaxy,” which was successfully funded on Kickstarter. I’ve met Fred several times over the years but got to know him a lot better at GABF a couple of years ago, when it seemed like we judged together on every other session, and had a marvelous time in between rounds. Join me in wishing Fred a very happy birthday. 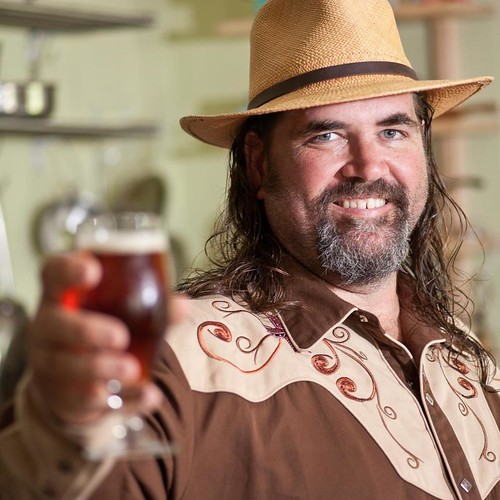 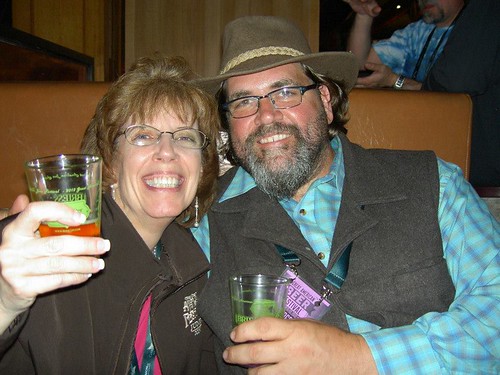 With Carolyn Smagalski at Wynkoop during GABF a couple of years ago. (“borrowed” from her Facebook page, thanks Carolyn). 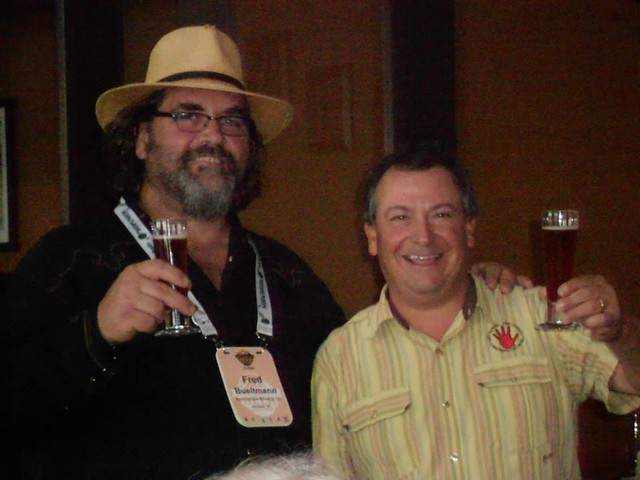 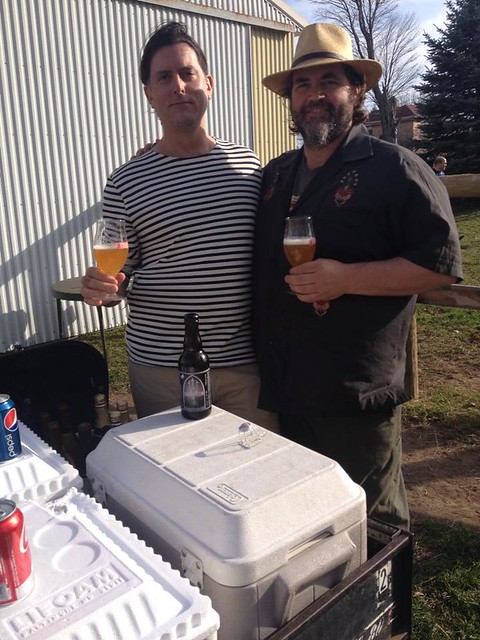 John Mallet, from Bell’s, with Fred at Red Horse Ranch in Michigan (photo purloined from Facebook).

Today is the birthday of John Emmerling (February 21, 1851-May 24, 1912). He was born in Philadelphia, but moved to Johnston in Western Pennsylvania, where he founded the Empire Brewery in 1878. It was concurrently also known as the Emmerling Brewing Co. the entire time it was in business, until it was closed by Prohibition in 1920. 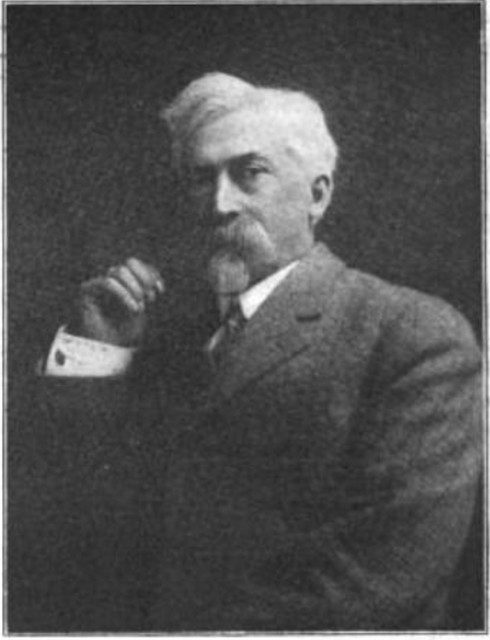 Here’s a biography of Emmerling, written in 1896 from the Biographical and Portrait Cyclopedia of Cambria County:

JOHN EMMERLING, proprietor of the Empire Brewery, of Johnstown, Pennsylvania, was born in Philadelphia, this State, February 22, 1851. His education was acquired in the public schools of his native city, upon the completion of which he learned the business of brewing. Subsequently, he traveled extensively, visiting many of the more important cities of the West, and finally, located in Pittsburg, where he married. In 1878 he came to Johnstown, and immediately embarked in the brewing business on his own account. Starting in the humble building now known as the Eintracht Hall, the brewery of John Emmerling prospered so well that in one year it was moved to the larger building now occupied by the bottling house of William Thomas. Six years more saw the business grow until it became necessary to build and remove to the large and commodious brick structure which occupies nearly half a square, fronting on Horner street. The plant is two hundred by one hundred and eighty feet, three stories high, and has an annual output of eight thousand barrels, and contains all the latest improved machinery known to the brewer’s art, including engines, two ten-ton refrigerators, seven pumps for various purposes, and bottling apparatus. A visit to the vault in which the beer is stored, gives to the uninitiated a genuine surprise. Following the guide, one wanders in and out among the huge hogsheads, some of which contain forty, and others as high as eighty barrels of the amber fluid, surrounded on all sides by pipes covered to the depth of several times their own thickness with white frost, produced by the intense cold of the ammonia and brine which they contain, one can but express astonishment at the wonderful advance made since the time when nature alone supplied the cooling substance. So large is the local demand for the beer brewed at this establishment, that very little is shipped out of the city. Two wagons are kept going constantly, and two others are used when the demand requires. The present force consists of fourteen men, to which several others are added when increased business makes demand. On September 26, 1872, Mr. Emmerling married Miss Phil. Houch, a daughter of Earnest Houch, a prominent citizen of Pittsburg, and to them have been born ten children. Mr. Emmerling was one of the organizers of the board of trade, in which he takes an active interest. 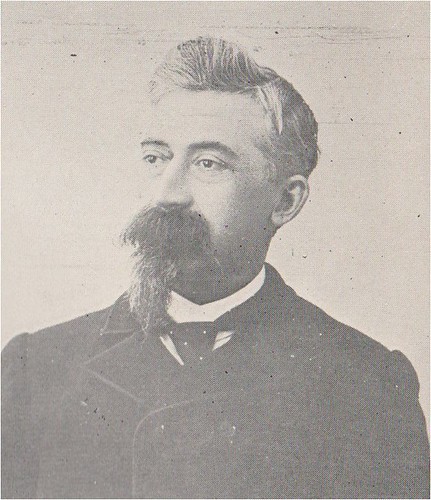 And this is his obituary from the Western Brewer, June 1912 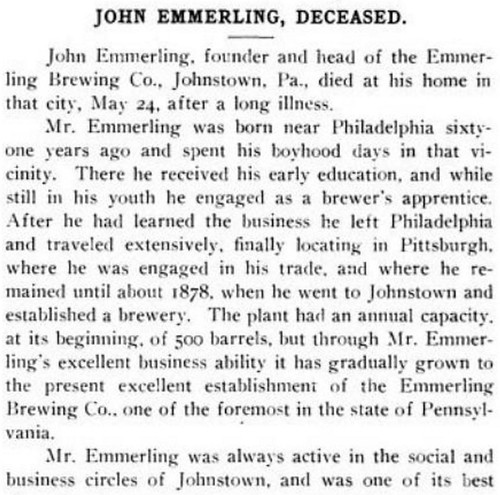 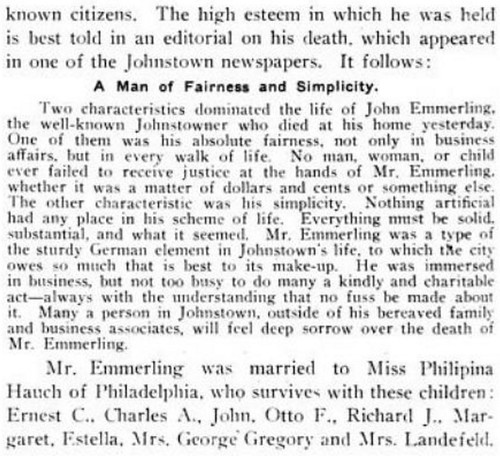 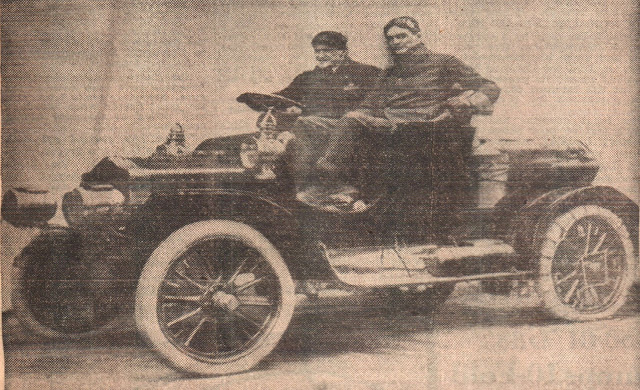 John Emmerling at the wheel of a 1908 Maxwell that he drove round-trip between Pittsburgh and Philadelphia in a race with a $20,000 prize at stake (around $532,258 today’s money). Emmerling (who owned Emmerling Brewery) came out on top.

This is John Emmerling’s brewery, also known as the Empire Brewery in Johnston, Pennsylvania, which also served as the family’s residence. 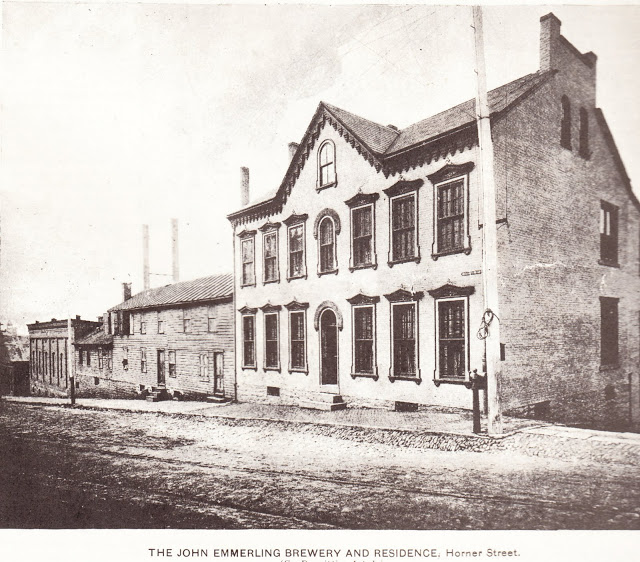 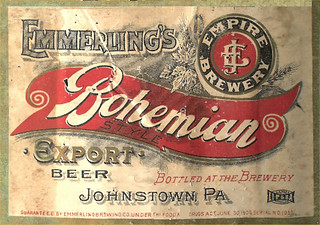 Today is the birthday of Samuel Charles Whitbread (February 22, 1937- ), an heir to the Whitbread Brewery, who was president of the brewery and Whitbread’s other businesses from 1972 to 2001, when he retired. There’s some basic biographical information from the Peerage: 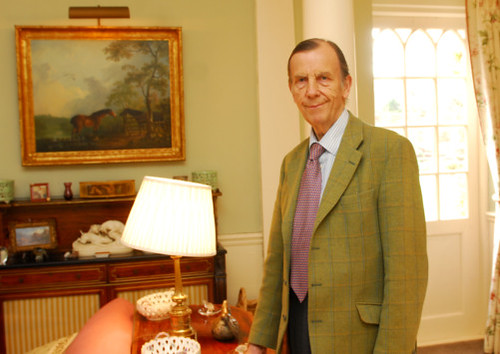 This is his entry from the International Who’s Who for 2004. 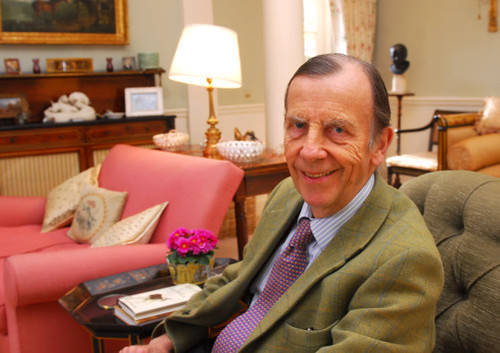