Tuesday’s ad is for “Rheingold Beer,” from 1941. This ad was made for the Rheingold Brewery, which was founded by the Liebmann family in 1883 in New York, New York. At its peak, it sold 35% of all the beer in New York state. In 1963, the family sold the brewery and in was shut down in 1976. In 1940, Philip Liebmann, great-grandson of the founder, Samuel Liebmann, started the “Miss Rheingold” pageant as the centerpiece of its marketing campaign. Beer drinkers voted each year on the young lady who would be featured as Miss Rheingold in advertisements. In the 1940s and 1950s in New York, “the selection of Miss Rheingold was as highly anticipated as the race for the White House.” The winning model was then featured in at least twelve monthly advertisements for the brewery, beginning in 1940 and ending in 1965. But according to another account, it was initially the idea of the management team for Spanish-American actress and model Jinx Falkenburg who convinced the brewery to make her the first Miss Rheingold. But beginning in 1941, the selection of next year’s Miss Rheingold was instituted and became wildly popular in the New York Area. The second Miss Rheingold Girl was Ruth Ownbey. She was also an actress and model, and her first film was “Du Barry Was a Lady” in 1943. After marrying, she became Ruth Valmy and appeared in small roles in numerous pictures. In this ad, she’s again on a boat and still wearing her Naval cap. But this one looks more like a sailboat than a battleship.

Today is the birthday of Denis Holliday (January 4, 1917-June 2, 2016). He was born in Great Yarmouth, England, and worked as an apprentice at Greene King beginning in 1938. He then worked at Tollemache brewery in Ipswich and Bass’s Wenlock Brewery in London before being hired by Dorchester’s Eldridge Pope as head brewer in 1954. He completely cleaned up the brewery and turned the old brewery into a modern one. He also created their Royal Oak and Thomas Hardy’s Ale. 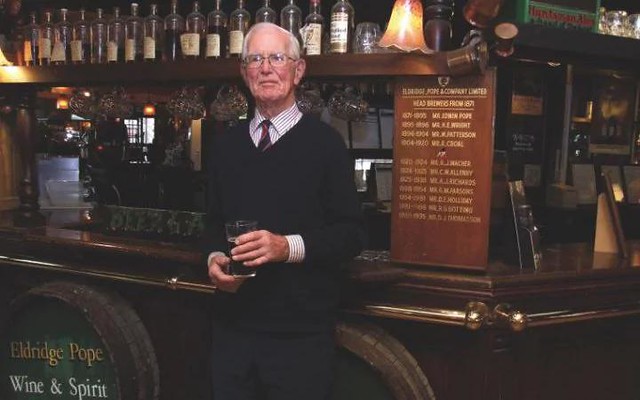 In 1972, he won “a record seven International Brewing Awards, the “Oscars” of the beer industry, at the London Brewers Exhibition,”and was listed “in the Guinness Book of Records after brewing the strongest beer in the world.” For a time, he was president of the International Brewers’ Guild and was awarded a Queen’s Silver Jubilee Medal for Industry in 1977. He retired from brewing in 1982, but continued to work as a consultant in the industry. In 2008, he received an MBE (Order of the British Empire) for his service to the community. 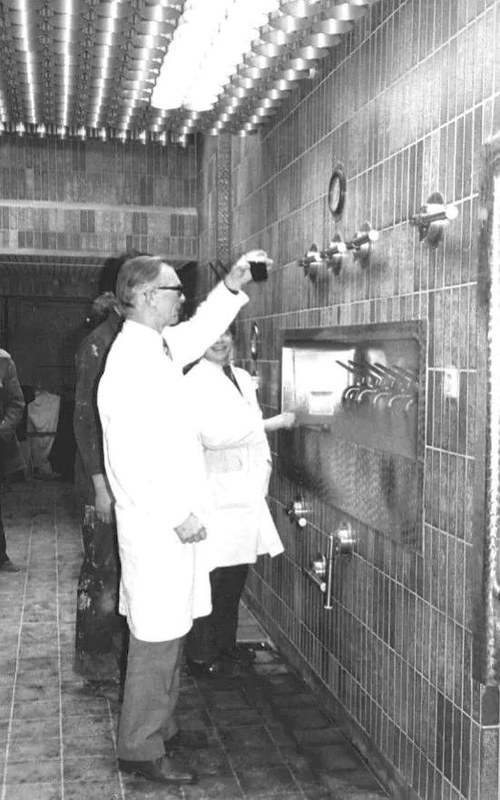 I’m sorry to say I hadn’t known about Holliday until after a few summers ago. Unfortunately, that’s when he passed away and his obituary appeared in The Telegraph. He sounds like he was an amazing person who lived a full life. 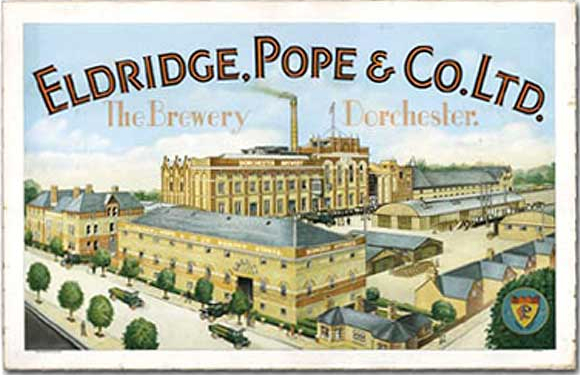