You are here: Home / Beers / Bass Vs. Cooke Brewing Co.

It seems many people think that trademark disputes are a new phenomenon, because in the age of social media and the twenty-four news cycle, everything is news, but they’re actually nothing new. Trademark disputes have been going on as long as the very concept of a trademark existed, it’s just that they used to happen mostly out of the glare of the public, and instead quietly wound their way through court documents and appearances before special tribunals created to adjudicate these specific types of disputes.

I, myself, was involved in one as the beer buyer for Beverages & more, when an East coast brewery objected to one of our private label beers. Few people know about it, because even as recently as the late 1990s, when this took place, such disputes were mostly private matters. Personally, I think that’s how it should be, because trademark is a highly technical, arcane subject, which I think is better left to experts in the field. I also think trademark law could use some updating to better reflect the real world we find ourselves in today, but that’s an argument for another day.

My point here is only that trademark disputes are old hat. A few days ago, I stumbled on one from around 1893, when the makers Bass Ale sued a Chicago brewery — the Cooke Brewing Co. — for trademark infringement. I couldn’t find out very much information about the Cooke brewery, but “One Hundred Years of Brewing” (originally published in 1903, and reprinted in 1974) includes this summary: 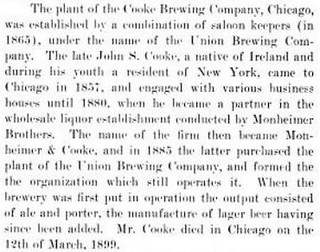 Apparently, in 1893, when the World’s Columbian Exposition (a.k.a. The Chicago World’s Far) took place in Chicago from May to October of that year, “Cooke Brewing Company created a display to advertise its beer. The bottles, however, were labeled with remarkable similarity to those used by Bass.” Not surprisingly, Bass sued for relief in the US Circuit Court Northern District of Illinois. While many trademark disputes are open to debate in which reasonable people may have a difference of opinion, I don’t think this is one of those cases. I think you’d be hard pressed to find anyone not employed by the Cooke Brewing Co. who didn’t believe this was one of the most clear cut examples of trademark infringement in the annals of history.

Online records, as far as I can tell, don’t go back far enough to see how this case started and progressed. The only reason the final ruling is out there, is because someone at the National Archives in Chicago came across this and decided to share it on their website and Facebook page. But take a look below at the two beer labels and see for yourself. It’s hard to believe it got this far, and Bass had to file a lawsuit at all to stop the Chicago brewers. I guess they really thought they could get away with using a red triangle on their label. 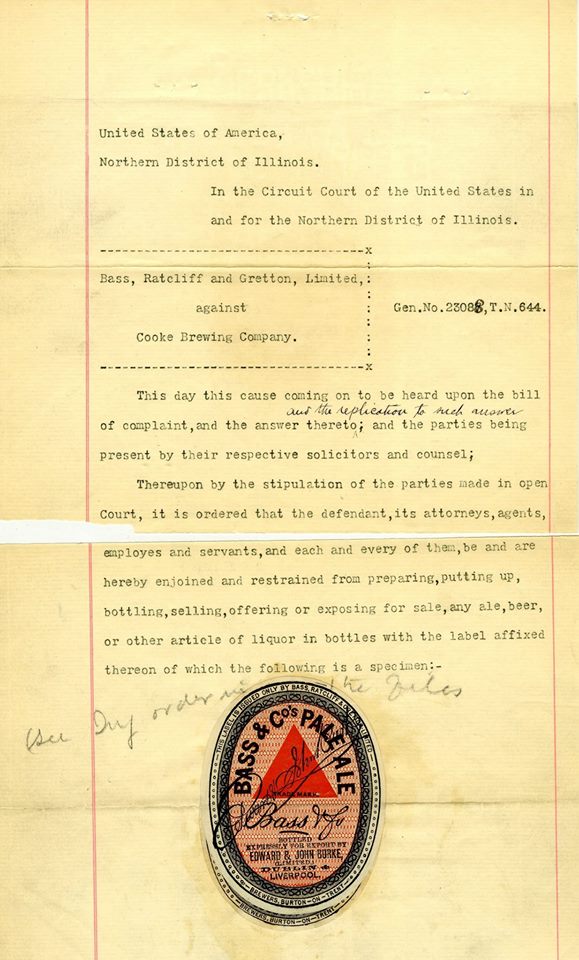 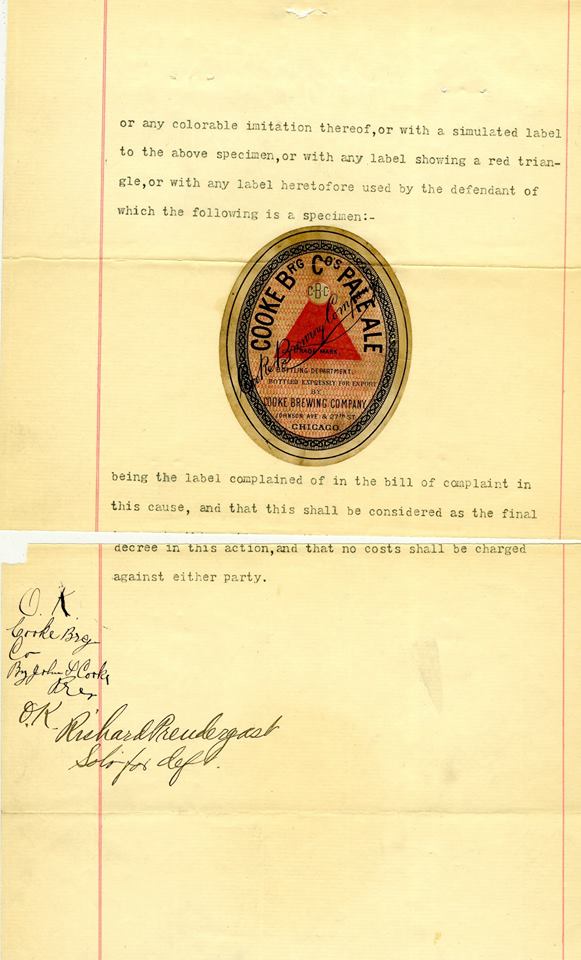