Tuesday’s ad is for Guinness, from 1955. While the best known Guinness ads were undoubtedly the ones created by John Gilroy, Guinness had other creative ads throughout the same period and afterward, too, which are often overlooked. In this ad, an excerpt from British statesman Benjamin Disraeli’s diary details his late supper of oysters and boiled bones, including Guinness, after what he called a “remarkable day” in parliament. 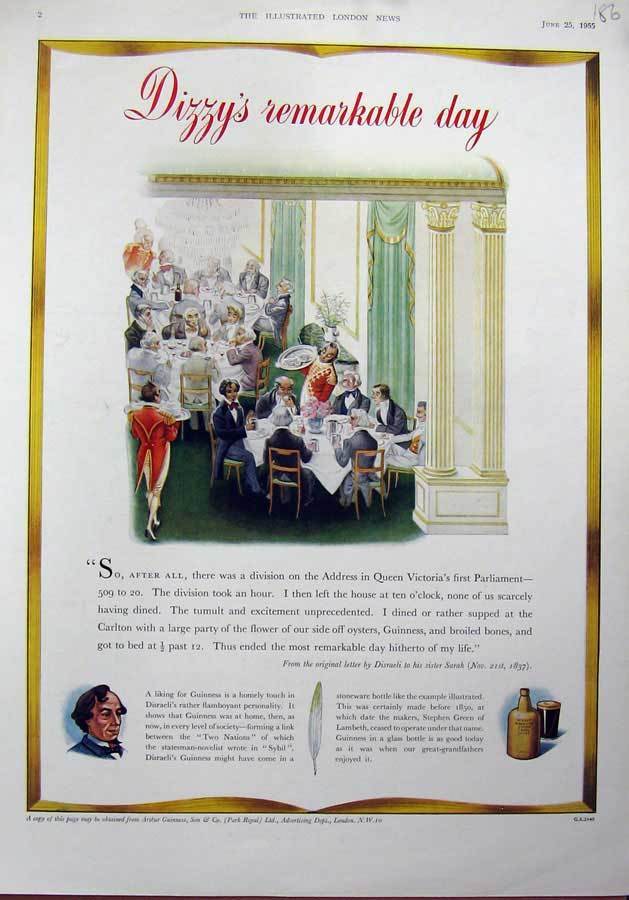