Thursday’s ad is for Guinness, from 1951. While the best known Guinness ads were undoubtedly the ones created by John Gilroy, Guinness had other creative ads throughout the same period and afterward, too, which are often overlooked. This ad, one of many that used Lewis Carroll’s Alice in Wonderland is entitled “Guinness In Festival Land,” which is the same title as a different ad with a giant clock from the same year, 1951. That’s because the Festival of Britain took place in several locations, although the main area was South Bank Exhibition, which included the Dome of Discovery, which is alluded to in the ad. There’s also more about the festival at the blog A London Inheritance. The poster was done by British illustrator Eric Fraser. 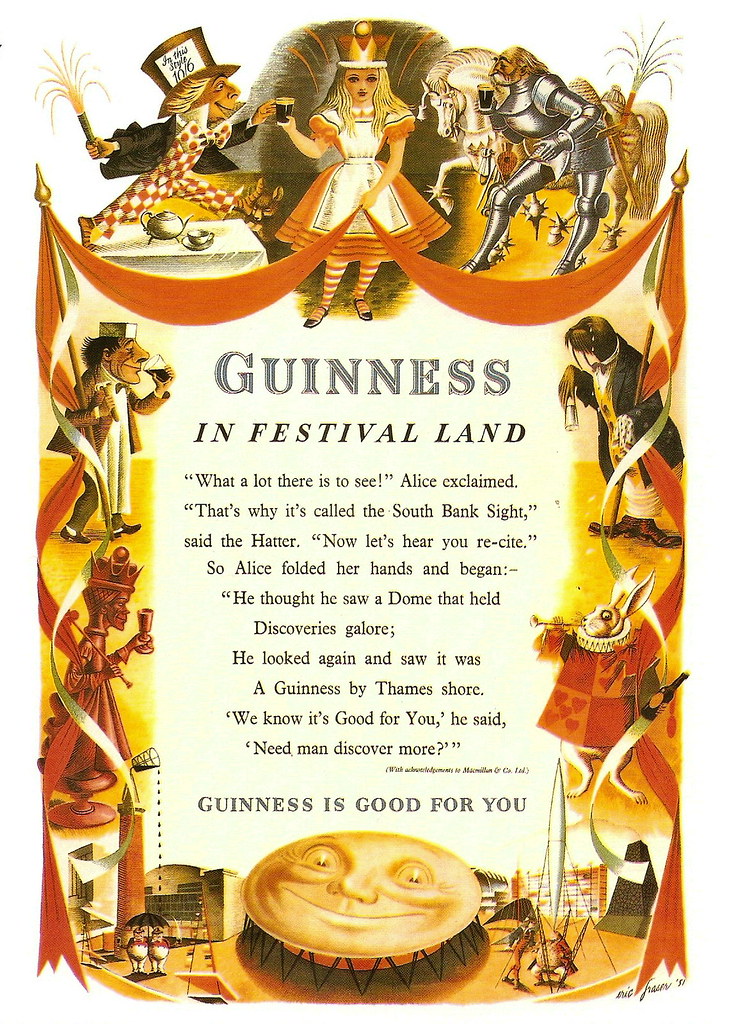