Thursday’s ad is for Rheingold, from 1953 and 1948. In the late 1940s and early 1950s, Rheingold recruited a number of prominent celebrities to do ads for them, all using the tagline: “My beer is Rheingold — the Dry beer!” In this first ad from 1953, American actor Paul Douglas, discusses what makes him smile, and you won’t be surprised to learn that one of those things is Rheingold Extra Dry. 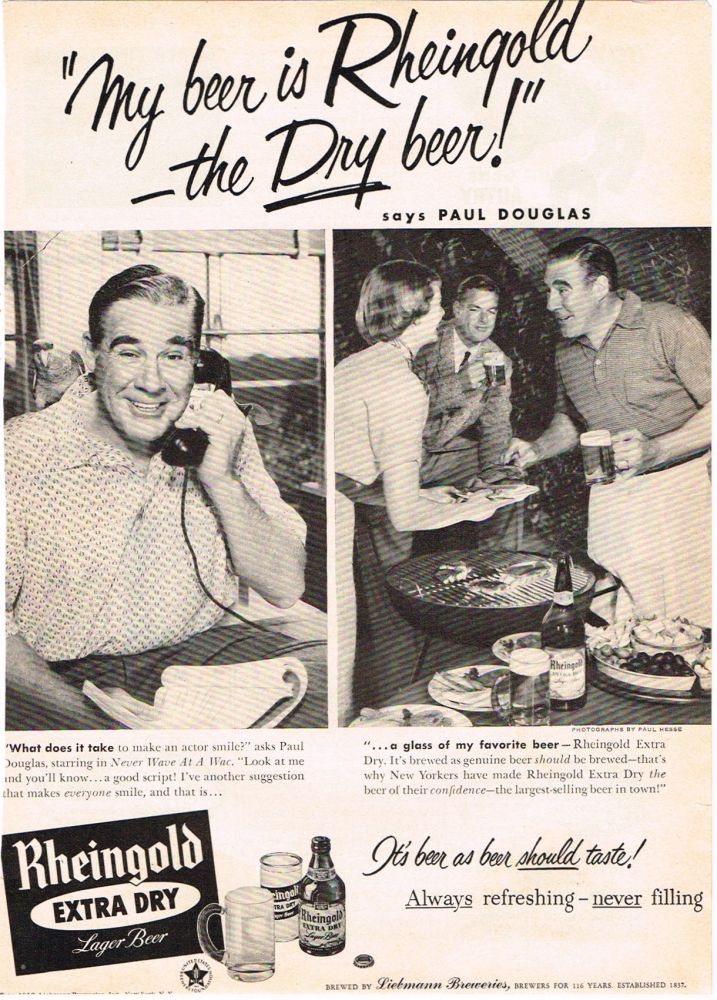 He also did an earlier ad, in 1948, and in that one he struggles with some of his favorite things, like color or book, but has no trouble with his favorite beer, which naturally is Rheingold Extra Dry. 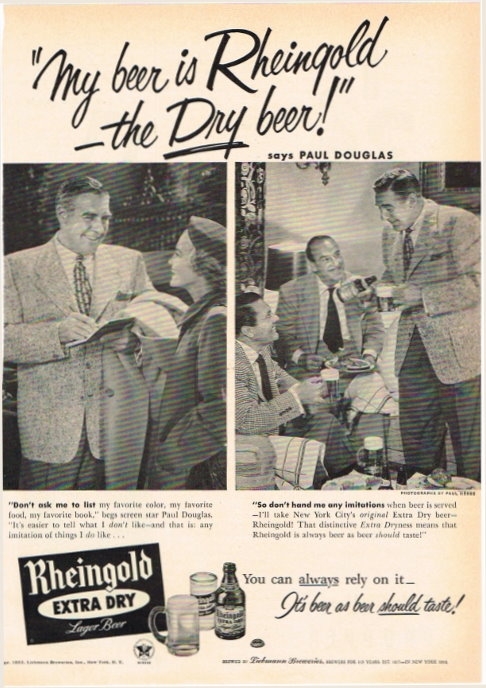