Friday’s ad is for Rheingold, from 1948. In the late 1940s and early 1950s, Rheingold recruited a number of prominent celebrities to do ads for them, all using the tagline: “My beer is Rheingold — the Dry beer!” In this ad, American stage, film and television actress Joan Bennett who speculates that a successful or popular movie is one “that more people want to spend an evening enjoying,” which is true for a book, a band or a beer, like Rheingold Extra Dry beer. 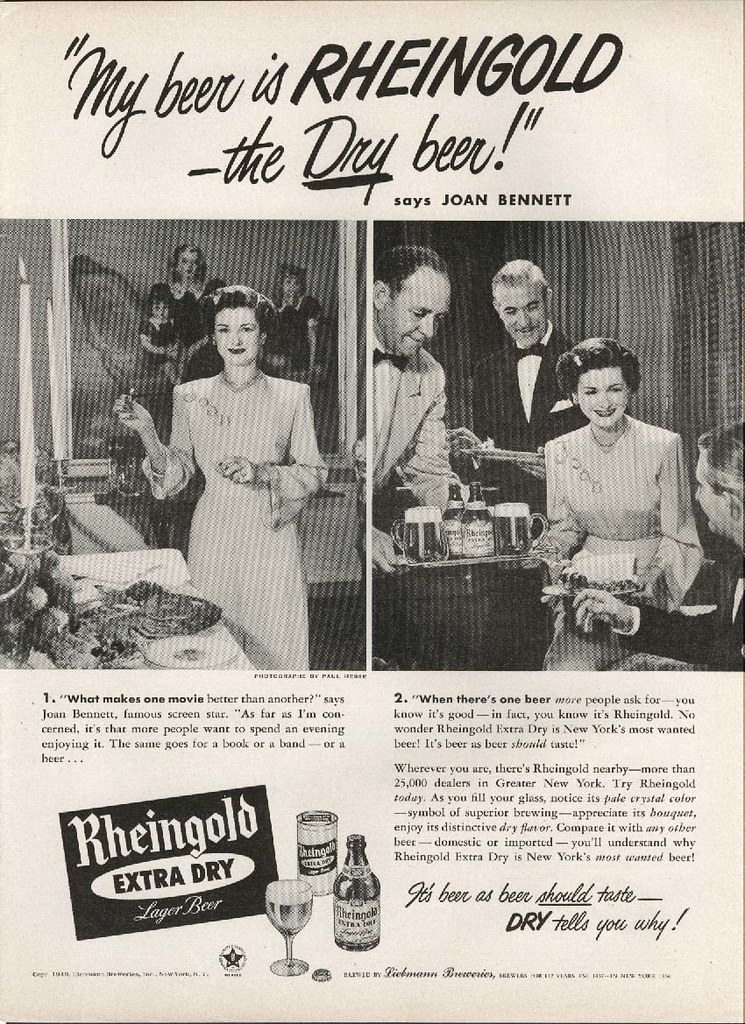