Saturday’s ad is for Rheingold, from 1948. In the late 1940s and early 1950s, Rheingold recruited a number of prominent celebrities to do ads for them, all using the tagline: “My beer is Rheingold — the Dry beer!” In this ad, American actor, Farley Granger who says he like one kind of art, while friends often like a different type, but that they all agree on Rheingold Extra Dry beer. 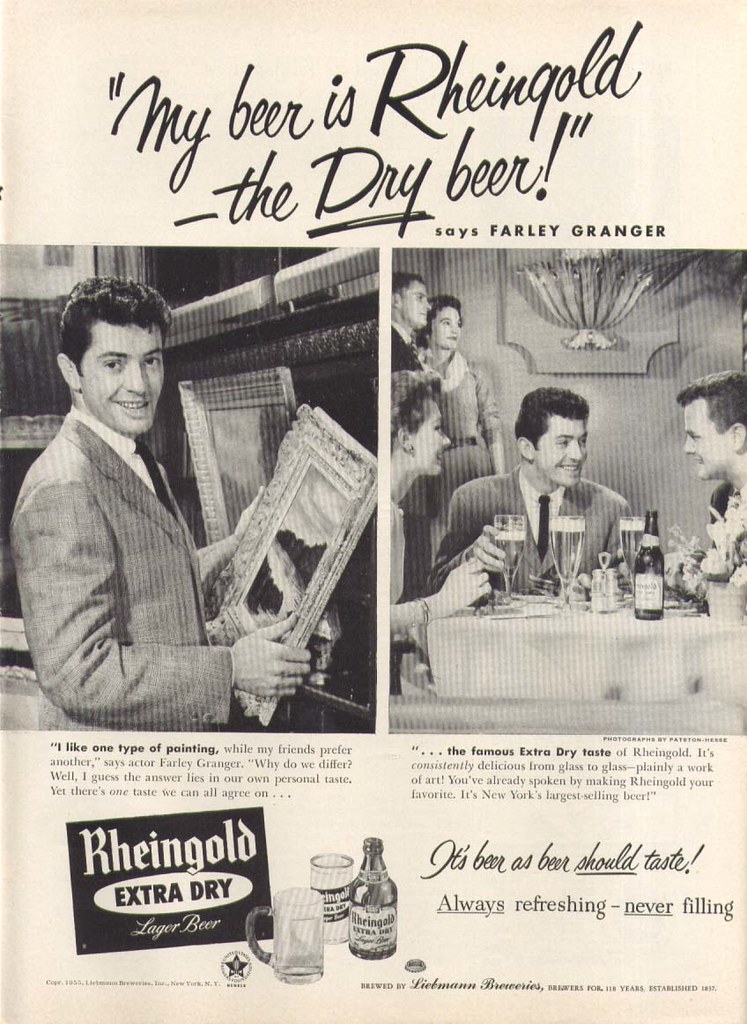