Saturday’s ad is for Rheingold, from 1941 and 1950. In the 1940s and 1950s, Rheingold recruited a number of prominent celebrities to do ads for them, all using the tagline: “My beer is Rheingold — the Dry beer!” This ad features American tennis champion Don Budge. “He was a World No. 1 player for five years, first as an amateur and then as a professional. He is most famous as the first player, male or female, and only American male to win in a single year the four tournaments that comprise the Grand Slam of tennis and second male player to win all four Grand Slams in his career after Fred Perry, and is still the youngest to achieve that feat. He won 10 majors, of which six were Grand Slams (consecutively, male record) and four Pro Slams, the latter achieved on three different surfaces. Budge was considered to have the best backhand in the history of tennis, at least until the emergence of Ken Rosewall in the 1950s and 1960s.” In this ad from 1941, Don Budge discusses how thirsty he gets after playing multiple sets of tennis, giving him “a man-size thirst!” So after a match he heads for the nearest bar for a bottle of Rheingold Extra Dry. 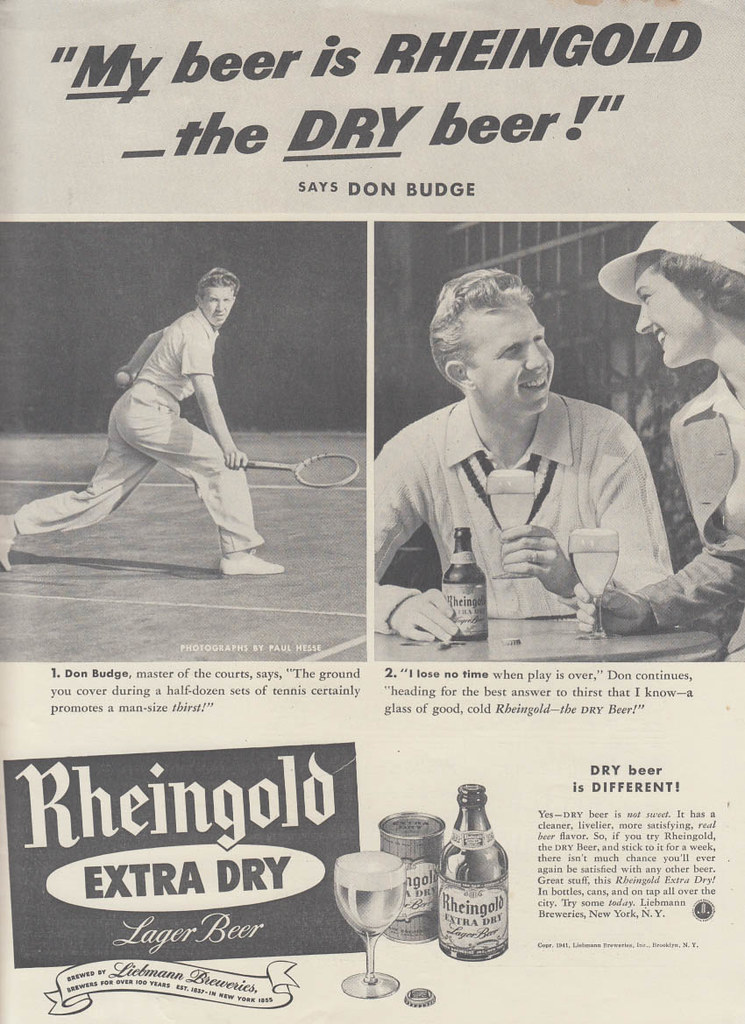 In this later ad from 1950, he doesn’t want to list the other tennis players he considers the “all-time best players,” but he will reveal his favorite beer, which of course is Rheingold Extra Dry. 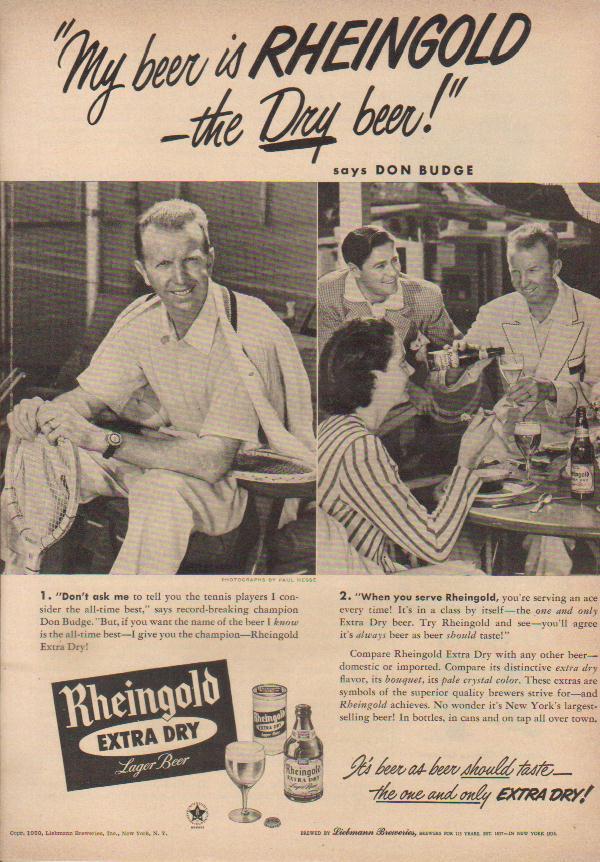 He also did another Rheingold ad in 1946.