Tuesday’s ad is for Rheingold, from 1942. In the 1940s and 1950s, Rheingold recruited a number of prominent celebrities to do ads for them, all using the tagline: “My beer is Rheingold — the Dry beer!” This ad features American singer and actress Rosemary Lane. She was one of the Lane Sisters, a family musical group. “Lola, Rosemary, and Priscilla co-starred in four films together: Four Daughters (1938), Daughters Courageous (1939), Four Wives (1939) and Four Mothers (1941). Leota did not find the same success as her sisters and left Hollywood for New York City before the sisters’ breakthrough.” In this ad, Rosemary talks about how strenuous and tiring rehearsing can be, and how she likes to combat her fatigue by drinking Rheingold Extra Dry. 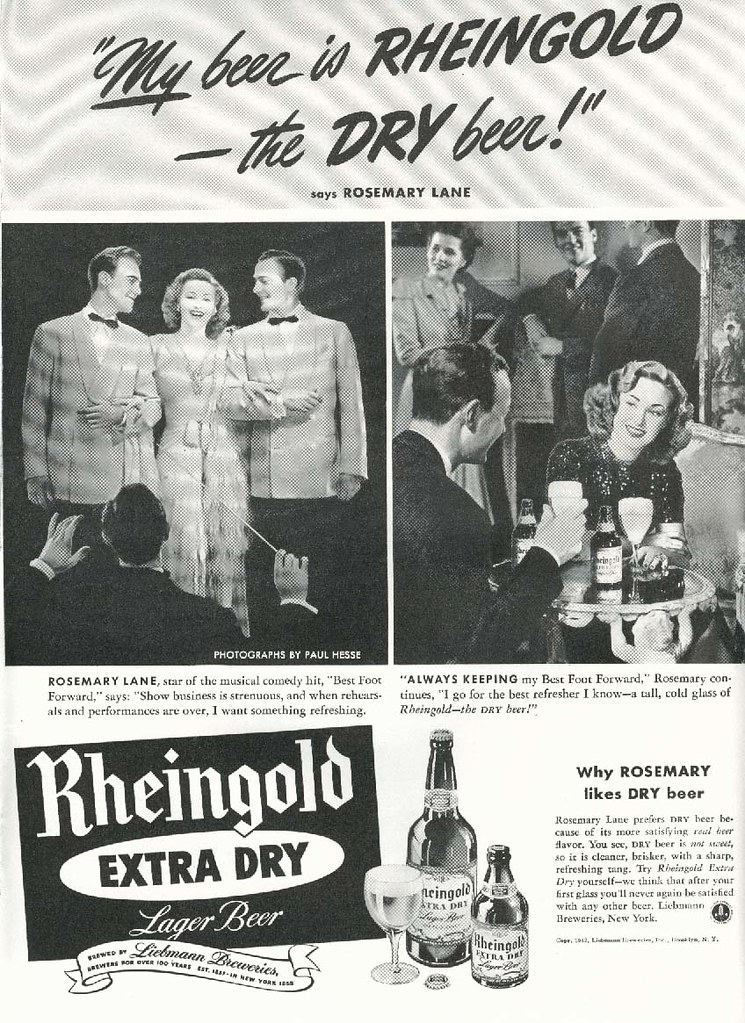