Wednesday’s ad is for Rheingold, from 1946. In the 1940s and 1950s, Rheingold recruited a number of prominent celebrities to do ads for them, all using the tagline: “My beer is Rheingold — the Dry beer!” This ad features American sports writer Stanley Woodward. “Sportswriting legend Stanley Woodward had a 43-year career [as a] sportswriter and editor.” In this ad, Woodward confesses that he’s gotten many, many sports predictions wrong, but then suggests one prediction he won’t get wrong is that you’ll like Rheingold Extra Dry. 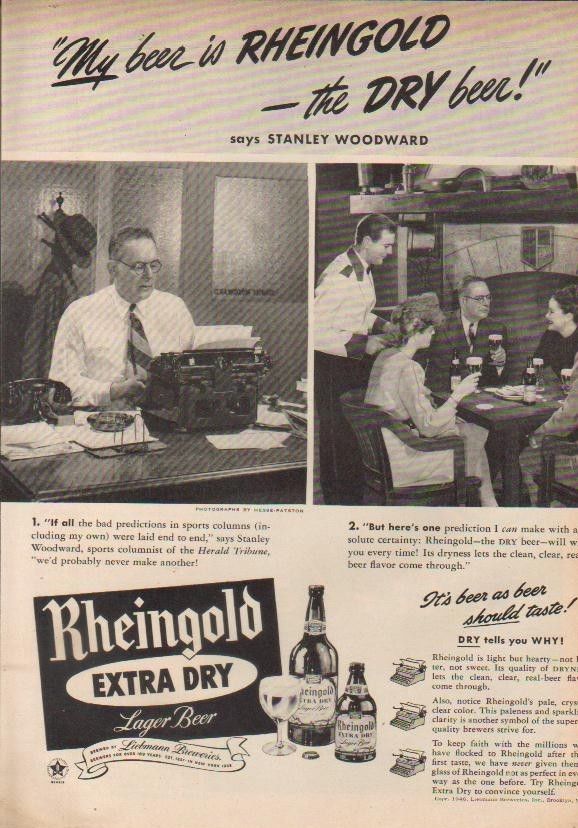