Sunday’s ad is for is by the Brewing Industry Foundation, from 1956. Beginning during World War II, the USBIF began a series of positive ads under the name “Morale is a Lot of Little Things” followed by an unnumbered series of illustrated ads that were a precursor to the numbered “Home Life in America,” the crown jewel of ads which ran from 1945 to 1956, also known as the Beer Belongs series. But they didn’t end there, and for a short time afterward, beginning in 1956, several more similar ads were created but without the numbering or the “Home Life in America” association.

In this ad, entitled the “Best Part of the Day,” the scene is two couples on a boat enjoying some beer and potato chips, which a setting sun in the background. The painting was done by Douglass Crockwell, who was an “American commercial artist and experimental filmmaker. He was most famous for his illustrations and advertisements for the Saturday Evening Post and for murals and posters for the Works Progress Administration.” The inset box is interesting. In it, the reader is cautioned against letting too much sunlight hit the bottle, to preserve its flavors. 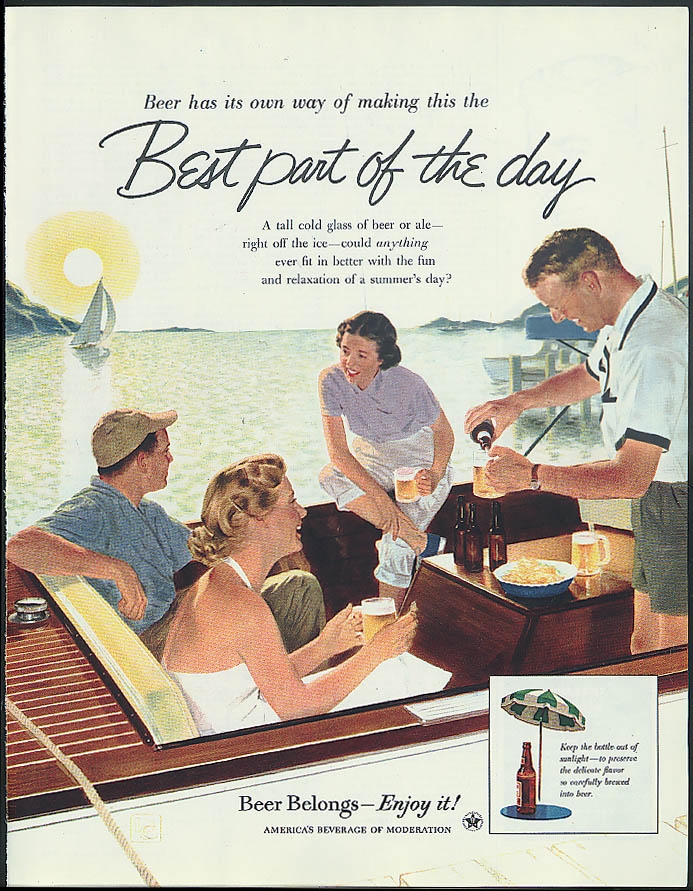