Today is Kurt Widmer’s 70th birthday. Kurt is, of course, one of the bros in Widmer Brothers. He and his brother Rob helped found the Oregon Brewers Festival, created the style American Hefeweizen and are one of the few small brewers that have managed to retain their spirit and reputation as they’ve grown much larger. A few years ago, Kurt announced that he would be retiring, which hopefully he’s enjoying to the fullest. Join me in wishing Kurt a very happy birthday. Kurt (at left) and Rob Widmer with their wives at the Oregon Brewers Festival several years ago. Rob and Kurt Widmer accepting the gavel in July 2007 from Jack Joyce and John Maier from Rogue, for 2008 when that next year they hosted OBF. 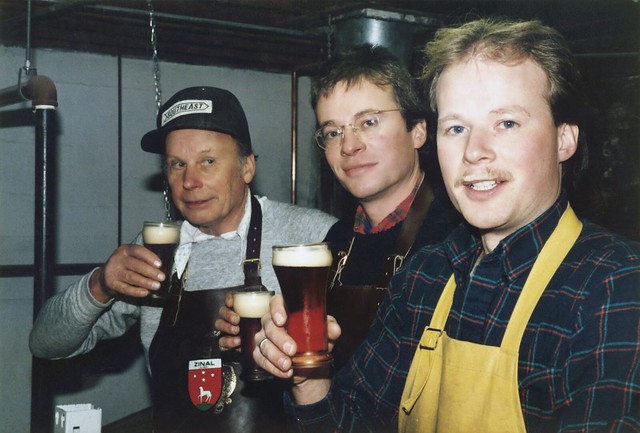 Ray, Kurt and Ron Widmer at the start of the brewery.