Today is Mark Carpenter’s 79th birthday. Mark had been the head brewer at Anchor since 1971 and is responsible for much of their success over the years. Not too long ago, he celebrated his 40th anniversary at Anchor, and he began stepping back from his day-to-day duties, a process which took several years, but now he is officially retired, although happily I still see Mark from time to time around the neighborhood. He’s a terrific person and one of the nicest people I know. Join me in wishing Mark a very happy birthday. Dave Suurballe with Mark at Anchor a few years ago. Me and Mark at the Anchor Christmas party a few years ago. 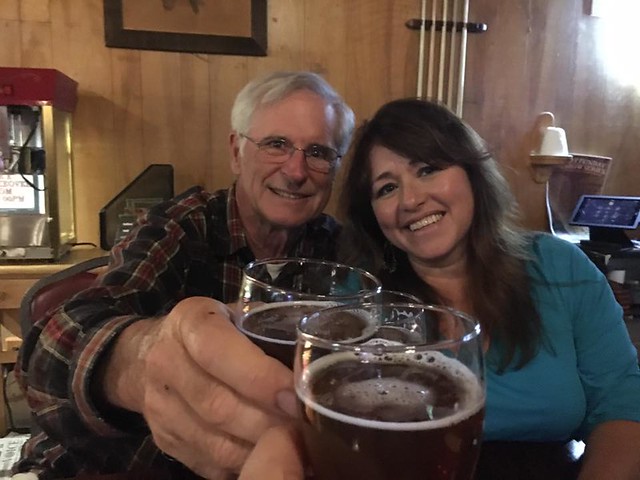 Mark, Herlinda Heras and me (I’m holding the third glass) toasting our friend Glenn Payne, who passed away in late 2015.