Today is the 43rd birthday of Peter Hoey, who used to be the brewmaster at Sacramento Brewing, then left to launch a new brewery, Odonata Beer Co., with Rick Sellers, which sadly ran into some hurdles that had nothing to do with how good the beer was that Peter was making. He’s also brewed at Sierra Nevada and Bison Brewing, too. Then Peter was working at Brewers Supply Group, having taken over Mark Worona’s old job (since he’d been promoted). More recently, he left BSG to start his own brewery in downtown Sacramento, Urban Roots Brewing, where he’s making some absolutely stellar beers. Peter partnered in the venture with Rob Archie, who also owns the Pangaea Bier Cafe. Peter’s a great brewer and has become a good friend over the years. Join me in wishing Peter a very happy birthday. 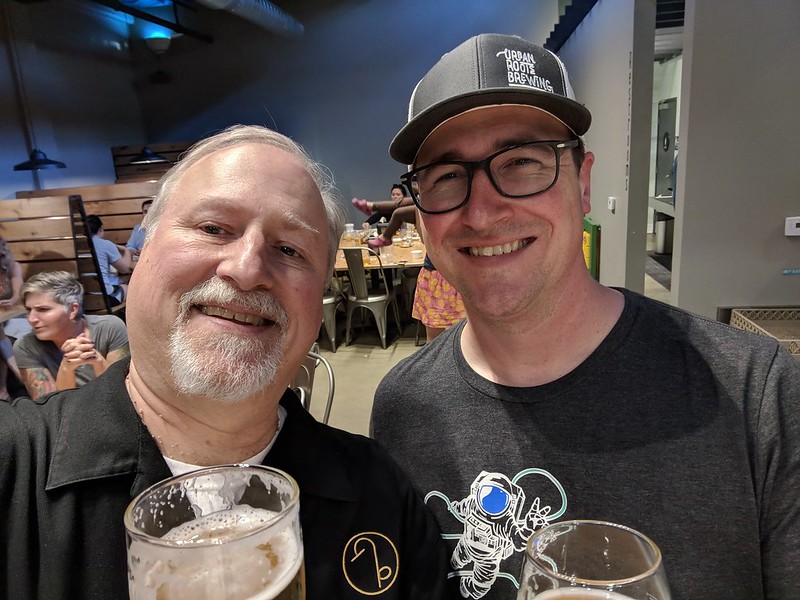 Peter and me at Urban Roots during the California Beer Summit. Former Odonata partner Rick Sellers with Peter at GABF in 2010. Peter at the GABF Brewers Reception in 2007, along with Rich Norgrove from Bear Republic and Arne Johnson of Marin Brewing. Peter, looking about twelve, and Steve Altimari, from High Water Brewing, at the first Raley Field Beer Festival in 2007. 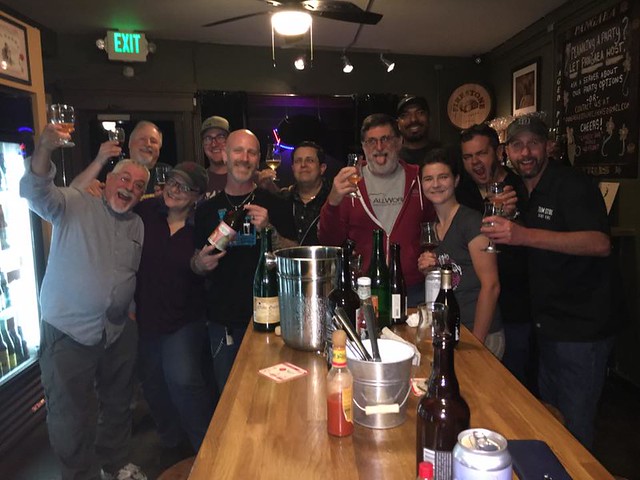 With a group of people a couple of years ago at Pangaea Bier Cafe during judging for the California State Fair.