You are here: Home / Birthdays / Beer Birthday: Will Kemper

Today is the 73rd birthday of Will Kemper, who’s the brewmaster of Chuckanut Brewery & Kitchen in Bellingham, Washington. Will was the “Kemper” in the early brewery “Thomas Kemper,” which was an early lager brewery first in Poulsbo, and later nearby on Bainbridge Island in Washington. I first visited the brewery on my honeymoon in 1996, after it had been sold to Pyramid (then Hart Brewery) in 1992. After Thomas Kemper, Will became a brewery consultant, helping launch such breweries as Philadelphia’s Dock Street, Seattle’s Aviator Ales, Capital City Brewing in D.C. and Denver’s Mile High Brewing. Later, he and his wife Mari moved to Turkey, building a brewery in Istanbul called Taps. After the Taps project was completed they returned to their home in Bellingham, Washington and opened Chuckanut Brewery & Kitchen. Within a year of opening, Chuckanut and Kemper were named small brewery and brewmaster of the year at GABF in 2009. Needless to say, Will’s a terrific brewer. I reconnected with Will when CBC was in Chicago when I ran into Will and Mari, along with Charles and Rose Ann Finkel, and ended up spending the evening bar hopping with them. Join me in wishing Will a very happy birthday. 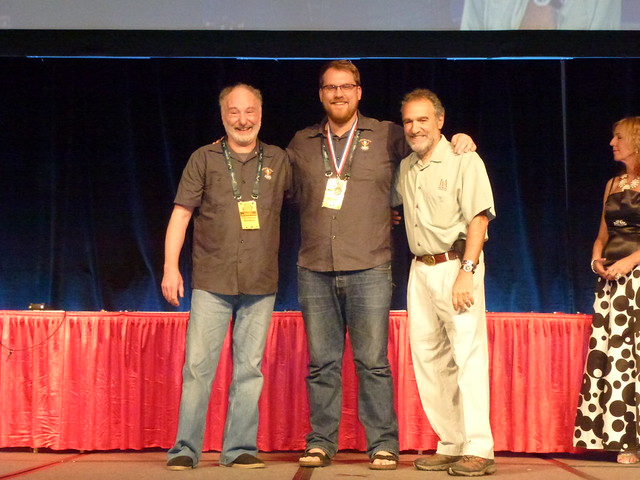 Will accepting a medal at the 2011 GABF awards. 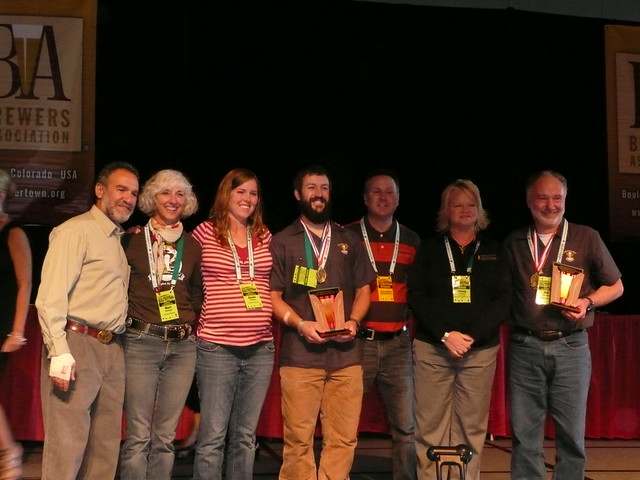 Mari (next to Charlie on the left) and Will (far right) with the Chuckanut crew winning small brewery of the year in 2009. 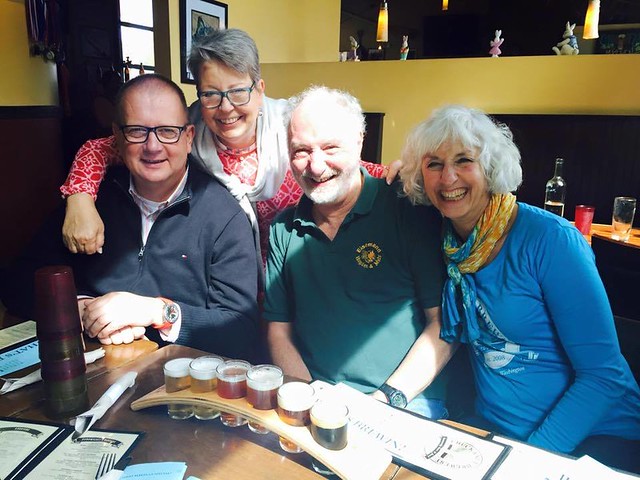 Thomas and Sabine from Weyerman’s with Will and Mari during a visit to Chuckanut. 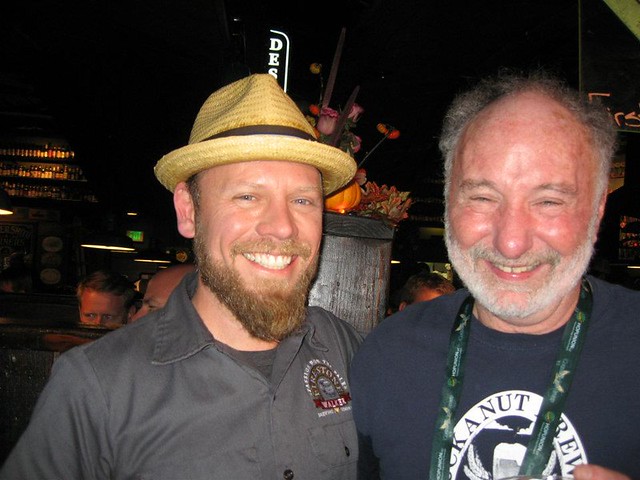 Matt Brynildson and Will at GABF in 2011.