Back in 2009, I wrote a post about Beer Excise Taxes By State, based on data from by the Tax Foundation, and they also created a nice map of the 50 states with the individual beer excise tax brewers in each state has to pay in addition to the federal excise taxes, too.

They’ve now updated that map with more recent tax rates as of January 1, 2015. As they note, “[t]ax treatment of beer varies widely across the U.S., ranging from a low of $0.02 per gallon in Wyoming to a high of $1.29 per gallon in Tennessee.” They also acknowledge that “taxes are the single most expensive ingredient in beer, costing more than labor and raw materials combined,” citing an economic analysis that found “if all the taxes levied on the production, distribution, and retailing of beer are added up, they amount to more than 40% of the retail price.” 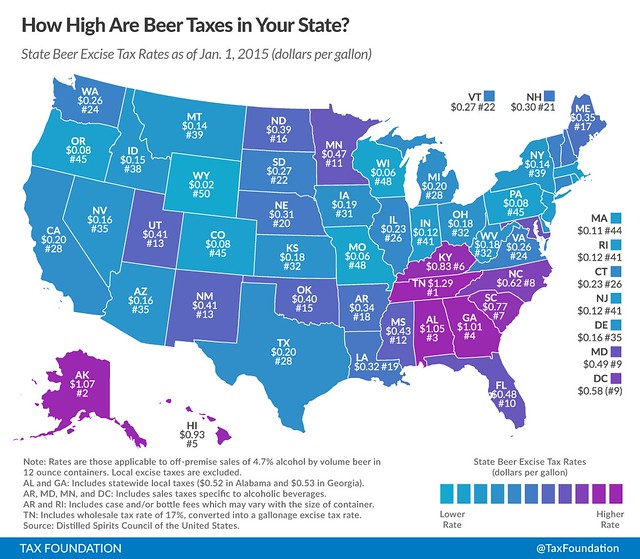