Wednesday’s ad is for Budweiser, from November 1948. Part of their “Great Contributions to Good Taste” series, according to the story, it was poor French peasants who discovered that turkeys could be raised and eaten and they became wildly popular there, when news travelled back to the colonies and the rest, as they say, is history. Happy Thanksgiving tomorrow, 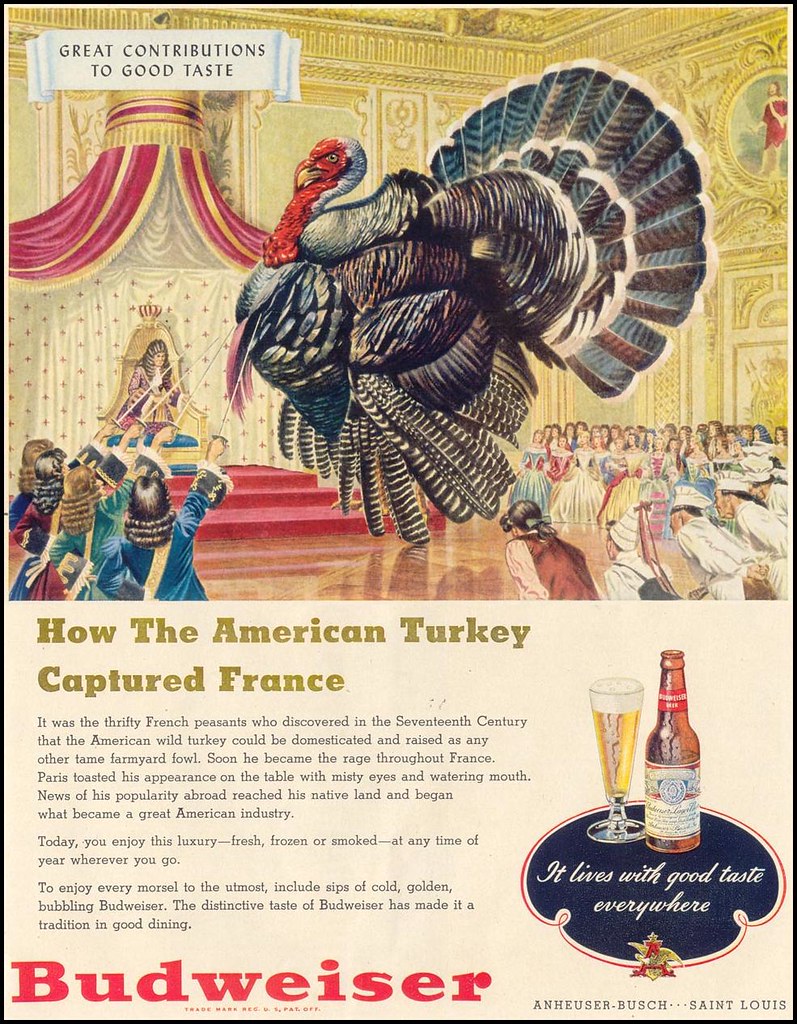