Monday’s ad is for Long Life, from 1963. The canned beer Long Life Beer was made by Ind Coope beginning in the 1950s, making it one of the early beers in cans in the UK. They launched a series of ads claiming that the recipe was formulated specifically for the can, and as a result “it never varies!” But it certainly looks good for out-of-focus fishing. 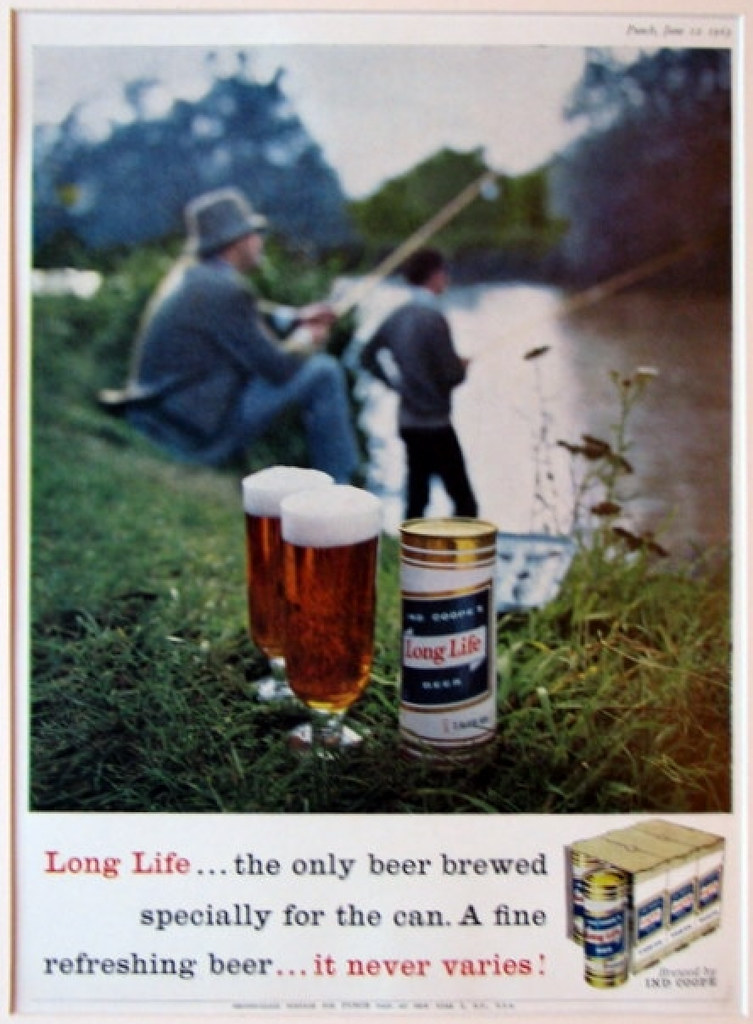