Tuesday’s ad is for Rheingold Beer, from 1953. Today is the birthday of actor John Wayne, who would be 108 if he was still alive. During his lifetime, he did commercials for several beer companies, including this ad for Rheingold Beer. 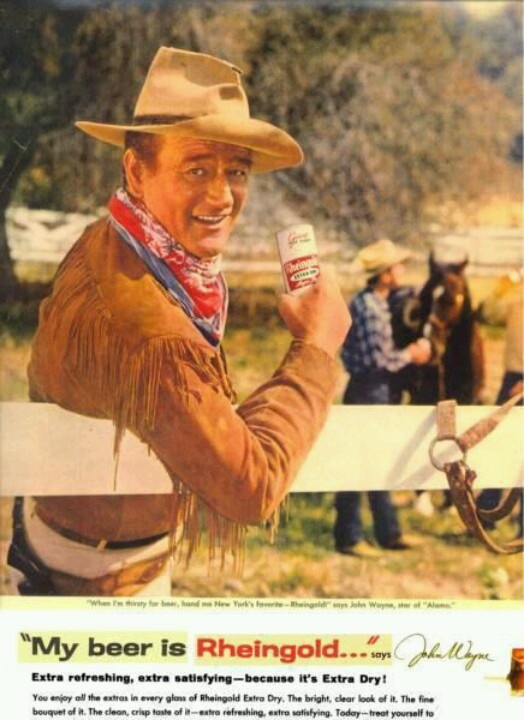 The image below is a little clearer, but the bottom of the ad has been clipped. 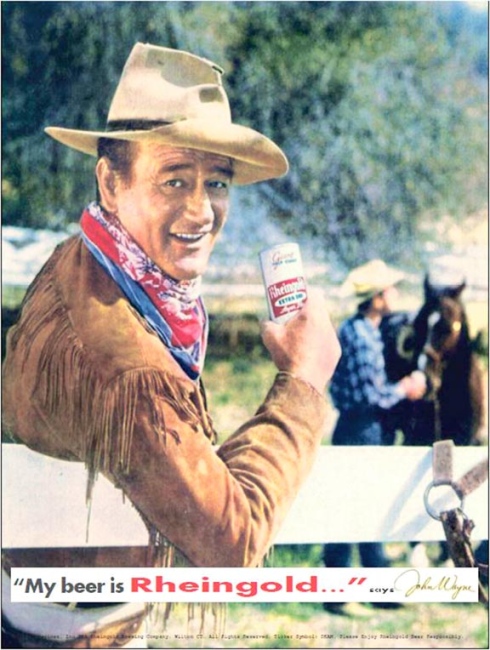