Saturday’s ad is for 3 Hoefijzers Bier, from Breda in the Netherlands. The Three Horseshoes was founded in 1628, although there had been a brewery on the same site since 1538. The copy on the old ad (I’m not sure when it’s from) translates as “the surprise of Breda,” which may refer to a battle there, possibly the Capture of Breda in 1581 or the Capture of Breda in 1590 or it could be another battle entirely. In 1995, after many years of mergers, Interbrew bought the brewery, but in 2007 was razed to build a residential complex. 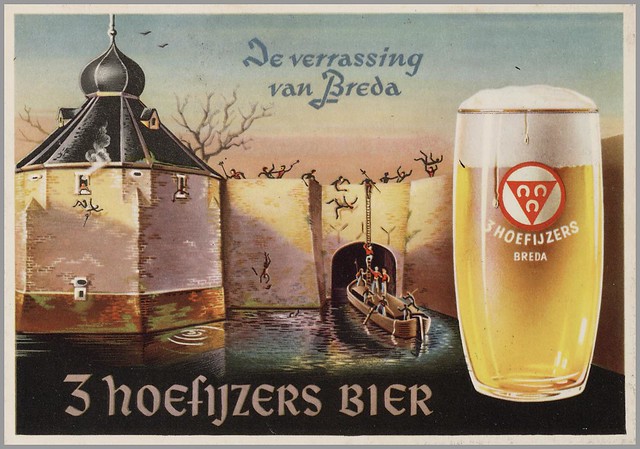