Saturday’s ad is for Rheingold Beer, from 1937. This was an unusual ad for independence day, using a snowman in July to talk about “the glorious Fourth.” And the snowman is lighting a firecracker, it must have really stood out in a magazine or newspaper published in the summer. And another oddity: there’s a circle containing the pjrase “beer is best,” which was a phrase being used at the time in Great Britain by a brewers trade group so it’s interesting to see it in an American ad during the same time period. 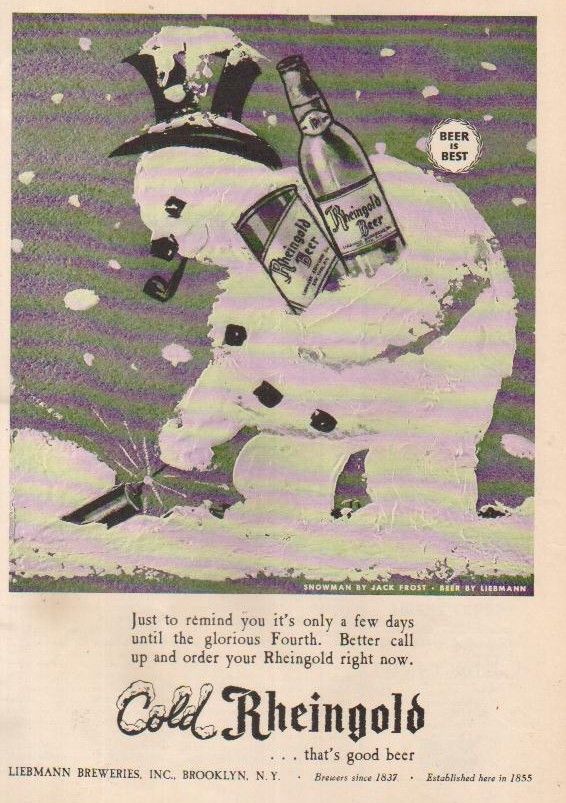