Wednesday’s ad is for Brading’s Ale, from 1956. Brading’s was a Canadian brand that in 1930 merged with two other breweries to become part of Canadian Breweries Limited. The creepy man with the pipe looks like Laura Palmer’s father from Twin Peaks, played by Ray Wise. The tagline “At the flip of a cap, friendly pleasure,” seems somewhat odd, and I’m not quite sure what they were getting at. The unseen person was obviously flipping the cap like you would a coin, but what did the winner get? The beer? Did they have to pay the tab? Aren’t they in a fishing lodge, cabin or somewhere private, not a bar? “Mighty refreshing,” indeed. But the funniest of all is that last sentence. “Try a case!” While most marketers are happy if you try just one of their product, Brading’s is starting out by suggesting a case. After all, you can’t really be sure with just one bottle, or even ten. To really give it a fair chance, you need at least twenty-four bottles. 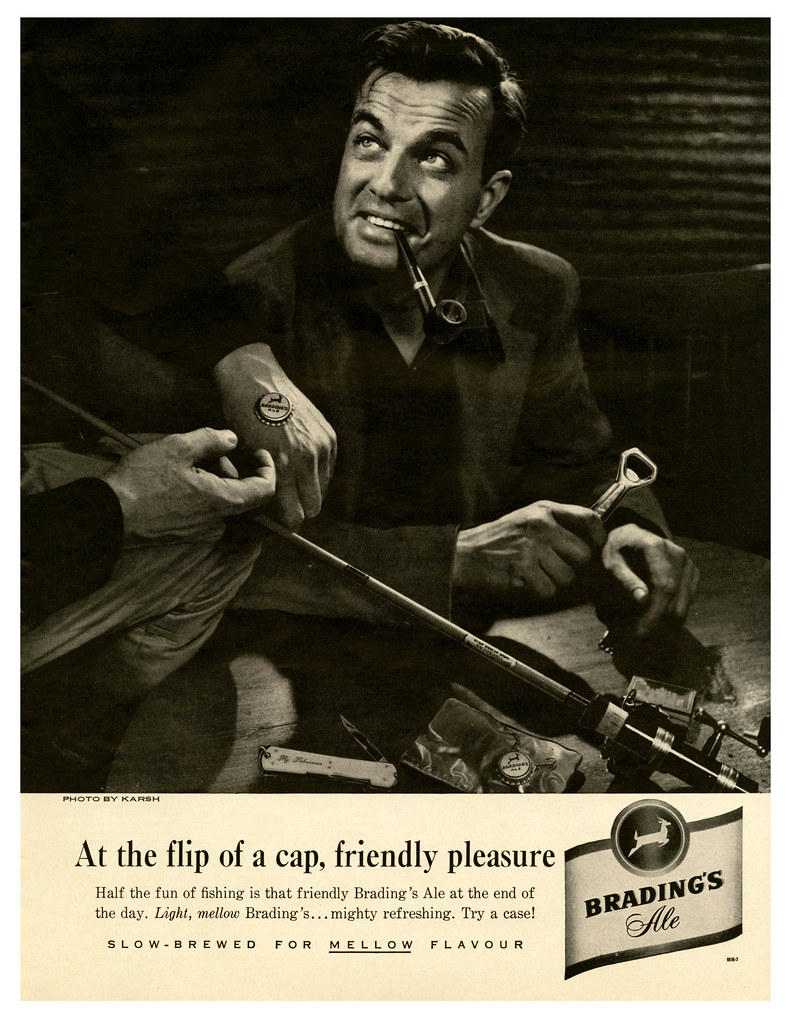