Monday’s ad is for Kirin Lager, from the early 1990s, probably 1994. I’m guessing 1994, because Ford also did a television commercial for Kirin that year. Featuring actor Harrison Ford, whose birthday is today, the poster is advertising Kirin Lager. According to one account, here is a translation of the poster, which was seen in a convenience store window: 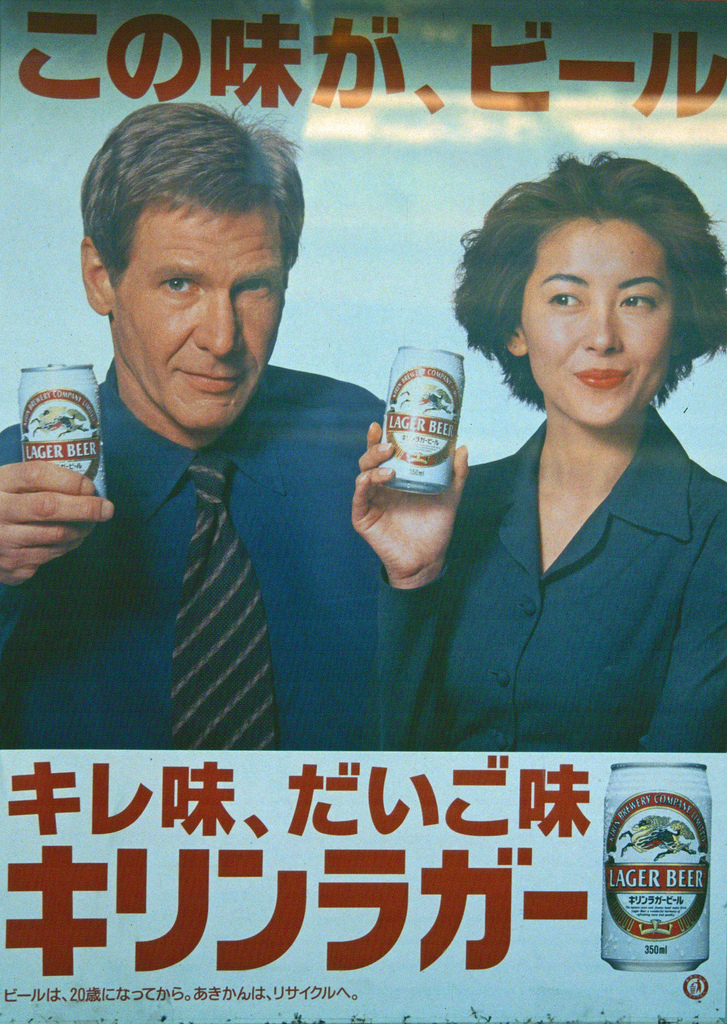 And apparently the small letters at the bottom here translate as: “You have to be 20 years old for beer and recycle the empty cans.”