Thursday’s ad is for Ballantine Ale, from 1940. A bottle of Ballentine Ale sits in front of a framed picture of a 100-year old ship to celebrate Ballantine’s 100th anniversary. In fact, the ship is coming out of the frame, as is a red flag/handkerchief/whatever, which is actually pretty cool. The subheading, “The Flavor of Ballantine’s Ale is a Century Old — A Century Great” seems odd. I know they don’t mean it this way, but it strikes me that they’re saying the flavor is old, 100 years old, which doesn’t seem like much of a compliment. 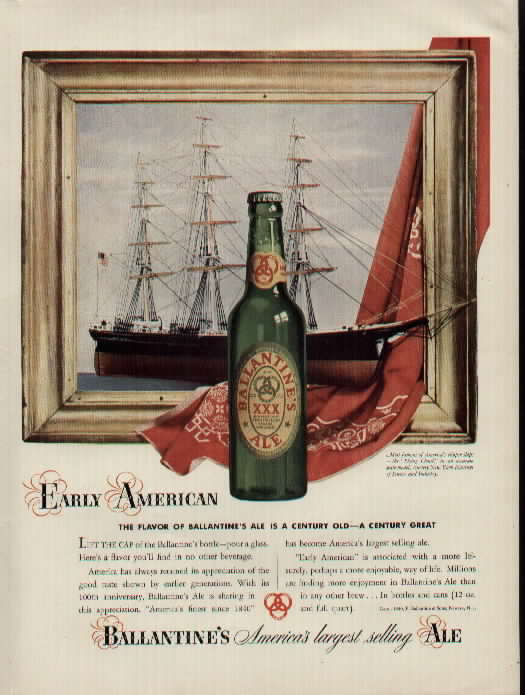