Saturday’s ad is for Carling Black Label, from 1958. A man’s up a ladder, doing some sort of work around the house, presumably. The ad reads: “Time for a break!” Maybe it’s just me, but it seems the more prudent way to take that break might have been to climb down off the ladder first before enjoying a glass of beer. It doesn’t even look like one of those ladders where there are two sides making it relatively stable, at least from what we can see. Don’t drink and climb ladders seems like a good, if inelegant, rule of thumb. It’s also another instance of a “friendly” beer, stating. “It’s the friendly beer at the friendly, popular price.” 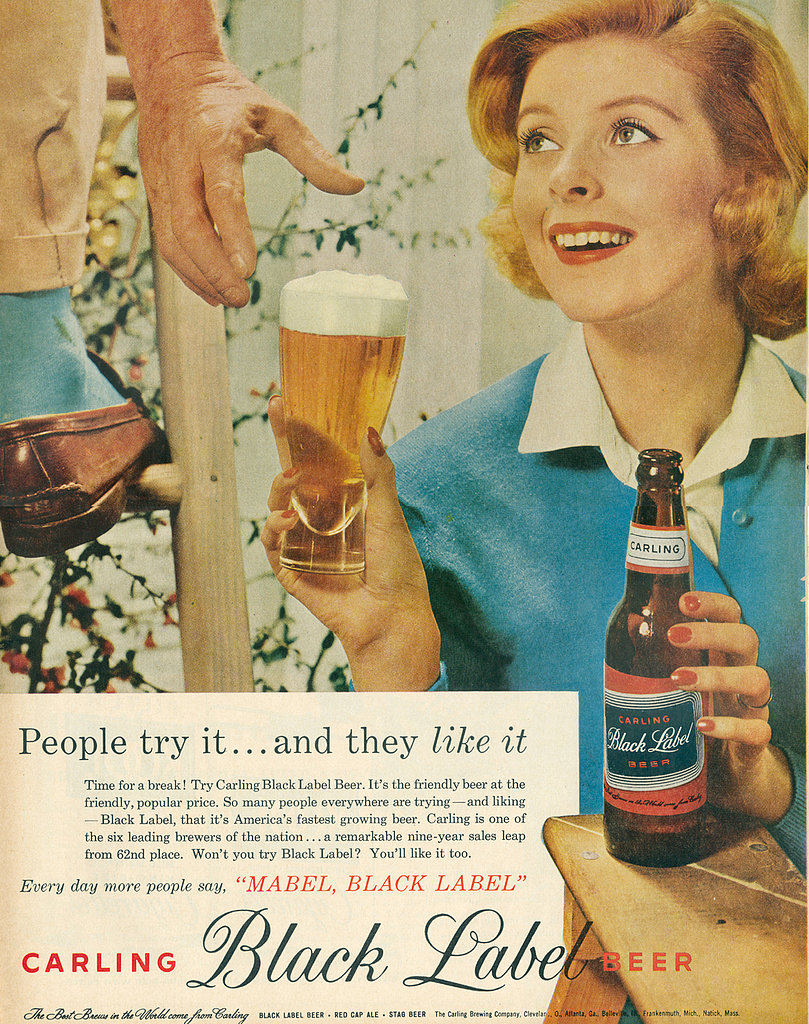