Monday’s ad is for The Robert Smith Ale Brewing Co., from sometime after 1896 but before Prohibition. From what I can tell, while the brewery was founded in 1774, it wasn’t known as The Robert Smith Ale Brewing Co. until 1896, when it acquired by C. Schmidt & Sons and operated as one of their divisions (although another source claims Schmidt’s took over the Robert Smith brewery in 1881). The casks stacked to the left in the ad each have a different beer printed in them, suggesting this was the line of beers offered by the brewery at the time of the ad. The beer’s listed are Tiger Head I.P.A., India Pale, Burton, English Pale, XXX, Old Musty, Brown Stout and Imperial Burton. Only Tiger Head I.P.A. and the Brown Stout also have “Bottling” printed in smaller letters at the bottom of the head of the cask, so I suspect those were the two beers they may have offered in bottles. 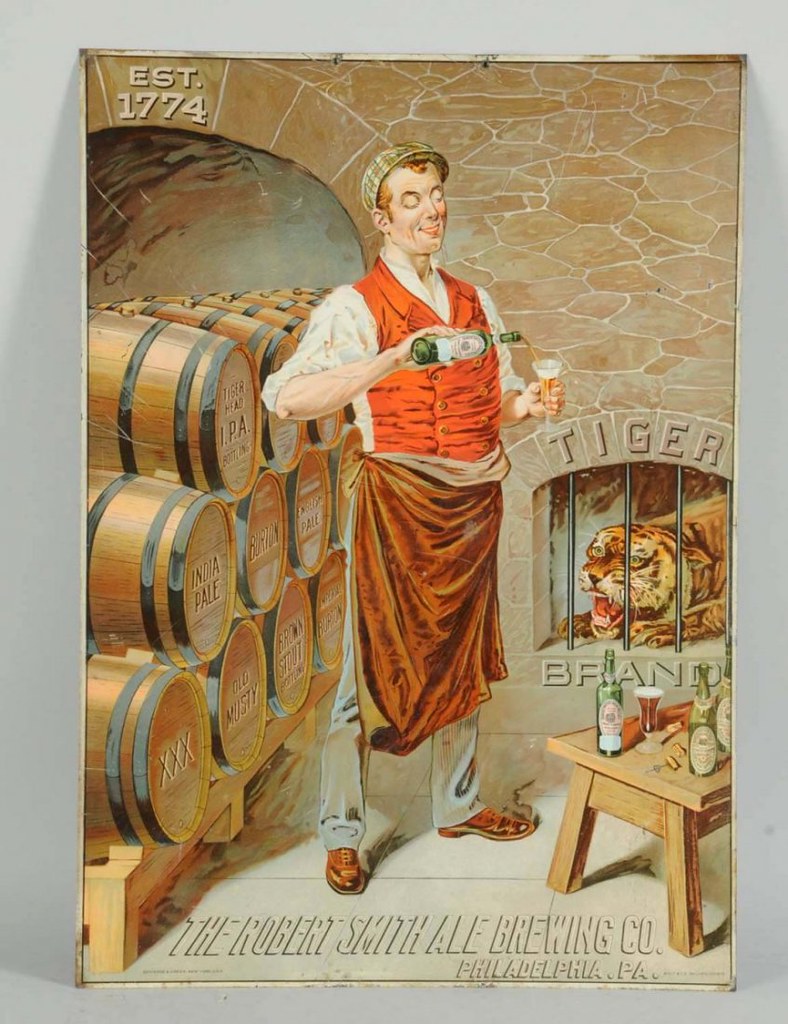