Wednesday’s ad is for Brüna, from 1950. I have no idea about the beer itself, but the poster was done by Raymond Savignac, a famous French illustrator at the time. Do a Google image search for him and you’ll see his widely copied style. The French text “La Biere Qui Rechauffe” translates, at least according to Google translate, as “Beer that warms,” which seems curious, although perhaps not to a polar bear (or is it a brown bear?). 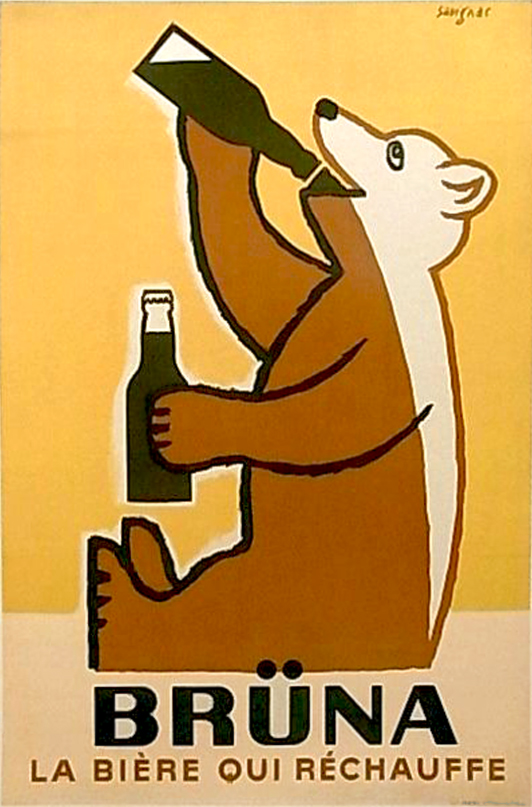