Monday’s holiday ad is for Michelob, from 1980. This holiday ad for Michelob featured actor John Forsythe, who’s best know for being the voice of Charlie in Charlie’s Angels and on the 1980s TV show Dynasty. And right before joining the cast of Dynasty, he did this ad for Michelob, where he’s putting out some bottles of beer into a bowl of ice for a party. Notice the six-pack in the corner that’s been decorated with a wreath. I can’t say I recall them doing special holiday carriers, but then I didn’t really drink the beer in 1980, either. 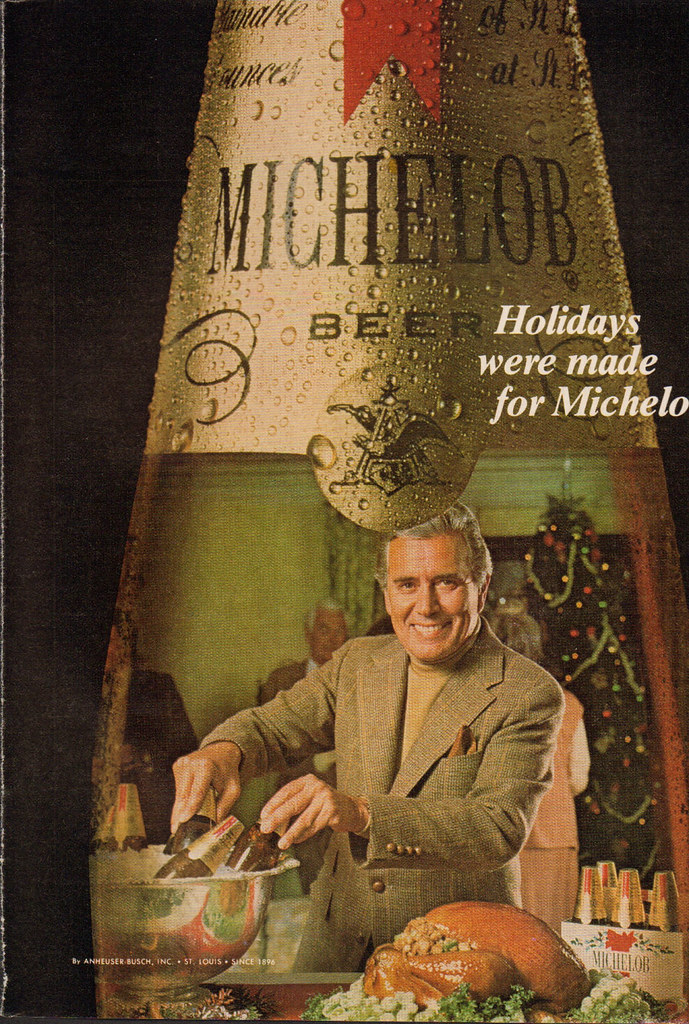