Thursday’s ad is for Feldschlösschen Bock, from around 1910. It was produced by A. Trüb & Cie, a Swiss printer though I’m not certain if the brewery is likewise from Switzerland. There is a Feldschlösschen in Dresden, Germany which apparently been brewing there since 1858. I only remember Radebgerger being (near) there when I visited Dresden a little over ten years ago. Another source claims it’s for the “Feldschlösschen Bock brewery in Aarau, Switzerland,” but it seems unlikely there would have been two breweries so close to one another with the same name. It’s more stylized the older bock ads, but is still pretty cool. 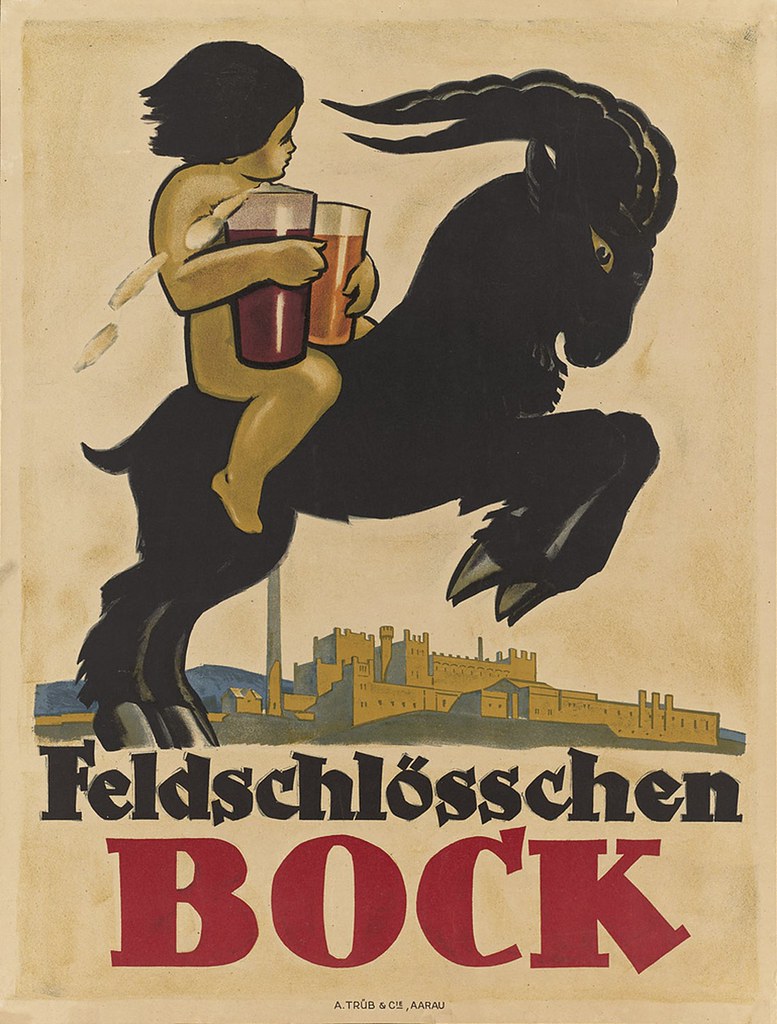