Monday’s ad is another one for Frank Fehr Brewing Co.’s Bock Beer, probably from the 1890s. The brewery was located in Louisville, Kentucky, but started out as the Otto Brewery. Its name changed to Frank Fehr in 1890, and remained that name until it closed in 1964. In this one, Tevye the Goat fiddles on top of a barrel of bock beer. He may be a small goat, but he plays with heart. 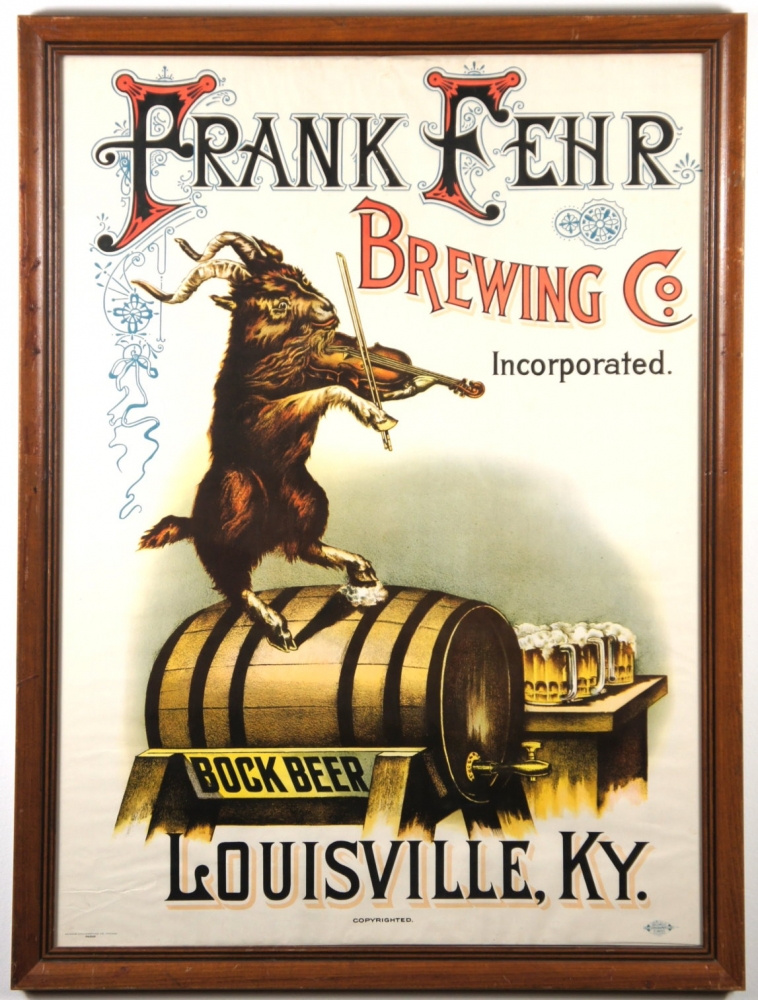